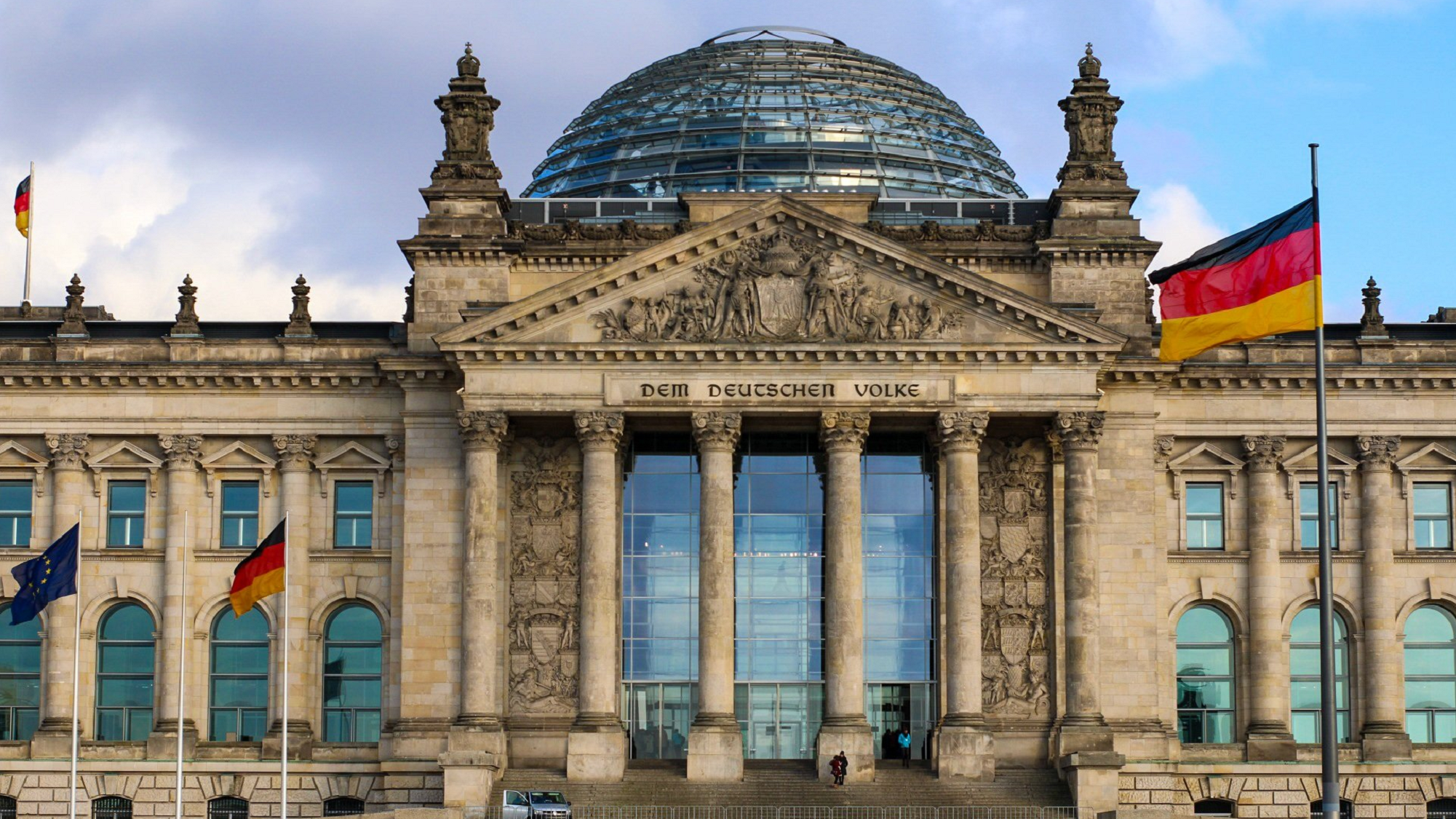 Afghanistan: Taliban overrun city of Kunduz — as it happened

DW – The Taliban have overrun the northern provincial capital of Kunduz as their offensive continues. It is a major blow for Afghan forces and it is not the only city where fierce fighting is taking place.

Taliban warn the US against intervening

The Taliban’s political spokesperson Mohammad Naim told Al-Jazeera TV on Sunday that the radical Islamist group had no ceasefire agreement with the Afghan government and warned the US against further intervention. He also blamed the government for the fighting, calling them the aggressors and claimed the Taliban’s attacks were a response. Separately, Al-Jazeera quoted another Taliban spokesman as saying that the militants wanted peace.

“We have the capabilities to take over cities but we were waiting for them and our policy is for peace and reconciliation but of course when they [government] launched an offensive against us, they started the bombing campaign against us, we reacted and took two provincial centres,” said Suhail Shaheen.

Can the Taliban take control of the whole of Afghanistan?

Adam Weinstein, research fellow at the Quincy Institute for Responsible Statecraft, told DW that he does not think it is inevitable that the Taliban take over the whole country, but the Afghan government will have to change its strategy. Weinstein was not sure that the Biden administration would be willing to accept the risk associated with continued support for the Afghan government which may mean the end of US airstrikes against the Taliban. He also believes that the peace talks are no longer viable, but that better resistance from the Afghan army and pressure from other regional actors could force the Taliban to the negotiation table.

Kunduz plays a key role for the Taliban

Journalist Charlie Faulkner talked with DW from Kabul about the importance of Kunduz to the Taliban, the site where they relaunched their insurgency in the northern parts of the country in 2010 and also where their defeat in 2001 began.Faulkner explained that it was also a symbol of revenge for the militant group as this is where hundreds of Taliban fighters were loaded into trucks in which they ended up suffocating to death.She also highlighted the difference of opinion between urban and rural Afghans, saying that while those in the cities were largely against the Taliban, those in the villages just want peace, with some even supporting the Taliban.

Spokesperson for the Taliban, Zabihullah Mujahid, published a statement on Twitter claiming that the whole of the Takhar province was under the control of the Islamist group. The province capital Taleqan fell to the militants earlier in the day.

erman lawmaker Norbert Röttgen, who chairs the Bundestag’s foreign affairs committee, warned that the recent pullout of US troops from the country risks creating a “disaster” in Afghanistan. “US President Joe Biden still has a chance to prevent the first major foreign policy disaster that has arisen from his wrong decision to order the rapid withdrawal of American troops without consulting his allies,” Röttgen told the Frankfurter Allgemeine Zeitung daily.The 56-year-old said there was no longer any prospect of a political solution with the Taliban making territorial gains.”So if the Europeans have any remaining military capabilities, including the Germans, that would be needed now, then we should make them available,” he said.

Top German politicians repeatedly warned that withdrawing too quickly from Afghanistan could create a security vacuum. Foreign Minister Heiko Maas warned in November that a premature exit could also hamper peace talks between the government and the Taliban, a hard-line Islamist group.

The German Foreign Office sees an increasing deterioration of the security situation in Afghanistan.A ministry spokesman told the Deutsche Presse-Agentur news agency on Sunday that the situation was developing rapidly. “In view of the current developments, an update of the asylum situation report is currently being prepared,” he said, referring to the Office’s report which cites a greater threat to certain groups amid the advance of the Taliban, but no general threat to returnees.In July, the Afghan government called on European states to suspend deportations to the country for three months due to the unstable security situation.

Where else have the Taliban launched offensives?

Taliban forces are fighting in Lashkar Gah, the capital of Afghanistan’s southern Helmand province.Airstrikes damaged a health clinic and a high school in the city, a provincial council member said on Sunday.A Defense Ministry statement confirmed that airstrikes were carried out in parts of the city. It said forces targeted Taliban positions, killing 54 fighters and wounding 23 others. It made no mention of a clinic or school being bombed.Majid Akhund, deputy chairman of the Helmand provincial council, said airstrikes hit a health clinic and a school in the city’s 7th police district late Saturday. He added the area is under Taliban control so any casualties could have been caused by the Taliban there.Pro-Taliban sources said the Taliban have taken complete control of the city of Taleqan in northeastern Takhar Province that borders Tajikistan.Fighting was also reported on the outskirts of Herat, in the west, and Kandahar in the south.

How has the international community responded?

Carl Bildt, co-chair of the European Council on Foreign Relations accused the Biden administration of pulling out of Afghanistan prematurely.Bildt, who is a former Swedish prime minister, said “the United States is running away.””Saigon 1975 all over again,” he tweeted, referring to Washington’s withdrawal from Vietnam.mbassador Ghulam M. Isaczai, Afghanistan’s permanent representative to the United Nations, said the ongoing violence was “too painful to watch.”The senior diplomat tweeted a graphic video that he said showed a dead child who had been killed by Islamist militants.”Afghan children are bearing the brunt of this violence unleashed by [the] Taliban on Afghanistan. The world cannot sit on the sideline for another tragedy to unfold,” he wrote on Twitter.DW has not been able to independently verify the video’s content.

The fundamentalist Taliban group overran the northern city of Kunduz on Sunday.The Taliban’s advance on the provincial capital comes after two others fell to the insurgents in the past two days.The insurgents have taken control of all key government facilities in the city, except for a military base and the airport, where high-ranking local officials have reportedly pulled back to.The airport lies around 8 kilometers (5 miles) south of Kunduz city center.The Taliban overran the city amid “fierce street-to-street fighting,” Amruddin Wali, a member of the Kunduz provincial council, told AFP.The Taliban claimed in a Twitter post that it had seized a large number of armored vehicles, weapons and military equipment.

The Ministry of Defense said government forces were fighting to retake these key sites.”The commando forces have launched a clearing operation. Some areas, including the national radio and TV buildings, have been cleared of the terrorist Taliban,” it said in a statement.Fighting was continuing at the city’s airport and other parts of the city, provincial council member Ghulam Rabani Rabani said.Health officials in Kunduz said that 14 bodies, including those of women and children, and more than 30 injured people, had been taken to hospital.Kunduz has been a perennial target for the Taliban, who briefly overran the city in 2015 and again in 2016 but never managed to hold it for long.

It is a strategic crossroads with good access to much of northern Afghanistan as well as the capital, Kabul, about 335 kilometers (200 miles) away.It is one of the country’s larger cities with a population of more than 340,000. Kabul has a population of over 4 million.

The German military was stationed in Kunduz province from 2003 to 2013, following the US-led invasion of Afghanistan in 2001. More Germans were killed in clashes in Kunduz and the neighboring province of Baghlan than anywhere else.The German military in Kunduz attracted international attention in 2009, when Georg Klein, who was then a colonel, ordered a NATO air attack that killed more than 100 people.Last year, before the Bundeswehr withdrew from Afghanistan, around 100 German soldiers were stationed in the region in Camp Pamir.

The fundamentalist Taliban group seized the northern city of Sheberghan on Saturday.Sheberghan is the capital of Jowzjan Province and is home to Uzbek warlord Abdul Rashid Dostum. Dostum, who is allied with the United States, said he is calling for reinforcements from the Afghan government.Kabul-based journalist Franz Marty told DW it is likely that Dostum’s forces will wage a “counteroperation” in the coming days.Taliban fighters helped free prisoners from the city’s jail, according to videos on social media. The deputy governor of Jowzjan, Qader Malia, told the AFP news agency the city had “unfortunately fallen.”

The Taliban are ramping up their offensive as the US and NATO allies pull out troops from the country.Anti-Taliban protesters in recent weeks have shouted “Allahu Akbar” (God is the greatest) to show their support for Afghan security forces in the heavy fighting against the group.The Taliban captured the provincial capital of Zaranj in southwestern Nimroz province on Friday. Journalist Ali Latifi, who is also based in Kabul, told DW the Taliban may be trying to “confuse” Afghan government forces, as the two provincial capitals are located in completely different areas of the country. “The Taliban are trying to stretch the security forces out as thin and as wide as they possibly can,” Latifi said. At the same time, he said it begs the question whether the Taliban can keep up fighting on multiple fronts as well.

Could the fighting spread to Kabul?

In regards to the fighting possibly spreading to the country’s capital, Kabul, Latifi said the “fortress city” is more secure than other parts of the country. “Kabul is where they will put all of their focus and their attention,” Latifi said, referring to the Afghan government. “If they do manage to lose Kabul, then that’s obviously the ultimate blow to them. They will do everything they can to hold on to the national capital,” he added. A bomb killed an Afghan Air Force pilot in Kabul on Saturday, with the Taliban claiming responsibility for the attack. Kamran Bokhari, the director of analytical development at the Washington D.C.-based Newlines Institute think tank, told DW the war in Afghanistan is “far from over” and asserted the Taliban are by and large “a rural and suburban force.””They have not yet managed to demonstrate the capability to mount successful assaults against well-defended cities and provincial capitals,” Bokhari said of the group.

US President Joe Biden announced in April he would withdraw all troops from Afghanistan by September 11. The pullout is now expected to be fully complete by August 31, according to recent statements from the commander-in-chief. Critics of the withdrawal have warned the Taliban could possibly take over the entire country and roll back advancements in women’s rights. The US invaded Afghanistan in 2001 in pursuit of al-Qaida, the jihadist group behind the 9/11 terrorist attacks. The Taliban was ousted from power during the invasion, with the US working with NATO allies to train Afghan security forces.