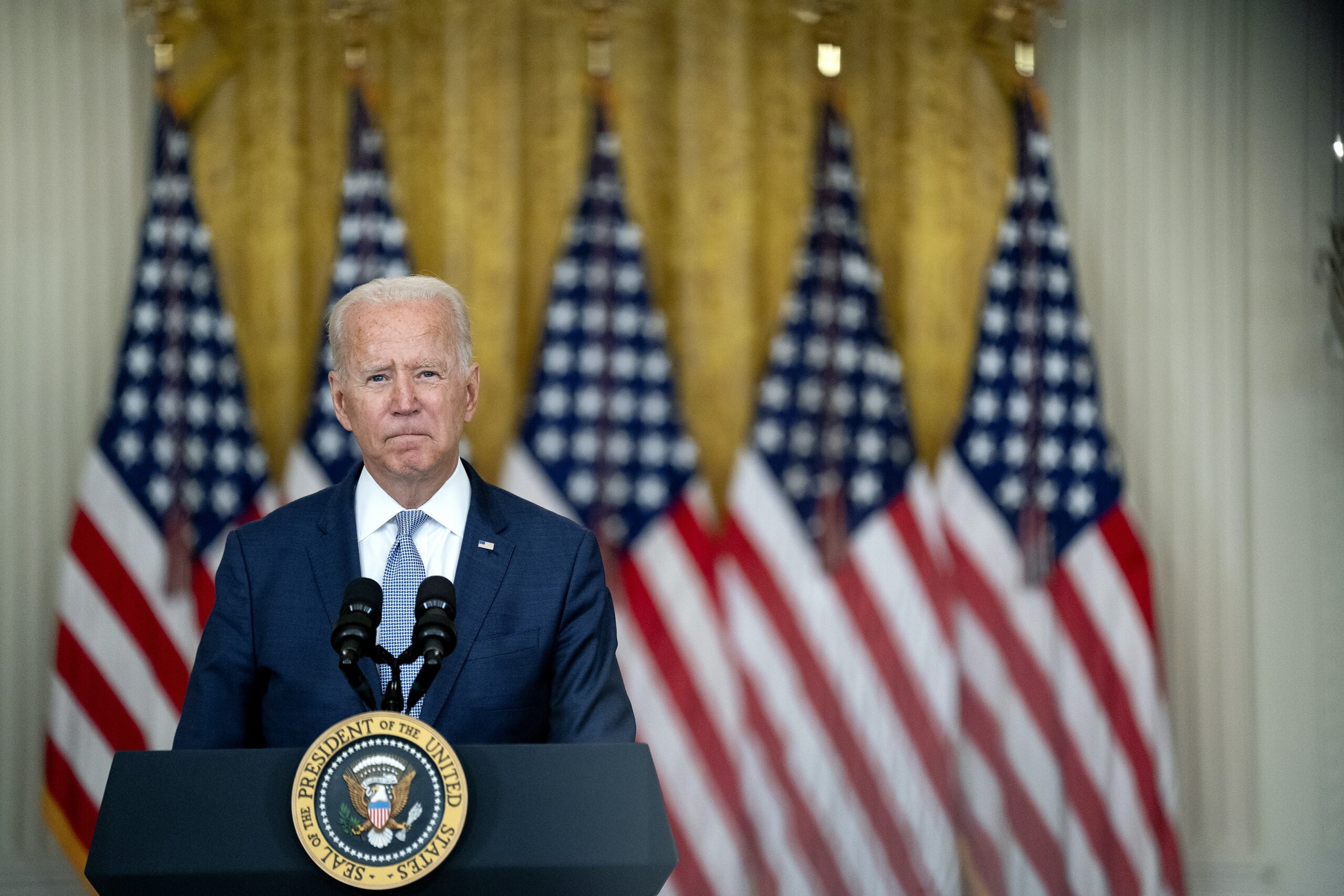 Joe’s nightmare choice on whether to leave troops to attack ISIS-K or pull them out by August 31: As Biden orders Pentagon to plan strikes – how can he ‘hunt down’ the terrorists behind the double suicide blast?

Dailymai  – President Joe Biden spent Thursday hunkered down with his national security team as he weighed one of the most difficult questions of his presidency: How to respond to the most deadly attack on American troops in Afghanistan in a decade. When he entered the East Room of the White House at a little after 5pm his mind was made up. He announced he would push on with plans to bring home all U.S. troops by the end of the month while hunting down the ISIS offshoot behind the killing of 13 service personnel.’We will not forgive. We will not forget. We will hunt you down and make you pay,’ he said in emotional remarks. His commanders had already been asked to draw up plans to strike at ISIS-K, he said, the Islamic State affiliate in Afghanistan.

But counterterrorism experts said the mission faced an obvious problem. ‘When the president said we’re going to hunt them down and make them pay my initial reaction was: Spot on,’ said Nathan Sales, the former ambassador at large for counterterrorism under Trump. ‘And my second reaction was: With which assets? ‘Because the fact of the matter is, you can’t effectively take terrorists off the battlefield in Afghanistan, unless you have intelligence collection capabilities and soldiers on the ground who are prepared to go out and accomplish the mission.’

The Islamic State claimed responsibility for the attacks.  It said it targeted ‘translators and collaborators with the American army.’ At least two explosions ripped through crowds around the gates of Hamid Karzai International Airport killing dozens of Afghans desperate to leave the country since the Taliban seized power almost two weeks ago.The American death toll was the highest for a single incident in a decade.   The result was the blackest day in Biden’s presidency so far, and triggered immediate demands for air strikes and for U.S. troops to stay longer. Extending would likely bring blowback, said Richard Hoagland, a former deputy U.S. special envoy to Afghanistan and ambassador in southern and central Asia.He said: ‘If Biden extends the date what does the Taliban do?

‘And apparently this attack was by ISIS-Khorasan and that means that ISIS is in Afghanistan. ‘To say that the Taliban will not allow them to stay: That’s just wishful thinking.’ Part of the terms of a deal made by the Taliban and Washington last year, required the militants to break ties with Al Qaeda and ensure Afghanistan could not be used to plot attacks against the U.S. Biden has justified the withdrawal of U.S. troops by saying Al Qaeda – the original target after the 9/11 attacks – no longer posed a threat.But U.S. intelligence officials suspect ISIS-K, whose fortunes waned in recent years, may have used Afghanistan’s instability to rebuild.

The group is hostile to the Taliban, which cleared it out of its strongholds in Nangahar and Kunar provinces last year, but analysts said it would take any opportunity to attack foreigners and embarrass the new rulers of Afghanistan.  Some counts suggest the group carried out roughly 100 attacks against civilian targets and another 250 involving US, Afghan or Pakistani security services since they were founded in 2015.They grew rapidly as a string of local commanders ditched their allegiance to the Taliban in favor of a group that was conquering territory in the Middle East, ensuring they could enjoy prestige and financial support. The fall of the Islamic State in Iraq and Syria since then and the relative strength of the Taliban saw them fragment, now operating in small cells.

‘I haven’t heard of them having the capacity to launch an attack like this,’ said a former intelligence official after the Kabul attacks. ‘It makes you wonder if they had support.’By Thursday afternoon, the Pentagon said it had apache attack helicopters, MQ Reaper drones, AC 130 gunships in the air over Afghanistan.But without a functioning embassy and its CIA teams, and without allies of the Afghan armed forces stationed all around the country, the U.S. will lack intelligence streams to direct its air power.The blasts sent shockwaves around the world, buffeting Washington, where an already embattled spent the day Biden deciding his response.’Biden has us in a no win situation,’ said Mike Waltz, a former Green Beret turned Republican U.S. Representative.’

‘We either keep the air bridge open and continue to get hit by terrorists attacks or leave Americans behind. ‘We must go on offense against the perpetrators of this attack and let our Special Forces get Americans stuck behind terrorist lines.’Speaking before the president unveiled his answer, Lisa Curtis, for senior director for South and Central Asia on President Trump’s National Security Council, said he would have been under pressure to speed up the withdrawal.’We had growing indications that there were potential attacks being planned by ISIS-K so I don’t think this has come as a surprise.’This is why Biden has been so firm in sticking to the August 31 deadline.’