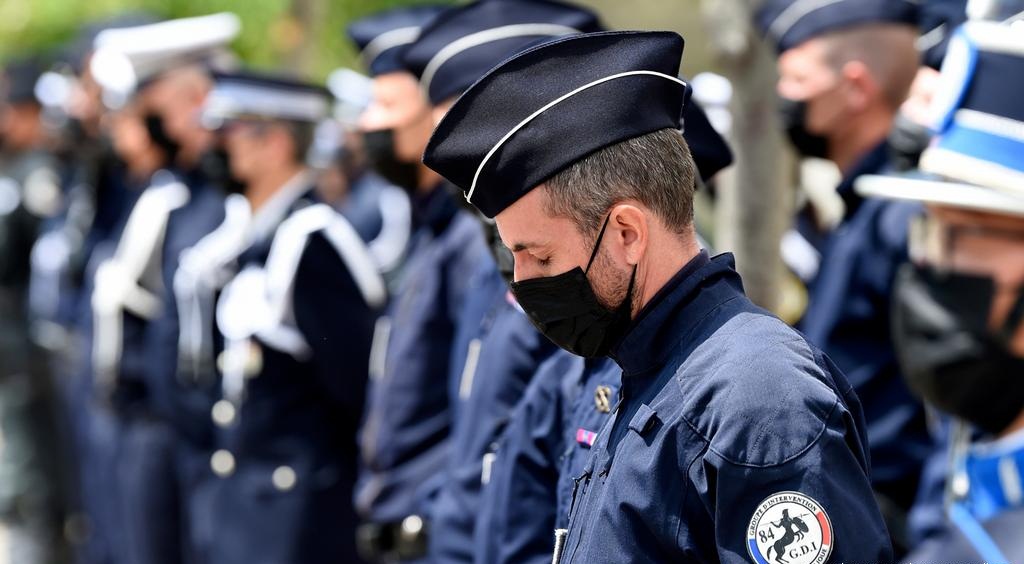 France24- Salah Abdeslam, the 31-year old French-Moroccan believed to be the only surviving member of the group that carried out the November 2015 jihadist attacks in Paris, told a courtroom on Wednesday that he was a “soldier of the Islamic State group”.Abdeslam has lost none of his rage. On the first day of the Paris attacks trial, which opened in a purpose-built courtroom in the historic Palais de Justice, the chief suspect in the jihadist rampage that killed 130 people and injured hundreds more chilled everyone in attendance.

In response to the first question to confirm his identity, Abdeslam vehemently proclaimed: “I want to testify that there is no god except Allah and that Mohammad is his servant.”With a full black beard, black polo shirt, black mask and dark eyes, the accused then told the judge that he was a fighter for the Islamic State group.

The story of Salah Abdeslam, only surviving attacker of the Paris attacks

Of the 20 men being charged, six are being tried in abstenia. Twelve of them, including Abdeslam, face life sentences if convicted. But Abdeslam is the only one charged with murder.The presiding judge, Jean-Louis Périès, acknowledged the extraordinary circumstances of the events of that night and the nine-month trial to come.“The events that we are about to decide are inscribed in their historic intensity as among the international and national events of this century,” he said.Compared to Abdeslam’s, the statements of the 13 other defendants in the box were more sober. No fiery speeches, no ideological messages. Just a few brief, hesitant, confused answers. ‘I don’t expect much from this trial’

The confusion was widespread. Journalists struggled to get wi-fi and the hearing began nearly an hour late due to problems with the sound system.Judge Périès then proceeded to list the 1,800 plaintiffs. It was an emotional moment but a key one for the victims and their families, who have spent years waiting to get this recognition.”I don’t expect much from this trial, but it is important that my name be mentioned with the other victims so that I am recognised as such,” said Thierry Maillet, one of the few victims who agreed to speak to journalists a few minutes before the trial.

The trial will last until May 2022 with 145 days of scheduled hearings involving about 330 lawyers, 300 victims and testimony from former French president François Hollande in November.For the first time, victims can also have a secure audio link to listen from home if they want with a 30-minute delay.”These events are seared into our collective memory,” Justice Minister Éric Dupond-Moretti told French TV, vowing that the hearings would rise to the challenge in what he called an unprecedented judicial marathon.

Police mounted tight security around the Palais de Justice courthouse in central Paris. Defendants will appear behind a reinforced glass partition in the courtroom and all people must pass through several checkpoints to enter the court.”The terrorist threat in France is high, especially at times like the attacks’ trial,” Interior Minister Gérald Darmanin told France Inter radio.The first days of the trial are expected to be largely procedural, as all the plaintiffs are registered, though judges may read a summary of how the attacks unfolded. Victims’ testimonies are set to start on September 28, with one week devoted to the attacks on the Stade de France and cafés, and four to the Bataclan.

George Salines remembers his daughter Lola, victim of the 2015 attacks

Dominique Kielemoes, whose son bled to death at one of the cafés, said the month dedicated to victims’ testimonies will be crucial to both their own healing and that of the nation.“The assassins, these terrorists, thought they were firing into the crowd, into a mass of people. But it wasn’t a mass — these were individuals who had a life, who loved, had hopes and expectations, and we need to talk about that at the trial. It’s important.” she said.None of the proceedings will be televised or rebroadcast to the public, but they will be recorded for archival purposes. Video recording has only been allowed for a handful of cases in France considered to be of historical value, including last year’s trial for the 2015 attacks in Paris against the Charlie Hebdo newspaper and a kosher supermarket.