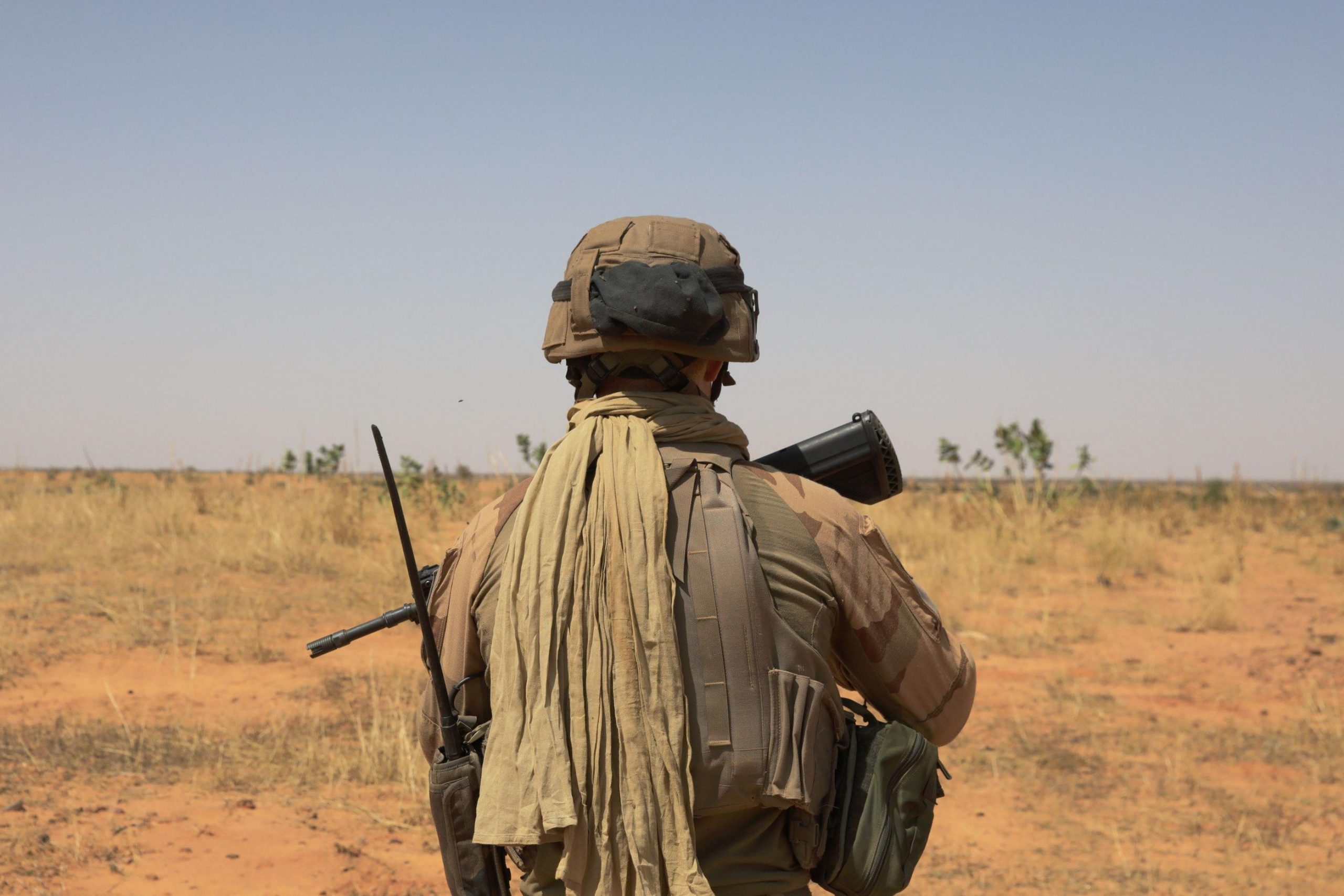 Sahel terror threat persists despite the killing of al-Sahrawi

French President Emmanuel Macron has hailed the killing of Adnan Abu Walid al-Sahrawi, the leader of the “Islamic State in the Sahara,” as a “huge success.” But analysts warn that the terror threat is far from over.

The war against armed Islamist extremists in Africa received a boost on Thursday following the killing of Adnan Abu Walid al-Sahrawi.The self-proclaimed leader of the so-called Islamic State in the Greater Sahara (ISGS) claimed responsibility for attacks in Niger in 2017 when four US troops and four Nigerien soldiers died.France also wanted him for the killing of six French aid workers and their Nigerien counterparts in 2020.French President Emmanuel Macron described al-Sahrawi’s killing as a “major success” in the fight against terrorist groups in the Sahel, a vast arid region that separates the Sahara Desert to the north and tropical savannas to the south.However, Macron didn’t specify when, where or how French soldiers “neutralized” al-Sahrawi.

News of al-Sahrawi’s death had been circulating for weeks.”If the information is confirmed, it should be positively assessed,” said Yahaya Issoufou, a political scientist at the Abdou Moumouni University in Niamey. “What bothers me is the desire to manipulate this information, pulling it out of the hat at a time when Malians, in particular, are being criticized for wanting to establish military cooperation agreements with the Russians,” Issoufou told DW, referring to reports Mali is hiring up to 1,000 mercenaries from a Russian private security group. This week, France and Germany warned Mali against closing the deal with Russia’s Wagner Group.

Sahel security analyst Ryan Cummings said al-Sahrawi’s death was “quite significant,” given the terrorist leader’s connections to the jihadi landscape in the region, such as his purported linkages to smuggling networks, his ability to orchestrate kidnapping for ransom and extortion as a means of funding ISGS. Cummings said the governments of Mali, Niger, and Burkina Faso would also probably see the killing of al-Sahrwai as a “significant victory,” as the tri-border region between these countries is where ISGS has caused “significant havoc.” The security analyst warned, however, that the loss of al-Sahrawi wouldn’t necessarily diminish the threat posed by the group. Nigerien analyst Issoufou has a similar opinion. “For me, the group [ISGS] has already appointed another leader,” Issoufou noted, adding that al-Sahrawi’s death is just a grain of sand in the vast Sahara.”In the short term, it shouldn’t change much in our region.”

The evolution of ISGS

The “Islamic State in the Greater Sahel” owes its birth to the political crisis in Mali, which has become the epicenter of regional conflict and instability for nearly a decade.Mali’s crisis started in 2012 when a northern separatist rebellion by the minority ethnic Tuareg community prompted a military coup by soldiers dissatisfied with how the central government handled the insurgency. Meanwhile, bolstered by arms from Libya, Tuareg rebels and Islamic insurgents with ties to Al-Qaeda in the Maghreb took advantage of the political instability. They gained control over much of the north of the country, including the strategically important town of Gao, home to a military base, as well as the historic city of Timbuktu.

Before leading ISGS, Adnan Abu Walid al-Sahrawi was a fighter of the Polisario Front in the disputed territory of Western Sahara. After spending time in Algeria, he made his way to northern Mali, where he became a crucial figure in the MUJAO group, a former al-Qaeda ally that controlled Gao. French forces ousted Islamic extremists from power in Gao and other northern cities, but they later regrouped. In 2015, al-Sahrawi released an audio message pledging allegiance to the “Islamic State” group in Iraq and Syria.While in Gao, he earned a reputation as a strict enforcer of Sharia law. One elected official in the city, who requested anonymity, told AFP news agency that more thieves had their hands cut off in Gao than anywhere else. “It is because of Abu Walid’s instructions,” he said, referring to al-Sahrawi.

Germany’s Bundeswehr military is part of the UN Multidimensional Integrated Stabilization Mission in Mali (MINUSMA), deployed in mid-2013 to combat the Islamist insurgency.Under the Bundewehr’s mandate, Germany is able to send up to 1,100 troops to Mali as part of the 13,000-strong mission. The UN considers Mali its deadliest mission in the world.In July, Bruno Kahl, the head of Germany’s foreign intelligence service, warned that the “Islamic State” remains strong despite a lull in attacks on European and US soil.It is “obvious that the West cannot disappear” from Mali, Kahl said in an interview with German newspaper Süddeutsche Zeitung, adding that Europe must do everything it can to support the Sahel states.