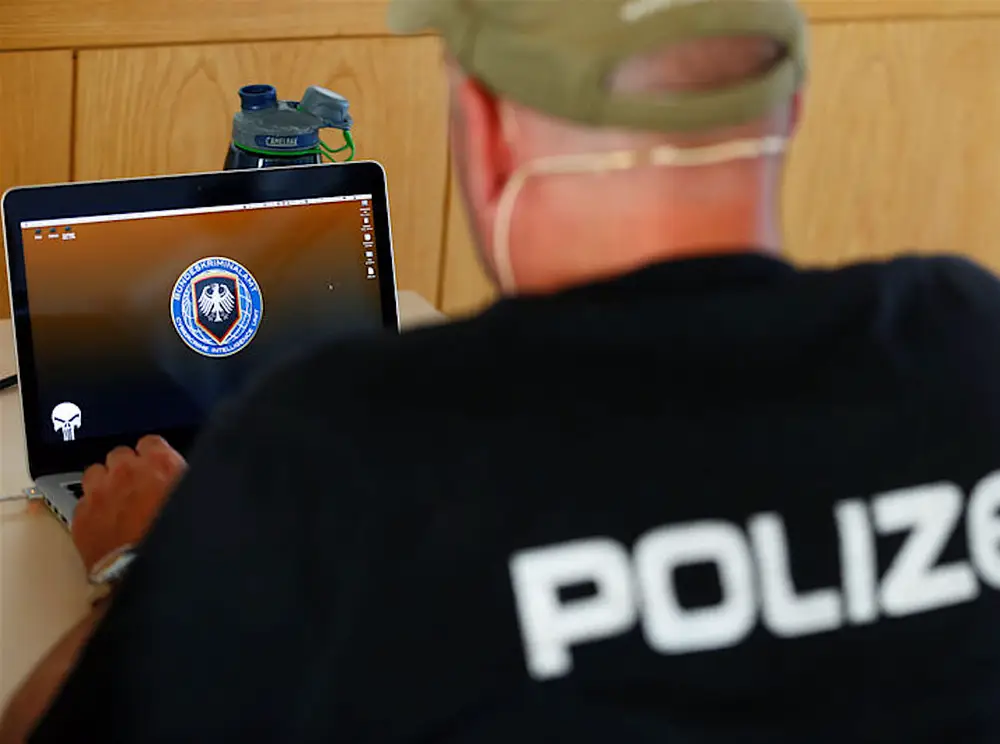 Counter Extremism Project– The Counter Extremism Project (CEP) reports weekly on the methods used by extremists to exploit the Internet and social media platforms to recruit followers and incite violence. This week, multiple extreme right and white supremacist pages, some of which have been up for years, were identified on the gaming platform and social network Steam. These findings are one example of how the extreme right uses gaming platforms to network, recruit, and spread propaganda.

Additionally, an ISIS Amaq video was uploaded showing the burning of Congolese military facility on RocketChat and Element. Issue 21 of Voice of Hind was released online. A pro-ISIS video was located on TikTok that featured German ISIS member Denis Cuspert. Also, a Rise Above Movement affiliated media project was found to be using the fundraising website Buy Me A Coffee. Lastly, CEP researchers found over a dozen examples of content on the GIF website Gfycat that promoted white supremacism or anti-Muslim or antisemitic sentiment.

The week of October 9 to October 16, CEP located multiple examples of group pages on the gaming platform and social network Steam that promoted white supremacism, fascism, or the extreme right. Pages included a Steam group dedicated to the UK and Ireland chapter of Generation Identity, which had 110 members and had been on the site for approximately three years. The page included statements regarding the group’s ideology, slogans, and links to their website. CEP also located a page that promoted Generation Identity in continental Europe. A Steam page was also found that supported the anti-Muslim German political party Alternative für Deutschland, which had almost 400 members, and was on the site for over five years.

On October 15, the twenty-first issue of the pro-ISIS web magazine “Voice of Hind” was released on multiple websites. The issue contained an article condemning the Taliban, stating that the group became puppets of the West and Iran. The same article celebrated recent ISIS attacks in Afghanistan, deemed necessary for the group to theologically triumph. The magazine also included an essay that condemned separatist groups in Kashmir for not subscribing to the same religious ideology as ISIS and an essay by the terrorist group’s former chief religious advisor, Turki al-Binali. The issue also contained an article celebrating twenty previously released versions of Voice of Hind, providing a link to all previously released issues of the web magazine on MediaFire, which were removed after CEP reported it to the file hosting site.

The web magazine was spread on Telegram, Hoop, and Element, and uploaded to at least six other websites. Three days after it was originally released, the magazine available on three websites: the Internet Archive, File.Fm, and the Telegram file sharing service Tlgur.com

On October 12, ISIS-affiliated Amaq News released a video allegedly showing the burning of a Congolese military facility by ISIS-affiliated Allied Democratic Forces in the province of Ituri. The video and external links were posted on RocketChat and Element. Links to the video were posted on at least nine websites. Approximately 48 hours later, the video was only available on two websites in addition to RocketChat and Element: the Internet Archive and Gofile.io.

CEP researchers located a pro-ISIS video on TikTok featuring the German ISIS member Denis Cuspert, a.k.a Abu Talha al-Almani. The video included a German nasheed and had 19 likes and three shares after being online for eight days.

On October 12, CEP located a fundraising page on the website Buy Me A Coffee for a media project created and operated by the American white supremacist Rob Rundo, the co-founder of the Rise Above Movement. The media group produces short propaganda documentaries about American and European white supremacist groups to recruit for and elevate the voices of the extreme right. Two recent videos covered the American white supremacist group Patriot Front and, in the newest video, released on October 11, a racist and antisemitic political party. In the most recent video, speakers stressed the need for “white unity” and condemned “Jews in the government and media,” referencing an antisemitic conspiracy theory.

CEP researchers found over a dozen examples of content on the GIF website Gfycat that promoted white supremacism or anti-Muslim or antisemitic sentiment. CEP found two tributes to the Poway synagogue gunman who was recently sentenced to life in prison without the possibility of parole for the 2019 murder of one person and injury of three others during his attack. Both videos received 541 views and 209 views, respectively. CEP also found a video that contained an image from the Christchurch terrorist attack and advocated for additional violence, which had been on the site since March 2019 and had 305 views. Another GIF promoted a notorious white power skinhead band and used a white supremacist slogan, which had over 3,600 views and had been on the site for approximately four years.