Climate change is “an aggravating factor” for terrorism 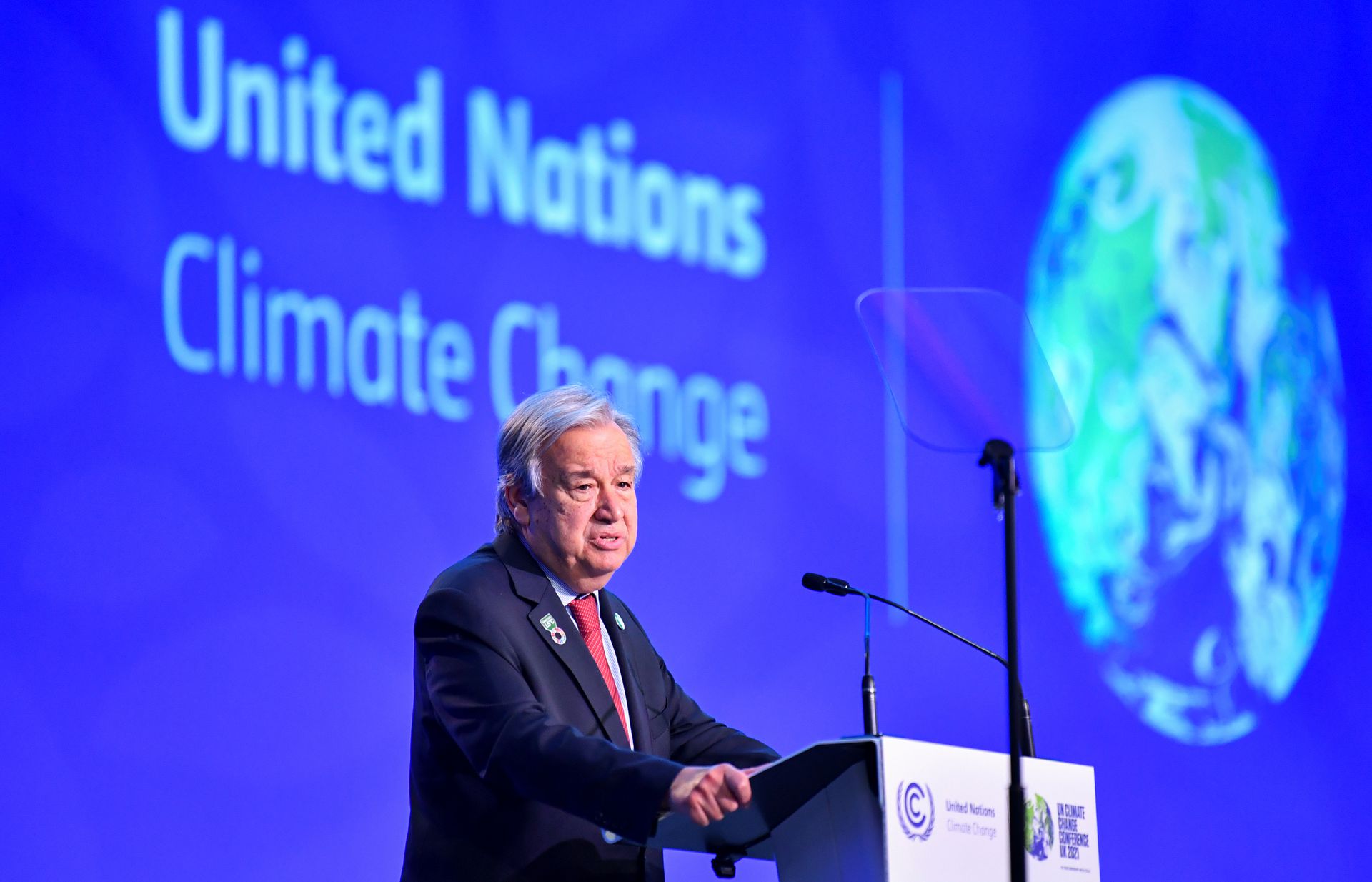 How can the climate crisis enable terrorism?

Independent – Climate change is “an aggravating factor” for terrorism, the United Nations secretary-general has warned, adding that the world’s environmental decline puts any unstable or combative region at greater risk of security threats.Antonio Guterres told a meeting of the UN security council this week that countries most vulnerable to the climate crisis are also the ones that “suffer from insecurity, poverty, weak governance and the scourge of terrorism”.Painting a bleak picture, he said that when the impact of climate change leads to the loss of livelihoods and leaves populations in despair, “the promises of protection, income and justice – behind which terrorists sometimes hide their true designs – become more attractive”.

This goes a step further, Mr Guterres said, when climate disruptions hinder the ability of government institutions to provide public services, “fuelling grievances and mistrust towards authorities”.Calling on the 15 council members present to protect the most “vulnerable” communities around the world, the UN chief laid out ways to sever the link between climate and terror-related issues – including making sure developed countries stick to their all-important net-zero targets.

Where in the world is this an issue?

Citing multiple African regions, Mr Guterres said it was essential for peace missions across the continent to be given the funding they need to fight terror groups and their growing influence.nd Lake Chad, the jihadist group Boko Haram has been able to gain new recruits, “particularly from local communities disillusioned by a lack of economic opportunities and access to essential resources,” he told the UN security council.

Meanwhile, in central Mali, terrorist groups have exploited the growing tensions between herders and farmers to recruit new members from pastoralist communities – “who often feel excluded and stigmatised,” Mr Guterres said.Charcoal production in Somali has also become a source of income for the al-Shabab extremist group, he told members, pointing to the global need for a reduction and eventual ban on manufacturing fossil fuels.

In both Iraq and Syria, the militant group Isis has “exploited water shortages and taken control of water infrastructure to impose its will on communities” Mr Guterres said on Thursday.

What can be done to stop it?

The UN boss called for collective action to address the root causes of insecurity, stressing that “conflicts and terrorism do not take place in a vacuum”.Instead, he said, each are the result of “deep fractures” in society such as poverty, human rights violations and poor governance.It is only by addressing these issues, in addition to the well-documented steps needed worldwide to curb the effects of climate change, that the exploitative relationship between the climate crisis and terror groups can be annulled.Mr Guterres laid out four key preventative measures to do this:

Increase investment in adaptation and resilience

Citing the recent Cop26 conference in Glasgow, Scotland, he reminded the council that developed countries must keep their promise to provide at least $100bn (£75.3bn) per year to developing countries for climate action.

The UN chief stressed that understanding and anticipating the cascading effects of climate change strengthens all efforts to bolster peace and security.“We also need to build on existing expertise in disaster risk reduction and integrate climate risk into all economic and financial decisions”, he said.

Development of partnerships and initiatives

He urged countries to make the best use of on-the-ground expertise, while drawing on the political, technical and financial capacities of regional and international actors.“[Our] regional strategy for the stabilisation, recovery and resilience of the Boko Haram-affected areas of the Lake Chad basin region is a good example,” Mr Guterres said.Jointly developed by the African Union, the Lake Chad Basin Commission, the UN and other partners, the strategy integrates humanitarian action, security, development and climate resilience, he explained.

Finally, he warned that African peace missions in places such as the Sahel and Somalia often have limited room to manoeuvre and are faced with great funding uncertainties.He asked the council to provide predictable funding “guaranteed by assessed contributions”.“I urge you to consider this matter again as soon as possible”, he told ambassadors, insisting this would be key to ensuring terror groups can no longer exploit communities already succumbing to the effects of climate change.