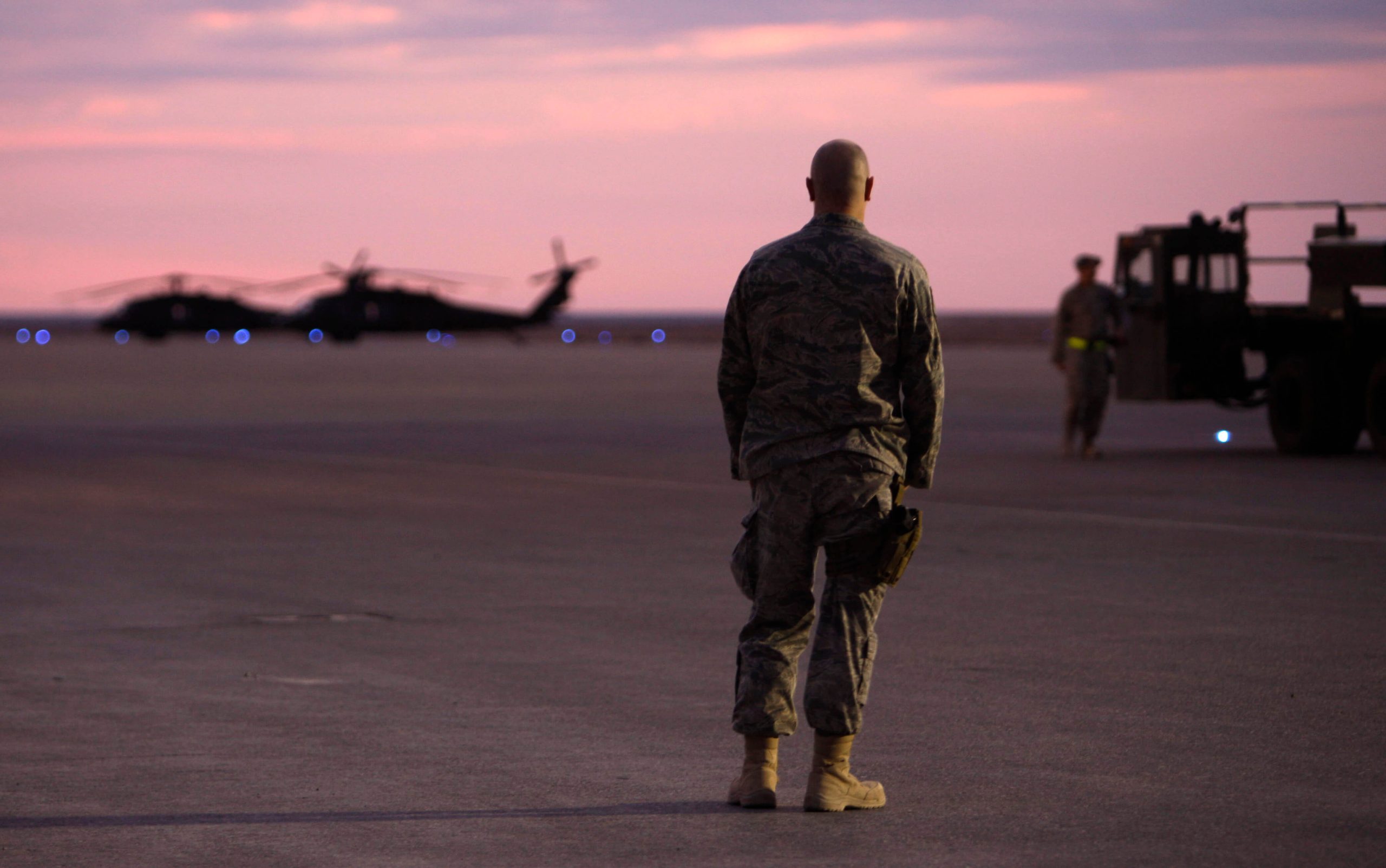 Counterextremism – Following is the December 2021 installment of “ISIS Redux: The Central Syria Insurgency,” a monthly chronicle of attacks by the terrorist group ISIS in central Syria. Previous editions of ISIS Redux can be viewed through the following links: November, October, September, August, July, June, May, April, March, February, and January 2021; and December, November, October, September, August, July, June, May, and April 2020. A full background and analysis of ISIS’s resurgence in Syria, including its methodology, can also be explored here, here, and here.

ISIS militants carried out at least 11 confirmed attacks in December, killing at least five pro-Assad regime fighters and 12 civilians, while wounding at least nine others in the Homs, Deir Ez Zor, Raqqa, and Hama governorates. December matched the year’s previous low of 10 attacks (August), and registered the lowest number of regime fighters killed since prior to 2019. ISIS carried out only one high quality* attack, the second fewest of the year after October. Attacks returned to the Hama and Raqqa governorates after disappearing in November, although these attacks appeared to largely rely on mines and targeted civilians.

Despite November’s lack of geographic spread in ISIS activity, that month was noteworthy for an uptick in high quality attacks and less reliance on mines or IEDs. However, in December ISIS returned to its pre-August strategy of more passive attacks. Half of December’s attacks involved mines, and one of the five confirmed small arms clashes targeted a lone shepherd and his flock. Despite this, ISIS did carry out two aggressive attacks in December, one involving a fake checkpoint to ambush civilians and security forces outside an oil field, and the other attacking security forces near an urban center at night.

After an up-tempo November in Homs and Deir Ez Zor, ISIS’s traditional ‘core’ areas, confirmed attacks in December decreased in Homs (1) and Deir Ez Zor (4). Attacks in Hama (2) and Raqqa (4) increased from zero last month. The southern Aleppo countryside remained quiet for the second month in a row, while it was the most active month for southern Raqqa since January 2021. The high number of attacks on civilians had not been seen since the first half of this year.

The death of one regime soldier from a mine in the Palmyra area was reported on December 17. There were no other confirmed reports of ISIS attacks in Homs in December. It is unclear if clashes continued in the Wadi Doubayat area, given the recurring fighting seen there in November and September.

ISIS activity in Deir Ez Zor continued to be focused on the northwest of the province, specifically in the rural area stretching from Deir Ez Zor city northwest to the Musarib countryside. This follows a trend that began in August when at least one ISIS cell was reported to have moved into the Shoula area.

The most significant attack occurred on December 2, when ISIS fighters set up a fake checkpoint on the road connecting Deir Ez Zor city’s northern suburbs to the Kharrata Oil Field. Militants used the fake checkpoint to ambush a convoy of oil workers and their security, killing nine civilians and three pro-regime fighters. Shortly thereafter, either the same ISIS cell or a second cell nearby clashed with pro-regime Qaterji Forces fighters further north in the Musarib countryside.

On December 11, an ISIS cell carried out a night attack on pro-regime positions on the outskirts of the town of Musarib, though they reportedly withdrew without inflicting any casualties. Lastly, on December 21, skirmishes occurred around the Kharrata Oil Field between an ISIS cell and security forces deployed to the area for a sweeping operation the week before. This series of attacks, combined with last month’s, seems to indicate at least one experienced ISIS cell has re-embedded itself in the eastern Jabal Bishri-Musarib desert region of Deir Ez Zor.

There were no attacks in Homs, Raqqa, or Aleppo in November, the first time this has occurred since August 2019. However, limited ISIS activity returned in December to both Hama and southern Raqqa.

A mine in the Wadi Azeeb area of east Hama killed one civilian and wounded two more on December 3, just two weeks after the local security forces conducted a demining operation there. On December 16, another mine in the Sa’an countryside exploded, wounding several men. Local reports did not specify if the wounded men were civilians, likely indicating that the victims were part of the local security forces.

At least two of the four confirmed ISIS attacks in southern Raqqa in December occurred on the Raqqa side of Jabal Bishri, in the same region as the attacks in Deir Ez Zor. On December 2, a soldier was reported killed somewhere in the governorate. On December 8, two local men were wounded by a mine in the Kuwaynan area, north of Jabal Bishri. It is unclear if the men were civilians or local militiamen. On December 16, a farmer was killed by a mine while tending his land in western Raqqa, an area that has not seen ISIS activity since spring 2021. This mine may have been a one-off event or indicate a return of ISIS cells to this area. Lastly, on December 24, ISIS militants killed a shepherd and 100 of his sheep in a small arms attack in the countryside north of Jabal Bishri.

As with November, December saw no major anti-ISIS operations. With a few exceptions, various pro-regime units continued to conduct small-scale patrols and sweeps around the usual areas in the Badia. In Deir Ez Zor, the National Defense Forces (NDF) reportedly uncovered several old ISIS weapons caches in the Mayadeen and Boukamal countryside after recruiting ex-ISIS fighters who had been living in Syrian Democratic Forces (SDF) areas east of the Euphrates. Other forces launched a small combing operation in the desert around the Kharrata Oil Field on December 15. These forces clashed with an ISIS cell at least once.

In Homs, Russian forces worked with the Syrian 5th Corps to remove some of the new and old ISIS mines in the Talilah area south of Palmyra. Meanwhile, Russian Wagner fighters conducted their first patrols in the Maskanah region of southeast Aleppo.

ISIS activity has been almost non-existent in eastern Hama since June 2021. There was only one confirmed ISIS small arms attack in the governorate in the second half of 2021 (in early September) and 10 mine explosions. This stands in stark contrast to the consistent, pervasive attacks on both regime security forces and civilians that ISIS militants conducted here in late 2020 and early 2021. The new-found security in eastern Hama should be viewed as a significant win for the regime. However, the escalation in violence against civilians in Raqqa in recent months, and the return of experienced cells to northwest Deir Ez Zor will likely be a point of concern for regime forces in early 2022.

One of the most interesting developments in Deir Ez Zor this month has been the continued reconciliation push in Mayadeen and Boukamal. Following several months of intense propaganda and Russia escalations in the SDF-controlled parts of Deir Ez Zor, the regime opened its offices to allow internally displaced people (IDPs) to reconcile their status and return to their homes in regime areas. This process began in Deir Ez Zor city on November 14 before spreading to Mayadeen and then Boukamal in December. According to members of the NDF, some former ISIS fighters recently released from SDF camps participated in this reconciliation process and joined the Deir Ez Zor NDF. These men then passed information to active ISIS cells on the locations of NDF weapons caches in the SDF-held area of Deir Ez Zor, which were intended for NDF sleeper cells targeting the SDF. ISIS reportedly raided three such caches, seizing around two dozen small arms and several IEDs. The integration of IDPs from SDF territory into regime-held Deir Ez Zor with little to no background checks may open the door for new ISIS attacks inside urban centers in the future.

As noted then, the November 13 ambush in western Deir Ez Zor and ISIS’s official claim of the attack showed that the group still possesses the ability to operate close to the regime’s major urban centers in the Badia. December’s series of attacks in this same area further underscores this point. The second half of 2021 has seen a steady return of ISIS activity in various parts of Deir Ez Zor, following a very quiet period in the middle of the year when security forces had appeared to push ISIS cells deep into the desert. With this in mind, it remains to be seen how long-term the recent stability in eastern Homs will last.