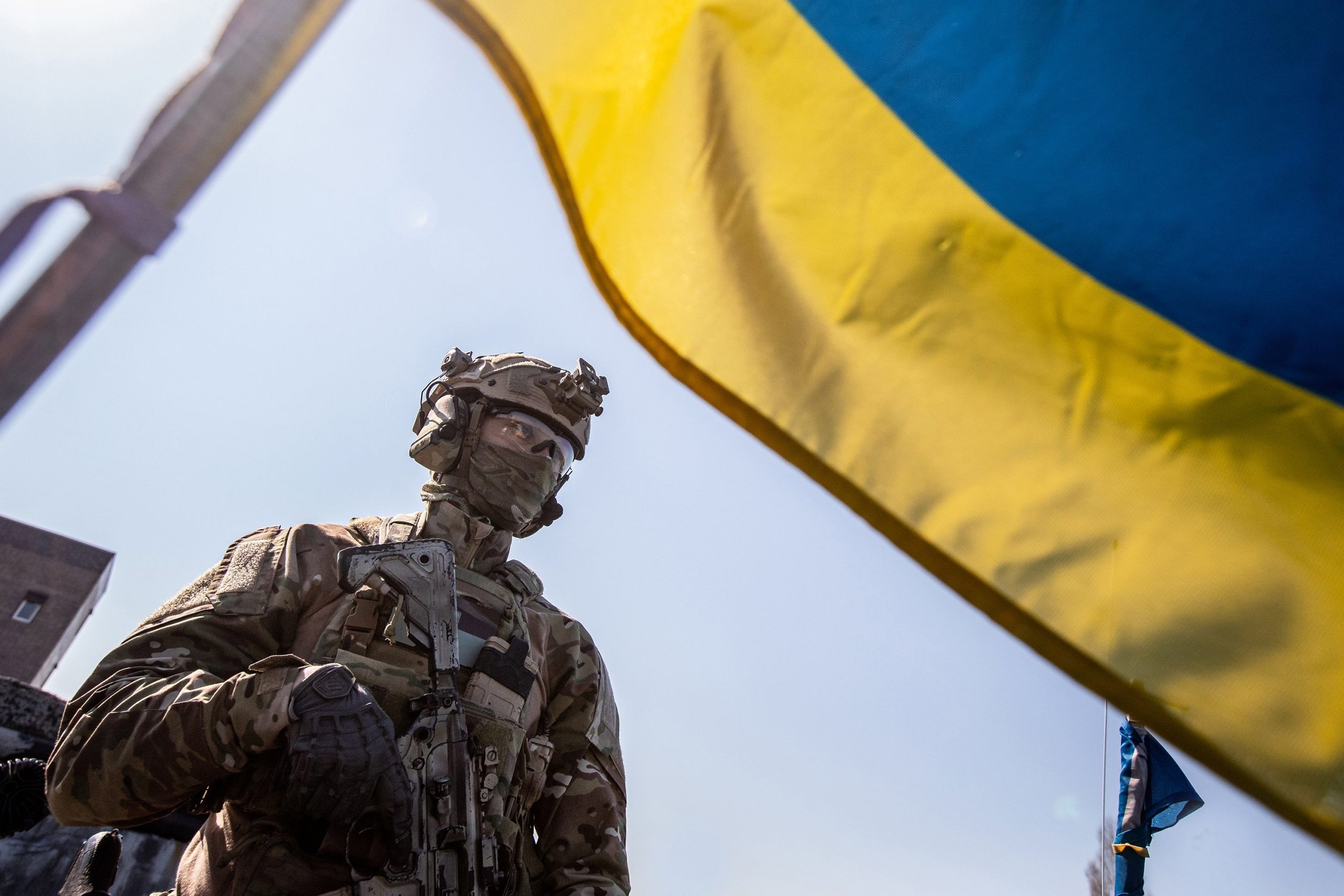 Dailymail- ISIS have praised the Ukraine war as a ‘divine punishment’ for the West which it hopes will destroy the ‘enemies of Islam’.The terror group labelled Russia’s savage invasion of its neighbour as ‘crusaders against crusaders’ in a full-page article in its al-Naba newsletter.They also said Muslims should not take sides in the war and predicted that there would be ‘major consequences’ regardless of the result.

The editorial said: ‘What is happening today, the direct bloody war between the Orthodox crusaders – Russia and Ukraine – is but one example of God’s punishment for them, as described in the Qu’ran.’Whether long or short, this Russian-Ukrainian war is but the beginning of the next wars between the Crusader countries, and the images of destruction and death we see are but a small scene of the situation in which the great wars begin.’

ISIS added the invasion was ‘not surprising’, saying it was ‘the state of the escalating competition between America and Russia to control the countries of Eastern Europe, especially after the policy of “support and containment” that America pursued’.Islamic extremists have been debating which side to take in the war.

Putin formed an alliance with Bashar al-Assad against ISIS in the Syrian civil war and Volodymyr Zelensky is Jewish and Ukraine is a member of the Global Coalition to Defeat ISIS.ISIS have now made its position clear by hoping for complete destruction on both sides which will unleash global chaos and bring down the West.The terrorists said the invasion was an ‘amusing punishment… upon them for their disbelief in God Almighty’.

The article added: ‘The crusader versus crusader is still in its infancy, so, O God, perpetuate their wars and break their hearts.’  ISIS are also not backing Chechen Muslim forces which have been drafted into the war by Putin.They branded the fighters, led by Ramzan Kadyrov, ‘apostate militias’, and compared them to ex-Afghan president Hamid Karzai who fought alongside George Bush and the US against the Taliban.  Last week, the Kremlin claimed the US was training up ISIS Jihadis to fight alongside Ukraine in the war, as part of Putin’s misinformation campaign.Russia’s intelligence service said the US has trained the terrorists in ‘subversive and terrorist warfare methods with a focus on the Donbass region’.