The difference between the Azov movement and the Azov regiment 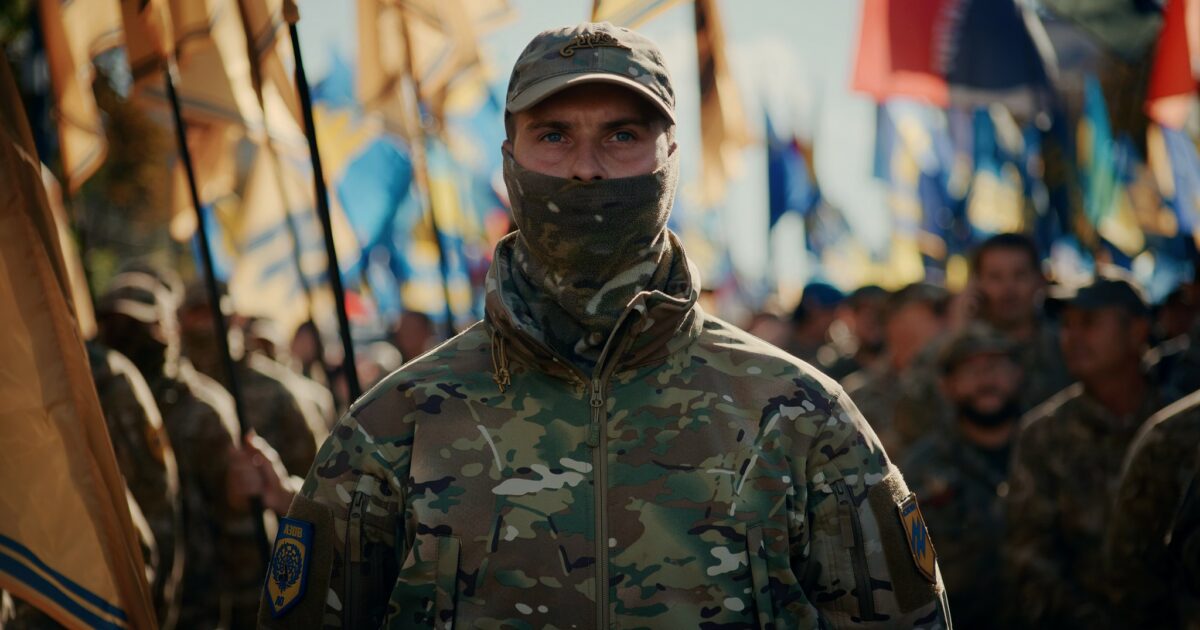 Euronews –  As the war in Ukraine rages on, Europe’s international policy analysts and journalists have turned their attention to the Azov regiment, a former Nazi-insignia-carrying extreme-right street militia that has become integrated into Ukraine National Guard.Putin himself has claimed one of his reasons for the invasion was to “denazify Ukraine”. This claim is a lie, plain and simple. What Putin really wants is a Ukrainian government that obeys his commands.Nonetheless, western media has come to develop a sort of Azov obsession, buoyed by a complete lack of nuance in the reporting around this group. One key factor missing in all of the analyses of the Azov: the difference between the Azov movement and the Azov regiment.

The West’s Azov obsession and the inability to properly understand the overall phenomenon has even led to the spread of damaging anti-Ukraine propaganda in the media.Certainly, the Azov movement is a dangerous key player of the transnational extreme-right. The movement has served as a network hub for several years now, with strong ties to far-right extremists in many EU countries and the US.Their activities, including mixed-martial-arts tournaments, music festivals, merchandise shops, political events and paramilitary training are of great concern because their disregard for universal human rights is a threat to minorities, opponents and public safety in general.

However, the Azov regiment that is fighting against Russian invaders in Mariupol literally today, is something completely different.The regiment started off as an openly extreme-right volunteer battalion in 2014 when Russia annexed Crimea and Russian-backed separatists wanted to hand the Donbas region to Russia.In 2015, it was fully integrated into the Ukrainian national guard and since then operates under the command of the ministry of the interior.While the Azov regiment most likely has an above-average number of ultra-nationalists and far-right extremists within its ranks, there is no data available proving the popular claim that all or even a majority of its soldiers are neo-Nazis.

The extremist leadership mostly left the regiment in 2015 and started the above-mentioned Azov movement, which consists of a political party (National Corps) and a network of other smaller (militia) groups, youth clubs, and paramilitary training centres.The movement has been facing opposition and criticism, domestically and internationally, since its formation. But when your country is under attack by foreign invaders, it is understandable that Ukrainians will not focus on the political views of their co-defenders, but on who can and will fight the invaders.

And that is what is happening in Ukraine. In that sense, the old proverb “the enemy of my enemy is my friend” applies.War brings the unlikeliest of compatriots together: for example, left-wing football ultras from Arsenal Kyiv and right-wing hooligans from Dynamo Kyiv have been fighting together against the Russian invasion since 2014.Like many countries across the world, Ukraine will surely have to deal with their extreme-right problem, which is significant and complex.But the myth that Ukraine is run by far-right zealots is no more than Russian spin. In fact, during the federal election of 2019, the coalition of extreme-right parties, including the Azov movement’s National Corps, received a total of 2.15 % of the votes and no seats in parliament in a — according to Freedom House — free and fair election.

Furthermore, Ukrainian President Volodymyr Zelenskyy is Jewish.Journalists and analysts should report on the complicated, full picture of far-right extremism in the context of the illegal invasion of Ukraine by Russia, and also expose the extreme-right networks and actors in Russia, which do exist in much larger numbers than in Ukraine.Because ignoring dangerous organisations like the Russian Imperial Movement or the Wagner private military company while focusing and confusing Azov plays perfectly into Putin’s war-propaganda strategy and only serves to hurt the Ukrainian people they are trying to protect.Alexander Ritzmann is a Senior Advisor to the Counter Extremism Project (CEP), where he works on the analysis of transnational violence-oriented extreme-right networks