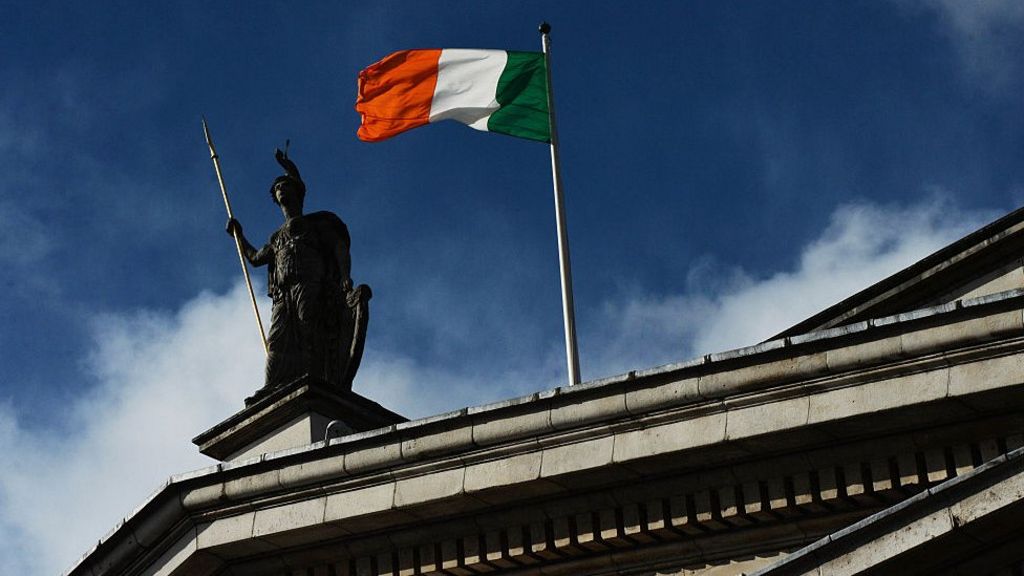 Independent – A former Irish soldier has been found guilty of membership of the so-called Islamic State terror group.Ex-Defence Forces member Lisa Smith, 40, was acquitted of a separate charge of financing terrorism after a nine-week trial at Dublin’s non-jury Special Criminal Court.Smith, a convert to Islam, travelled to Syria after terrorist leader Abu Bakr al-Baghdadi called on Muslims to travel to the country.The Co Louth woman had pleaded not guilty to charges of membership of IS and providing funds to benefit the group.

Smith, from Dundalk, wiped away tears as the guilty verdict of the three-judge court was read out by judge Mr Justice Tony Hunt on Monday. She was granted bail ahead of sentencing.Acquitting her of the financing terrorism charge, Justice Hunt said it could not be proved beyond reasonable doubt that when she sent 800 euro to a man in 2015 it was specifically for the purpose of supporting the IS group.He said there was “sufficient ambiguity” over why the money was sent, highlighting that it could have potentially been for charitable or humanitarian reasons.

The former soldier was bailed ahead of a sentencing hearing on Monday 11 July.The court previously heard how Smith “specifically assessed, analysed and ultimately answered the call to migrate” to the war torn country. A prosecutor in the trial of the former Defence Forces soldier told the court that it was not a case of a “simple or innocent act of travel” at an unfortunate point in time when she travelled to IS-controlled territory.

The Co Louth woman, 39, pleaded not guilty to charges of membership of IS and providing funds to benefit the group.In his closing speech, prosecuting counsel Sean Gillane told the three-judge, non-jury court that the “element of buyer’s remorse” asserted was not a defence.“Ms Smith is not being prosecuted for believing in Islam or following Islam, or for believing in a caliphate or a caliph,” Mr Gillane added.

“It’s important to resist any attempt to conflate the nomenclature, she is being prosecuted for joining a terrorist group. “There are many straw men in the case that obscure the real issue. To ask the court to consider the merits, legitimacy of a caliphate is about as valid as asking the court to pronounce on the existence of heaven or hell.“The fact that followers of a religion do not have a monopoly on sincerity of belief, it hardly needs to be expressed.

“Belief is neither here nor there for the purposes of what is to be assessed.“The suggested sincerity with which she holds those beliefs, her sincerity or otherwise is besides the central point.“The self-declared caliphate is not a country, it is not a nation state, it is a proto-state created by an illegal organisation, a gang, which exists solely through its members with Abu Bakr al-Baghdadi declared leader of that organisation.”He said that Ms Smith’s decision to travel to IS territory in 2015 did not “involve some missing of a target on an otherwise lawful and wholesome journey”.

“It is not a case of a simple or innocent act of travel or near presence at a place in an unfortunate point in time,” Mr Gillane added.“An element of buyer’s remorse has been asserted, it is understandable, but that is not a defence. “It is the case on the evidence that Ms Smith specifically addressed, assessed, analysed and ultimately answered the call to migrate to this place controlled by IS, and this is the Hijrah referred to in the context of the case.”Michael O’Higgins, defence counsel for Ms Smith, told the court that the evidence shows that his client had fully accepted before she travelled to Syria that there was “no prospect” of her fighting.

He said she believed she would go to Syria and marry and have an extended family and would continue to “survive and prosper in Islam, which would not require her to go back to Ireland with her tail between her legs”.Mr O’Higgins said that was not consistent with her becoming involved in any form of combat.He said during her time in Syria, Ms Smith spent her time being a “dutiful wife”, and cleaned, washed, cooked and went food shopping.“The only action which the prosecution has pointed to, was that by buying into maintaining a husband, if he is an Islamic State soldier, you are becoming a member of that organisation by virtue of that action and to my surprise through having babies as well,” he added.

He described as a “tall order” any claim that Ms Smith had a baby so the child could be raised to become an IS fighter.“That is what you’re being asked to convict. The fact she had children is an indicator she is a member of a terrorist organisation,” he added.“My client crossed the desert with her baby under her arm and stayed in a camp and got nappies and milk powder from visiting FBI agents.”