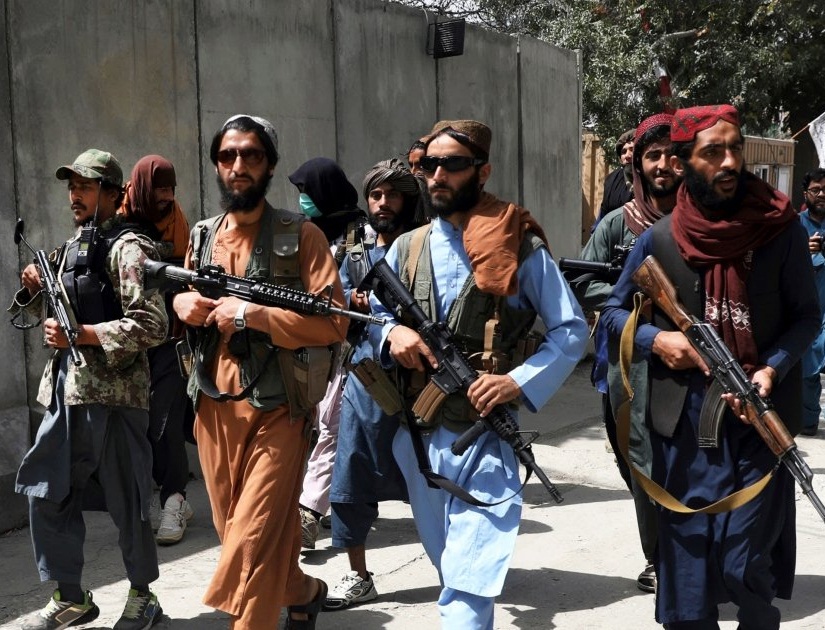 Paris (AFP) – The killing of Al-Qaeda chief Ayman al-Zawahiri in a US drone strike will not affect the operations of the terror group’s affiliates across the world, but opens the way for a potentially troubled succession process.The Egyptian jihadist, who the United States says has been killed in a hideout in the Afghan capital Kabul, never even attempted to replicate the charisma and influence of his predecessor Osama bin Laden, the mastermind of the September 11, 2001 attacks against the United States.

But after US special forces killed bin Laden in Pakistan in 2011, he played a key role in encouraging a decentralisation of the group, which resulted in Al-Qaeda franchises emerging all over the planet.These include the Al-Shabaab who still control a large chunk of rural Somalia, the JNIM active in West Africa — in particular Mali, and the Al-Qaeda in the Indian Subcontinent (AQIS) branch.”He accepted major new players in the Al-Qaeda network,” said Hans-Jakob Schindler, director of the NGO Counter-Extremism Project and a former UN advisor.”So it is a blow to Al-Qaeda,” he said. But “it’s not going to stop anything” planned by Al-Qaeda affiliates.

‘Bit of a challenge’

The most likely successors pointed to by analysts contacted by AFP include two other Egyptians.One contender is Saif al-Adel, a former Egyptian special forces lieutenant-colonel and figure in the old guard of Al-Qaeda, whose presence has been reported in Iran.The Islamic republic’s Shiite rulers officially oppose the Sunni Al-Qaeda but opponents have repeatedly accused Iran of cooperating with network and giving sanctuary to its leaders.Also in the running is Abu Abd al-Karim al-Masri who is part of the leadership of Syrian jihadist group Hurras al-Din and believed to be in Syria.”Zawahiri was not involved in the day-to-day decision-making of the affiliates… but you need a figurehead with a certain prominence and seniority because all the heads of all the affiliates need to swear personal loyalty to him,” said Schindler.

“So replacing him is going to be a bit of a challenge.”Rita Katz, the director and co-founder of the SITE Intelligence Group, said the Al-Qaeda succession was the “big question” in the wake of the killing of Zawahiri.”Unlike the situation after Osama bin Laden’s killing, so much of its leadership has moved to Syria, where many were killed,” she said.She said that little is known about the whereabouts of Adel but emphasised it was far from certain he was still in the Islamic republic, where observers believe he spent some two decades.”Rumours are that he was released from prison in Iran and moved to Syria. However not much is known,” she said.

Adel joined the Egyptian Islamic Jihad group in the 1980s. He was arrested but later freed, and travelled to Afghanistan to join Al-Qaeda under Zawahiri.Scrutiny over Tehran’s alleged relationship with Al-Qaeda intensified in August 2020 following the killing in Tehran, reportedly by Israeli agents, of Abdullah Ahmed Abdullah, the group’s former number two under Zawahiri and known by his nom-de-guerre of Abu Mohammed al-Masri.This prompted then US secretary of state Mike Pompeo to claim — just a week before his boss president Donald Trump left office — that Iran was the “new Afghanistan” for Al-Qaeda militants, a statement that was met with some scepticism by analysts.

The Soufan Center, a US-based security research organisation, said the killing of a number of Al-Qaeda old guard figures in recent years had left the network with a “dwindling bench of potential successors”.It said Adel’s “long presence” in overwhelmingly Shiite Iran “might taint his candidature in certain circles”.Younger Al-Qaeda cadres may prefer a figure like Masri who in Syria “worked assiduously to cultivate ties with potential recruits more focused on local targets and motivated by parochial grievances in regions engulfed by civil war and insurgency”.”The selection of Al-Qaeda’s next leader will tell a great deal about the future plans of the organisation,” it said.