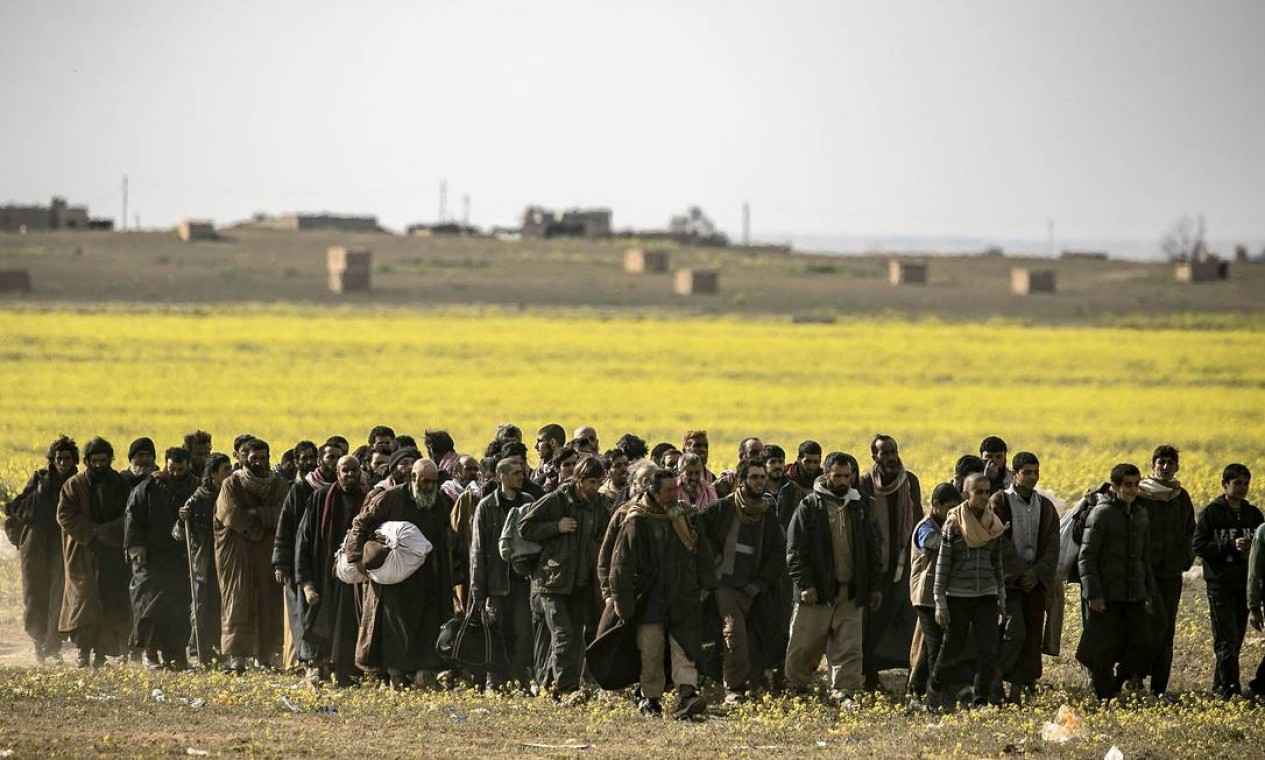 Thenationalnews – Legions of ISIS foreign fighters have fanned out across the globe to pose the threat of a resurgence by the group in territories from Syria into Asia.Researchers at King’s College London said more emphasis needed to be placed on the movement of veteran fighters to conflict zones in South-East Asia and Africa rather than their return to Europe.Latest figures from the university showed that 53,000 people travelled to Syria to join ISIS between 2013 to 2018.

“Of far greater risk is the growing threat from ISIS in both its former stronghold in Iraq and Syria and in terrorist zones around the world.”These relocators enable ISIS to evade direct confrontation and to strengthen their operations.”Mr Milan said inaction from western governments in dealing with ISIS detainees in Syria and Iraq and a worsening humanitarian situation there provided a perfect breeding ground for a revival of the terrorist group.

This posed a far greater long-term risk to countries in the West, said the paper, published in the institute’s 2020 Armed Conflict Survey.The report revealed that since mid-2019, ISIS led “targeted recruitment and redistribution of extremists” into conflict zones in countries from Libya to the Philippines in an effort to strengthen operations.Areas targeted in Asia included regions beset by political instability, such as smuggling routes across the Afghanistan-Pakistan border.

It said that in South-East Asia at least 100 foreign fighters had joined ISIS militias in the Philippines since a siege in 2017.Indonesia and Malaysia were also identified as priority relocation destinations.Thousands of extremists and their families detained in prisons in Syria could also “exacerbate existing grievances and breed a new generation of ISIS militants”.The paper highlighted that, despite appeals from the UN, western governments avoided responsibility for the repatriation, trial, detention and eventual reintegration of ISIS affiliates who were citizens of their countries.

Some countries used national laws to try ISIS fighters, but faced major difficulties in finding evidence.The authors said regional instability was made worse by the withdrawal of all US military forces from northern Syria last October. That had increased the risk that captured fighters could simply escape.”This has led to poorly guarded detention facilities and the escape of an unspecified number of ISIS fighters, with at least 76 extremists reportedly joining Turkey-backed Syrian militias operating in northern Syria,” it said.

“Western governments are avoiding taking charge of the repatriation, trial, detention and eventual reintegration of ISIS affiliates who are citizens of their countries.”Home country officials hoping that the problems posed by the citizens could be kept at arms length are taking a big gamble.”The long-overlooked question of how to deal with captured foreign fighters is rapidly becoming a pressing issue, given the huge numbers of surrendering fighters and their families massing in prisons in Syria,” Mr Milan added.

“By overly focusing on returning foreign fighters and pursing a short-term, wait-and-see response to the management of captured foreign fighters, western governments are leaving us all vulnerable to the re-emergence of a stronger and more widespread ISIS presence.”Earlier this year, EU prosecutors called for ISIS fighters to be tried for war crimes as well as terror offences and to receive harsher sentences.