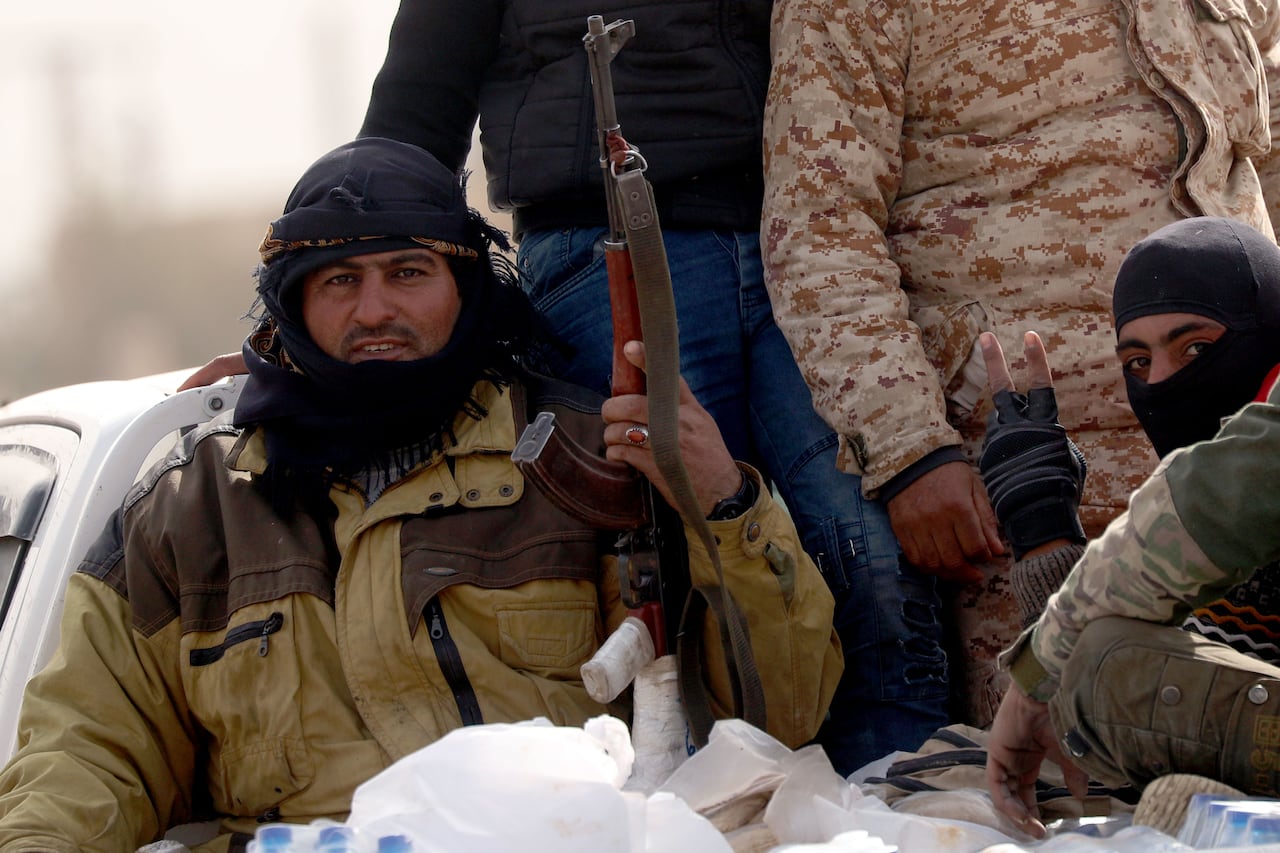 Wsj – WASHINGTON—A simple digital card praising Islamist militants for an attack on a Taliban position in Afghanistan last month is the first known nonfungible token created and disseminated by a terrorist sympathizer, according to former senior U.S. intelligence officials.It is a sign that Islamic State and other terror groups may be preparing to use the emerging financial technology to sidestep Western efforts to eradicate their online fundraising and messaging, they said.The NFT, visible on at least one NFT trading website and titled “IS-NEWS #01,” bears Islamic State’s emblem. It was created by a supporter of the group, likely as an experiment to test a new outreach and funding strategy for ISIS, the former officials said. Regulators and national-security officials have expressed concern about the potential for terrorists to exploit new financial technologies and markets, including NFTs.

“It was only a matter of time,” said Yaya Fanusie, a former economic and counterterrorism analyst at the Central Intelligence Agency.An NFT is a unit of data stored on a blockchain—a database of transactions organized without the need for a central trusted authority. The technology first emerged as a means of tracking, valuing and trading digital assets, but developers say that it has much broader applications, such as digital concert tickets and branded collectibles like digital trading cards.S-NEWS #01 doesn’t appear to have been traded, but its existence on the blockchain—distributed across countless systems connected to the internet—makes it nearly impossible for the Justice Department and other law-enforcement agencies to take it off the internet, unlike, say, a news release that lives on a conventional website serviced by a host.

“It’s as censorship-proof as you can get,” said Mario Cosby, a former federal intelligence analyst specializing in blockchain currencies. “There’s not really anything anyone can do to actually take this NFT down,” said Mr. Cosby, who is now at blockchain analytics firm TRM Labs.Since many social-media platforms take down links to offensive NFTs, the technology doesn’t lend itself to the explosive replication across the internet that makes tweets or videos go viral. Still, the more NFT blockchain details are shared, the more the number of people who view them. A screenshot of the IS-NEWS #01 NFT, at left, and two others from the same creator on the NFT marketplace Rarible. They aren’t currently offered for sale on this or other platforms, but analysts say terrorist groups could clearly finance their operations through sales of NFTs.

ISIS lost nearly all of the expansive terrain it had claimed across Iraq and Syria by the end of 2017, cutting off its primary source of funding. Western authorities have also crippled other financial channels, including shutting down its fundraising and propaganda websites. Social-media platforms have also become more responsive to calls by lawmakers to censor posts deemed to violate their code of conduct.Western officials are concerned that remnants of the group—both online and on the ground—could foster a revival. The U.S. exit from Afghanistan last year has provided an opportunity for the group to stage a comeback by taking over areas now held by their enemy, the Taliban.Mr. Cosby said two other NFTs created by the same user that same day, Aug. 26, also exhibit hallmarks of Islamic State. One shows a picture of a person in a lab suit and gas mask, surrounded by beakers and assault rifles—an Islamic State fighter teaching students to make explosives, according to the caption. The other condemns cigarette smoking, recommending instead use of a miswak, or a stick toothbrush.

The NFTs’ creator didn’t respond to a request for comment, and Islamic State representatives couldn’t be reached. In addition to their resilience on the blockchain, NFTs potentially offer terrorists, arms dealers, corrupt governments, drug cartels and others a means of fundraising and contraband sales, officials said.Transactions in NFT markets can be private and anonymous, adding to the difficulty authorities face disrupting them.“The ability to transfer some NFTs via the internet without concern for geographic distance and across borders nearly instantaneously makes digital art susceptible to exploitation by those seeking to launder illicit proceeds of crime,” the Treasury Department wrote in a February study.Analysts who have studied the IS-NEWS #01 NFT say it is likely an effort by an Islamic State supporter to test whether authorities can be evaded and whether legitimate NFT marketplaces will delete the content or limit its availability.

“It’s very much an experiment…to find ways to make content indestructible,” said Raphael Gluck, co-founder of the U.S.-based research firm Jihadoscope, which discovered the NFT through pro-ISIS social-media accounts.The IS-NEWS #01 NFT and two others from the same creator aren’t currently offered for sale on NFT marketplace Rarible or other platforms, but terrorist groups could clearly finance their operations through sales of NFTs, analysts said.One of the marketplaces where the NFT was registered, OpenSea, took the listing off its site and closed the poster’s account, a spokeswoman said. She cited “a zero-tolerance policy for listings that incite hate and violence.”The NFT is available on a platform called IPFS, a system that stores and retrieves data across an array of internet nodes, which would be extremely difficult to eliminate, said Mr. Cosby.