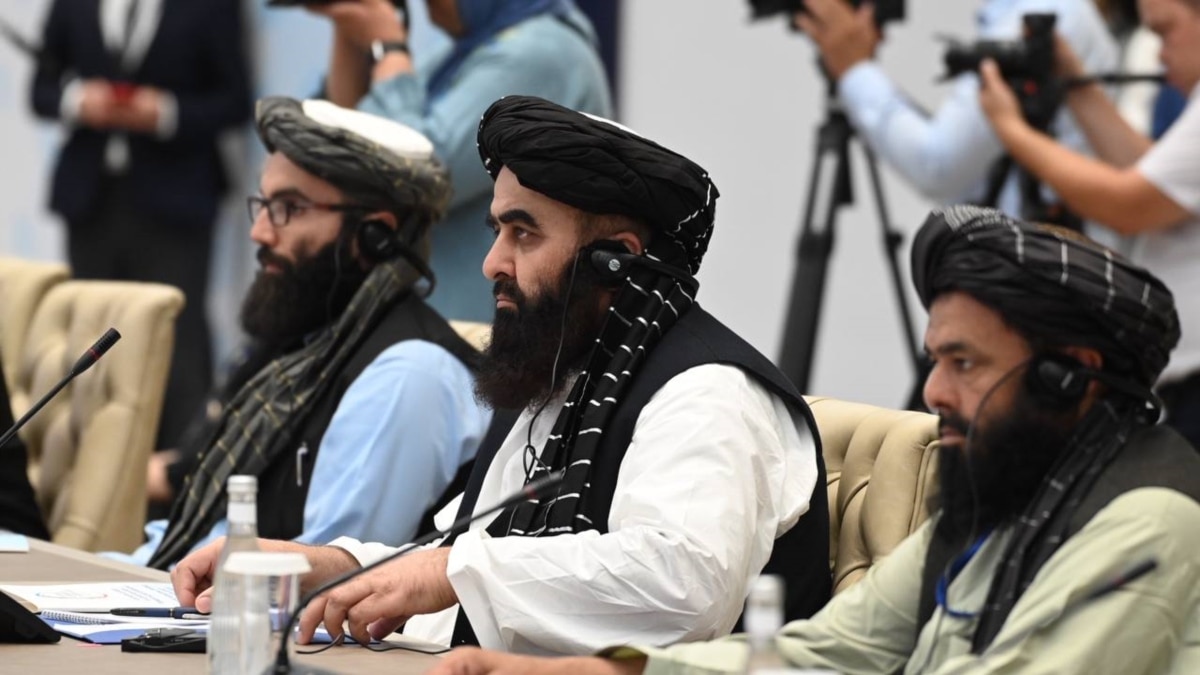 Euronews – In the year since the fall of Kabul, the situation in Afghanistan has deteriorated exponentially from an economic, humanitarian and human rights perspective. Millions of Afghans are facing severe food insecurity due to lost income and rising food costs, while advances made post-2001 towards women’s rights and media freedom have been rolled back.

The Taliban of today are recreating their extremist and misogynist regime from the 1990s, with few, if any changes. Three sets of problems echo from the Taliban’s first reign: links to al-Qaeda, a deteriorating economic situation, and the illicit drug trade. These issues not only cause devastation for the Afghan population but pose a real threat to European interests.

Perhaps most worrying is the continuing symbiotic relationship between the Taliban and al-Qaeda, as Afghanistan provides a safe harbour to the terror group and a whole range of its affiliates. The Haqqani Network, one of the most influential power centres within the Taliban regime, has built this connection with al-Qaeda over two generations. Jalaluddin Haqqani, the founder of the network built a close personal relationship with Osama Bin Laden, protecting Bin Laden’s early terror camps in the east of Afghanistan and facilitating Bin Laden’s escape from the country in late 2001.

This intimate connection is maintained by Jalaluddin’s son, Sirajuddin Haqqani. This was exemplified by the death of former al-Qaeda leader al-Zawahiri in a house in Kabul belonging to Sirajuddin, the current acting interior minister of Afghanistan.

The reciprocity between the Taliban and al-Qaeda is compounded by ISIS-K, an ISIS affiliate that views the Taliban as weak apostates. Not only is ISIS-K one of the most deadly and aggressive terrorist actors in the region, but they pose an ideological challenge to the Taliban. Going forward, the Taliban will likely struggle with countering ISIS-K while maintaining its grip on the government. To limit the number of defections from their own ranks to the even more extreme ISIS-K, the Taliban’s more radical elements will undoubtedly continue to expand their influence.

While the leaders of this extremist regime continue to restrict human rights in Afghanistan, in particular the rights of women and freedom of speech, Afghanistan is in a state of almost complete economic collapse, with 90% of the population suffering from food insecurity. Amid the staggering humanitarian catastrophe, the Taliban’s leadership is being financed by an entrenched illicit drug trade in the country. Illicit drug production and sale remain the cash crop of the country and the primary income stream for the Taliban. Unfortunately, so far, they have neither diverted their profits from this illicit trade to ameliorate the plight of ordinary Afghans nor have they undertaken serious efforts to reduce drug production.

As Afghanistan’s illicit drug trade flows globally, the international community needs to get serious about this threat not only as a matter of public health but also as counter-terrorism financing. Heroin and increasingly the more lucrative methamphetamine bleed through transport routes, making their way to Brussels, Berlin, and other European cities by way of Iran, Turkey and the Balkan states, via Central Asia as well as the Indian Ocean and East Africa. Meanwhile, the Taliban is funnelling these profits into a war chest it can put towards further violence and extremism.
The triumvirate of emerging issues is emblematic not only of the Taliban’s inability to run a functioning government but the desperate lengths they will go to retain power and control cash flows. European governments must recognise this new reality and act urgently.

At the end of 2021 and the beginning of 2022, the United Nations Security Council, the US government, as well as the European Union, decided to establish major and sweeping carveouts from the existing sanctions against the Taliban to enable humanitarian operations and the provision of basic human needs. Subsequently, aid began to flow back into Afghanistan. For example, the United Nations transports millions of US-Dollars in cash into Afghanistan every month, slowly transforming the Afghan economy away from the Afghani towards the US-Dollar as the main currency. This year, the EU gave €115 million on top of €222 million in 2021.

However, these aid flows need better oversight. Aid oversight in Afghanistan has been largely outsourced to the United Nations Assistance Mission in Afghanistan (UNAMA). UNAMA’s risk management unit, responsible for this, remains under-resourced and understaffed. The new sanctions provisions remain vague and key terms remain undefined, creating at best confusion within aid compliance mechanisms and at worst an under-monitored cash flow towards the Taliban. Better monitoring and documenting is needed, as is a higher standard of transparency on aid diversions under the Taliban.

The fall of Kabul did not mark the end of extremism in Afghanistan, but the beginning of a new chapter. Should the EU, international community, and European governments fail to confront these challenges immediately to stave off further humanitarian catastrophe and extremist violence, Afghanistan will go the way of the 1990s – back to the future.

Dr Hans-Jakob Schindler is the former coordinator of the UN Security Council’s ISIL, Al-Qaeda and Taliban monitoring team, and a senior director for the Counter Extremism Project.