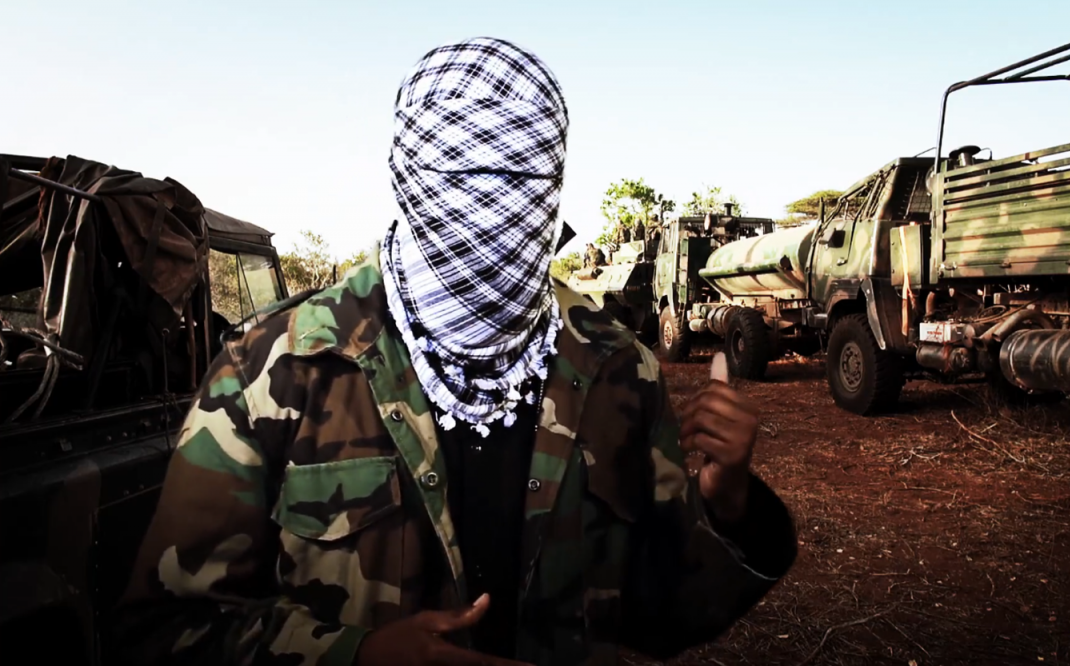 ICCT – In September exactly nine years ago today, the al-Qaeda affiliated group al-Shabaab committed one of the worst terror attacks in Kenya’s recent history in the Westgate Shopping Mall in Nairobi in which 67 persons were killed, and over 150 injured. For anyone living in Kenya at the time, the attack has left scars and harrowing memories of the days and aftermath of the attack. The attack was later referenced to as a siege as it took four days for the security personnel to secure the visitors present in the mall and pacify the attackers.

Since the Westgate attack, multiple significant changes have taken place in the region, which has been undergoing a significant political transition, including the newly concluded electoral process in Somalia, resulting in a return of Hassan Sheik Mohamud as president for a second time. President Mohamud was also the president at the time of the Westgate attack in 2013. In 2017, he handed over the presidency to Mohammed Abdullahi Mohamed or ‘Farmaajo’, as he is better known, who led the country for a period of five years.

In the months following May this year President Mohamud articulated his policy for his tenure, including launching a renewed offensive against al-Shabaab, which is still a major ongoing security threat to Somalia. Last week, he was in the United States and at a public meeting at the Centre for Strategic and International Studies (CSIS). There he clearly reemphasised his policy and invitation to regional and international partners to – with all means possible – seek to ensure that the instability al-Shabaab is causing in the region is diminished.

Al-Shabaab will likely continue to influence the dynamics of the Horn of Africa region for the years to come with its epicentre in Somalia, but with regional dimensions as well. This Perspective takes stock of the recent political developments, and the evolution of the threat from al-Shabaab both within Somalia and Kenya. It will then discuss how the new political landscape enables a more regional approach towards responding to al-Shabaab which could lend to achieving greater stability and economic prosperity in the Horn of Africa.

The multi-faceted fight against al-Shabaab in Somalia is significant and has been ongoing since the group’s founding in 2005. The groups’ capabilities vary depending the geographical area, the clan dynamics of the specific cell, community living in the respective area, the strength of local militia, the significance of historic grievances, and so on. As such, painting a clear picture of the capacity of the group at any one time is complex. Similarly, addressing al-Shabaab’s avenues of financing, revenue collection, and recruitment of new soldiers are all important when seeking a more sustainable solution to the threat from the organisation in the long-term.

In Kenya, al-Shabaab has continued to pose a significant threat since Westgate. The militant group has carried out several larger-scale attacks, most notably a series of raids against villages close to Mpeketoni in mid-2014, an attack on the Garissa University compound in April 2015, the more recent attack against the 14 Riverside complex in Nairobi in January 2019, and the targeting of a US military base in Lamu in January 2020. While the group remains extremely dangerous in Kenya, its ability to recruit, operate, and carry out attacks in the country appears to have evolved and has reduced over the decade. Simultaneously, the Kenyan security system has improved both in its coordination and responses, acknowledging that dealing with the threat from a violent extremist organisation cannot be conducted via conventional operations, but requires a whole-of-government approach involving bringing together numerous agencies from prevention to intelligence coordination in addition to response efforts.

Despite these significant improvements, the frequency of attacks on telecommunication masts, infrastructure, education, and health facilities, as well as security personnel remains relatively high along the Kenya-Somalia border. Low level attacks carried out over the last decade have led to the loss of hundreds of Kenyan lives, in particular serving officers. The socio-economic consequences of this threat have continued to weaken economic activities, and social services such as education and health provision.

Along the southern end of the 700km border, an al-Shabaab cell known as Jaysh Ayman has been positioned in Boni Forrest since 2014. This group was likely closely involved with the attack on the American base in Manda Bay in January 2020. At least three people were killed, and several aircrafts were destroyed. The incident led to significant concerns about a renewed offensive from the group. The attack, however, is also likely to have contributed to a renewed commitment from international partners in the offensive against the group.

Across the full length of the Kenyan coast the economy has suffered immensely from these attacks over the last decade. Foreign travel warnings led to the huge losses of income from tourism and commercial activities. Economic decline caused further despair and concerns in the wider population which are likely to contribute to further recruitment if manipulated by al-Shabaab-associated recruiters operating in the areas.

There has more recently been an acknowledgement that terrorism is not only a foreign problem (as has been the policy for some time now), and that Kenya is more than a ‘spill over’ country. There has, in fact, been increased recognition that the problem is also domestic, and many of the recruits and attacks are from Kenya and have been carrying out activities within Kenyan soil.

Just like in Somalia, the political landscape in Kenya has changed significantly in recent weeks with the election of the new president William Ruto. President Ruto’s specific policy towards violent extremism has not yet been expressed, but Kenya is likely to continue its internal security efforts, support to the military campaign in Somalia, as well as its contribution to the African Union Transition Mission in Somalia (ATMIS).

President Ruto’s recent election campaign was built on bottom-up approaches to trade and commercial interests focussing on individual traders or ‘hustlers’ at the core. Keeping this focus in mind President Ruto is, with his new administration, likely to seek to establish a more enabling environment for commercial interests. This could include cross border trade along the Kenyan-Somali border, which has been challenging since the formal closure of the border since 2019.

With the two new presidents in both Kenya and Somalia comes new opportunities for regional cooperation. Although President Ruto’s administration has made little mention of terrorism and al-Shabaab in his manifesto, his desire to create and environment for trade and commerce could mark a new phase in the fight against al-Shabaab. The two leaders, if they can overcome historical disagreements, are likely to be interested in developing a renewed approach to cross-border management. This may necessitate fortifying key border points, and a stronger legal approach to managing illicit activities while opening the licit trade routes. If the communities along the border to engage in trade, and normalising their daily activities, this could go a long way towards increasing opposition to al-Shabaab.

The next phase against al-Shabaab

With these developments, the coming period appears to have a clear direction which would see Somalia being firm with al-Shabaab, and with sustained international support addressing them with all means possible. While analysts have assessed the extent to which this might be the time for exploring talks with al-Shabaab, President Mohamud emphasised before the CSIS talk that his policy will be to strengthen efforts to defeat the group until a conversation might be made possible for a political settlement. It is therefore highly likely that the current policy will continue to lead to increased intensity and frequency of fighting in numerous areas within Somalia. The conflict may well spill over in the region including into Ethiopia (as has happened already) and Kenya.

In Kenya, the management of this situation will corelate closely with how the new Kenyan administration takes up approaches to whole-of-government management of terrorism including border security management.

Today’s situation exactly nine years after Westgate presents a new phase in the fight against al-Shabaab for the whole region, and a new opportunity for how the threat is managed from a regional perspective. It is widely acknowledged that military- and security-led responses alone will not lead to a sustainable solution, but they can be a part of a tactical response in the short-term, creating the localised stability necessary for trade and economic activities to become established. Aligning policies between Kenya and Somalia in addressing the threat from al-Shabaab is key and enhancing cross-border financial opportunities should form an important component of any joint strategy. Equal and fair access to the market must be facilitated in areas that have been neglected in the past along the Kenya-Somalia border.

Martine Zeuthen is an Associate Fellow at RUSI and a senior researcher specializing in extremism and radicalisation, PCVE, program management and research methodology. She advises on PCVE and disengagement programs in the Horn of Africa and MENA regions. She is a Danish anthropologist, and is studying for a doctorate in Crime and Security Studies at University College London. You can follow her on Twitter @MartineZeuthen

Demuynck, M., Mehra, T. LLM., and Bergema, R. The Use of Small Arms & Light Weapons by Terrorist Organisations as a Source of Finance in West Africa and the Horn of Africa. Situation Report, The International Centre for Counter-Terrorism, 1 July 2020