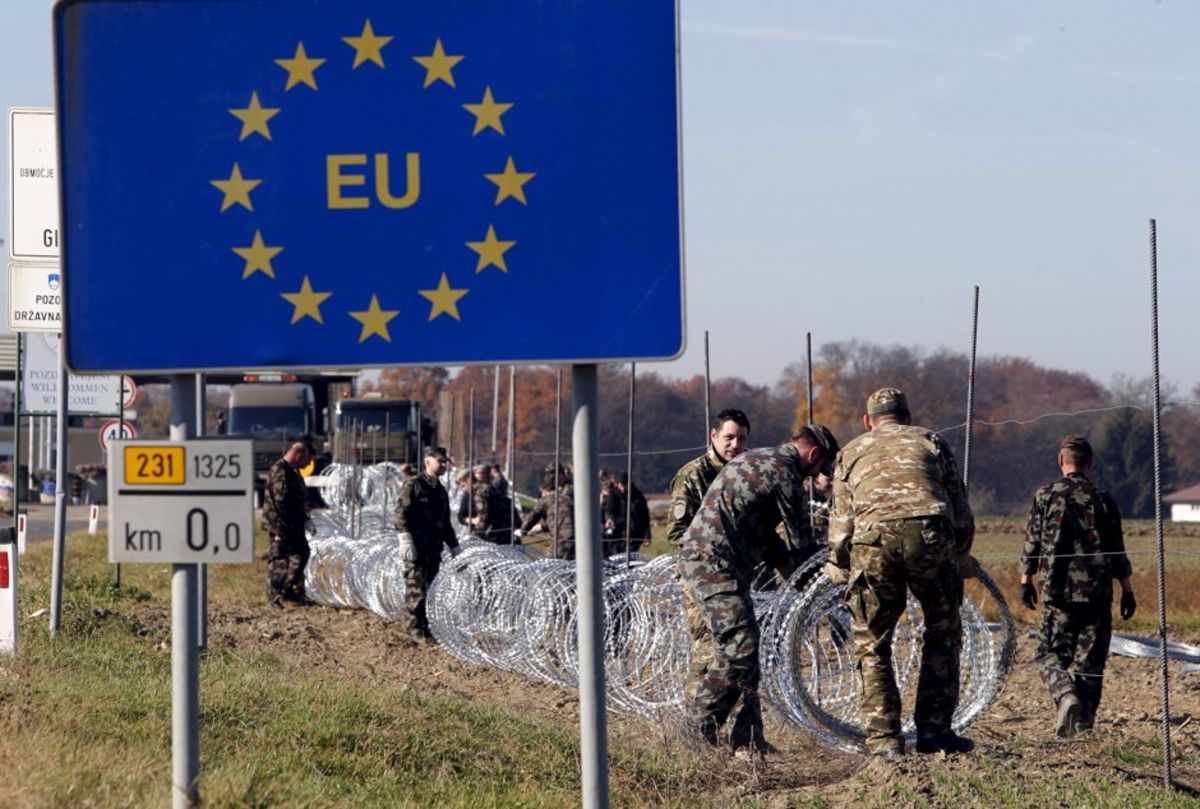 DW – Though the top EU court recently ruled that Germany, Denmark and other Schengen states have no legal basis for extending border checks reimposed in 2015, the European Commission is not initiating infringement procedures.According to the Schengen Agreement, people and goods may freely cross the borders of the 26 signatory countries without any checks or requirements. Internal border controls within the Schengen Area can only be reintroduced as a last resort in response to serious threats to domestic security.

Citing concerns about migration and/or terrorism, however, Germany, Austria, Norway, Sweden, Denmark and France have kept border controls in place continuously since displaced people began arriving to Europe in increased numbers in 2015. The countries have just prolonged the checks for another six months. That’s the second extension since the European Court of Justice ruled in April that temporary reintroductions of border controls may not last longer than six months per announced threat.A DW analysis from 2019 had also found that these border controls violate the terms of the Schengen Agreement, which is considered a binding law for the 22 EU countries who have signed on, as well as Iceland, Liechtenstein, Norway and Switzerland.

It would usually be the role of the European Commission to admonish member states for breaching EU laws. Such infringement proceedings can lead to heavy financial sanctions. In 2018, for example, Spain had not fully implemented rules mandating that all EU citizens have access to reasonably priced bank accounts. The Commission ordered Spain to pay €50,000 every day until it could implement a national law conforming to the rules.The Commission has not launched infringement procedures against any of the relevant member states for continuing the border controls. “The issue is just too politically sensitive,” said Leon Züllig, a research assistant at the Chair for Public Law, International Law and European Law at Justus Liebig University Giessen, who is writing his dissertation on the EU’s internal borders. “The member states and their ministries of the interior would be furious.”

The European Commission did not respond to requests for comment by DW. In a hearing with members of the European Parliament in January 2021, the Commission argued that adapting the rules might be a better solution than initiating infringement procedures. It cited the fact that member states had stopped complying with the rules as evidence that the rules themselves might be inadequate.The Commission’s recent State of Schengen report lists “lifting all long-lasting internal border controls” among its priorities for 2023.It appears that the Commission intends to try to convince member states to voluntarily stop controls through changes to the Schengen Borders Code. A first draft of such a reform failed in 2017 because the Council of the European Union, a roundtable of relevant ministers from member governments, did not support it.

The latest proposal by the Commission would introduce a range of changes to the rules governing the Schengen Area. Notably, it aims to expand the range of “alternative measures” that member states can introduce instead of border controls. In consultations about the reform, member states specifically requested that technologies currently only used at the EU’s external borders be applied within the Schengen Area, as well.Such technologies would include automatic surveillance and data collection by authorities through, for example, analysis of Passenger Name Record and Advanced Passenger Information data. This adds up to what Leon Züllig calls an “invisibilization” of border controls. “From the point of view of fundamental rights, these measures are perhaps even more dangerous than a physical barrier,” he said, “because they are ultimately relying on a kind of mass surveillance — including of EU citizens.”

These alternatives might also increase the risk of discrimination at the border. PICUM, an NGO dedicated to safeguarding human rights of undocumented migrants, voiced concerns that the proposal opens the door to racial profiling. The organization also refers to reports showing that surveillance technologies replicate and enshrine biases against marginalized people.The proposal now lies with the European Parliament’s Civil Liberties, Justice and Home Affairs Committee, which has just presented its draft report. The report suggests deleting some the relevant sections of the proposal, warning that “permitting more checks that will look and feel like border control does not match with the aim to offer EU citizens an area of freedom, security and justice without internal frontiers.”

Juan Fernando Lopez Aguilar, the chair of the committee, also told DW: “Any technological developments must be consistent with the Charter of Fundamental Rights and the EU data and privacy standards, which are the highest in the world.” The European Parliament has criticized the ongoing border controls in the past, and has generally supported free movement over increased national security.It remains to be seen whether those suggestions, in turn, will be accepted by the Commission and the EU member states.For now though, border controls in the free movement area will now enter their eighth consecutive year — with no consequences in sight.