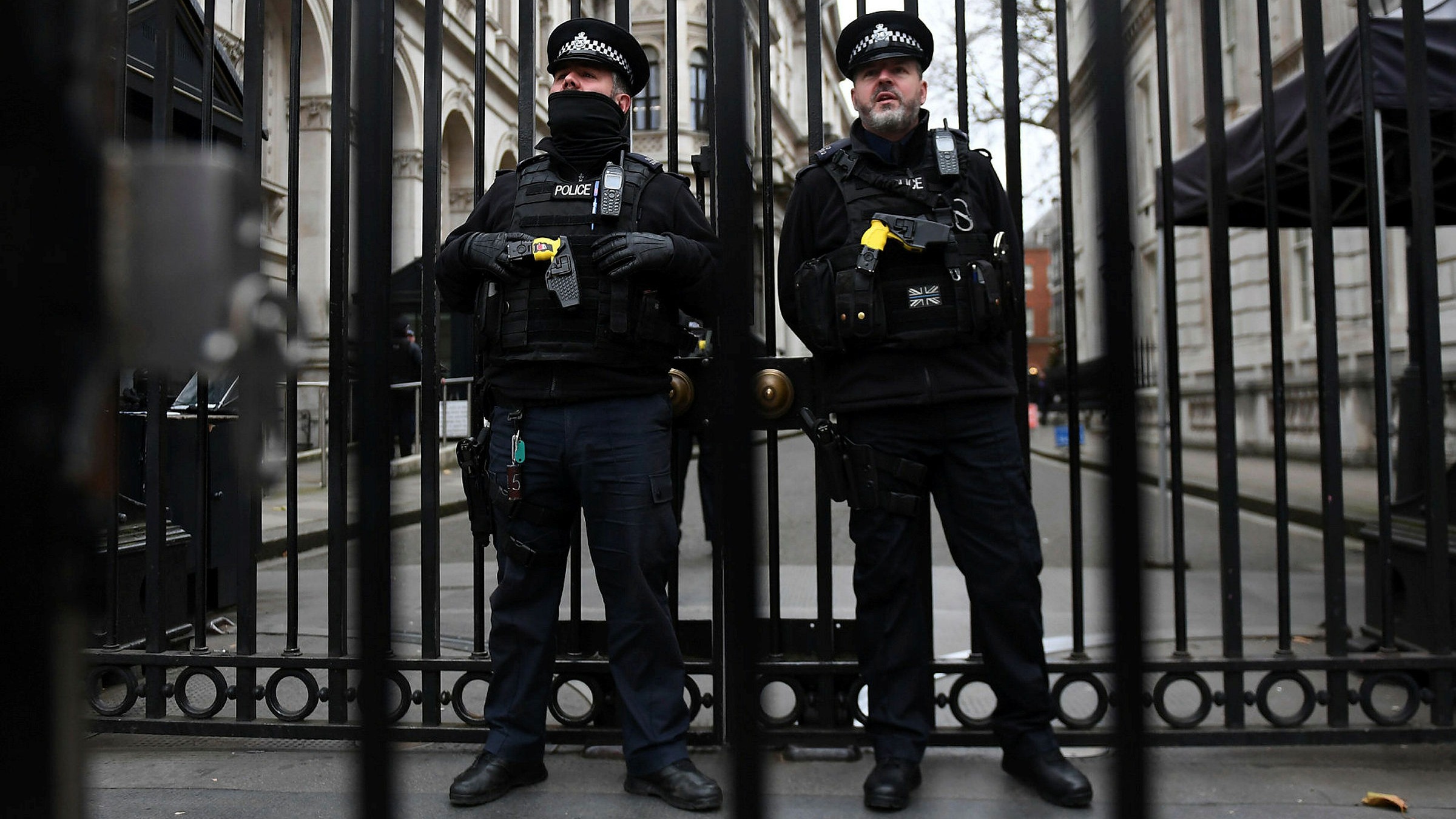 BBC – There have been at least 10 potential threats by Iran to kidnap or kill British or UK-based people this year.The figure was revealed by the head of MI5, Ken McCallum, in his annual update on threats facing the UK.Mr McCallum also warned the UK “must be ready for Russian aggression for years to come”.But he said Russia had suffered a strategic setback after a mass expulsion of its spies around the world in the wake of its invasion of Ukraine.”No one should be under any illusion about the breadth and variety of the threats we face in 2022,” Mr McCallum told an audience inside Thames House, the security service’s London headquarters.

He warned the biggest shifts his service was seeing came in threats posed by other states who were “not squeamish about the tactics they deploy”.Iran projected threats “directly” in the UK through its “aggressive intelligence services”, he said.This included ambitions to kidnap or even kill British or UK-based people perceived as enemies of the regime, he said.”We have seen at least 10 such potential threats since January alone,” he revealed.Last week it emerged that Iranian journalists based in the UK had received warnings from the police about potential risks to their lives.

Mr McCallum said MI5 had been working with domestic and international partners to disrupt what he called “completely unacceptable activity”.He said he could not provide further details of the potential plots but said Iran had sometimes operated using their own spies and sometimes others to work on their behalf utilising a combination of tactics, sometimes taking actions within Western countries and sometimes trying to lure people back to Iran.He said the country’s willingness to undertake “reckless” actions had been seen across Europe in recent years.The MI5 head said Iran had also been providing support to Russia, including by supplying drones which, he said, had been “inflicting misery” in Ukraine.

He warned Russia’s invasion of Ukraine had been “raising national security questions some thought consigned to the history books”.Moscow will continue to use a mixture of covert threats – like spies and cyber-attacks – as well as more open means like pressure on energy prices and disinformation to target the UK, he warned. “They will keep attacking us.”But the MI5 head sounded an optimistic note on the ability of countries to make it harder for Russia’s spies to operate.More than 600 Russian officials have been expelled around the world since the invasion of Ukraine in February and more than 400 are believed to be spies, Mr McCallum revealed. “This has struck the most significant strategic blow against the Russian intelligence services in recent European history.”

In the UK, 23 Russian spies posing as diplomats had been expelled. But in addition some 100 more Russians have been denied diplomatic visas on national security grounds to replace them, he said.”We should not be complacent,” the MI5 head added. “We need to be prepared to expect Russian aggression covertly and overtly against the UK in the years to come.”He warned China was a “large and enduring challenge” using “all means at their disposal” to monitor and sometimes intimidate those considered opponents.

Recently a pro-democracy protester was attacked at the Chinese consulate in Manchester.”We’re seeing further indications of that repression,” the MI5 chief said, adding this was extending beyond the reports of overseas police stations into other ways of applying pressure on those challenging Beijing.”To intimidate and harass UK nationals or those who have made the UK their home cannot be tolerated,” Mr McCallum said.In January, MI5 issued an unusual interference alert about Chinese attempts to influence UK politics and Mr McCallum said Chinese intelligence services continued to try to influence public life, including by recruiting potential agents early on in their careers, for instance as local councillors or before they had become parliamentary candidates.

Terrorism remained a threat, he said, although that posed by international networks was not as acute as a few years ago.Since 2017, MI5 and the police had disrupted 37 late-stage attack plots, he said, a rise of eight since his update on threats last year.These were a mix of Islamist and extreme right-wing terrorism.On the latter, he said MI5 was seeing a growing number of right wing extremist influencers operating globally and amplifying conspiracy theories.He said MI5 was still seeing international terror groups trying to regroup and also what he called “the wicked problem of self-initiated lone actor terrorists, fiendishly hard to detect and disrupt”.A concern is the growth in attempts to acquire firearms, including homemade and 3-D printed weapons.