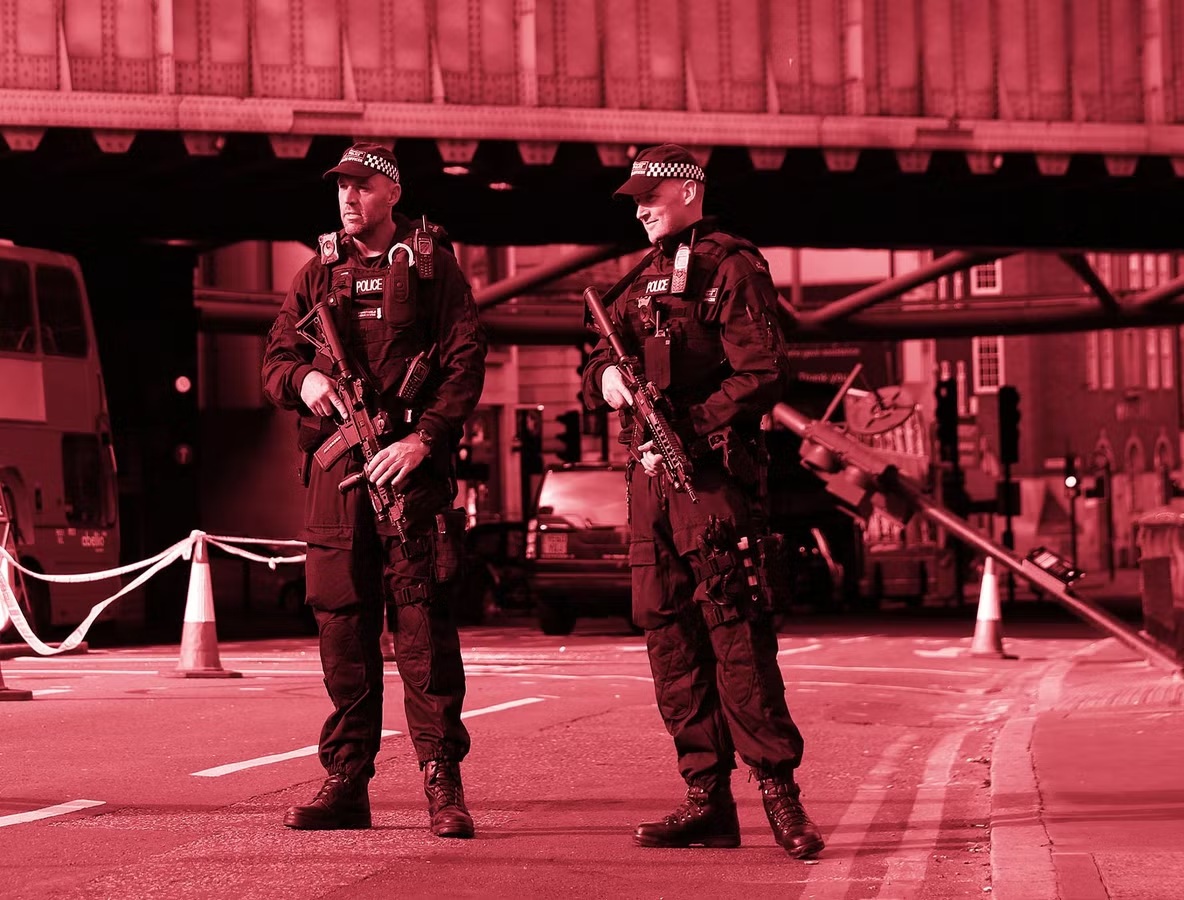 Thenationalnews – Security services are understood to have shared intelligence about the group, which could be outlawed within weeks.The UK Security Minister Tom Tugendhat and Home Secretary Suella Braverman are supporting a move to officially declare Iran’s Islamic Revolutionary Guard Corps a terrorist group, reports say.The announcement is expected to be made within weeks, The Daily Telegraph reported, and follows UK officials building the case against the IRGC and security services sharing intelligence.

When the group has been proscribed as a terrorist organisation it will become a criminal offence to belong to the IRGC, attend its meetings, carry its logo in public or encourage support of its activities.Whitehall clearly regards the Corps as a substantial threat to the UK as the designation would place it on a similar legal footing to Al Qaeda and ISIS.The move would follow action by the US and Canada, two of the UK’s partners in the Five Eyes intelligence-sharing alliance, which also includes Australia and New Zealand.

Action against the IRGC could complicate obtaining a new nuclear deal with Iran to curb its pursuit of nuclear weapons, and marks a hardening of the UK’s policy towards Tehran.Ken McCallum, the MI5 Director General, gave a rare public speech last November on Iran and its threat to the UK, which included detailing past plots.I’d raised with PM given Mi5 report of 10 threats to “kidnap or even kill British or UK-based individuals” in 2022 alone by #IRGC & Iran.https://t.co/U6od9G9vib pic.twitter.com/uYCQ81BTcD

“Iran projects threat to the UK directly, through its aggressive intelligence services,” Mr McCallum said.“At its sharpest, this includes ambitions to kidnap or even kill British or UK-based individuals perceived as enemies of the regime.“We have seen at least 10 such potential threats since January alone.”Mr Tugendhat is regarded as a driver of the designation and said last month that Iran had continued plotting against British targets despite Mr McCallum’s speech.

A Farsi-language TV station based in the UK claimed last November that an Iranian hit squad in London aimed to murder two of its British-Iranian journalists.The channel accused the IRGC of aiming to attack its journalists, who were not identified. Scotland Yard declined to comment at the time.The IRGC was formed after Iran’s 1979 revolution as an ideological custodian of the country’s new religious values.

The organisation has since grown to be a major military, political and economic force in the country.The IRGC now controls Iran’s elite armed and intelligence forces, and provides support to militant groups in places such as Syria, Iraq, Lebanon and Afghanistan.When Donald Trump was president of the US, he pulled the country out of a nuclear deal with Iran and designated the IRCG a terrorist organisation, in April 2019.

The move caused Hassan Rouhani, who was Iranian president at the time, to accuse Mr Trump of being a “leader of world terrorism”.Canada also banned more than 10,000 IRCG officers and senior members from entering the country last October and followed with the promise of more sanctions.It also classified the group under the Immigration and Refugee Protection Act, which Canada usually implements for those accused of the most serious war crimes.

In Britain, public displays in support of the IRGC have become more common, but they would become illegal if the group were proscribed.In May 2021, an IRGC flag was unfurled during an anti-Israel demonstration in Trafalgar Square. One Iranian news agency repeatedly ran footage showing the flag.The event prompted calls for action to be taken against the Corps, including from Mr Tugendhat, who at the time was on the backbench and chairman of the Commons foreign affairs committee.

Stephen Crabb, the Tory MP and parliamentary Commons chairman of Conservative Friends of Israel, said he supports proscribing the IRGC.“This would be a very welcome move. It is a step that a number of our key allies have already taken,” Mr Crabb said.“The Islamic Revolutionary Guard Corps is playing a key role supporting and facilitating the Iranian regime’s destabilising activities in the Middle East and beyond.

“It is very, very clear that the international community needs to take much stronger and clear-sighted action against Iran.”“Proscribing the IRGC would demonstrate to Iran that it can’t be business as usual,” said Lord Eric Pickles, the parliamentary Lords chairman of the Conservative Friends of Israel.Suggestions that the IRGC is a terrorist group has always been played down by Iranian politicians and officials, who have repeatedly defended its actions as a legitimate extension of the state.

Under the Terrorism Act 2000, the home secretary has the right to proscribe an organisation if it is reasonably believed that the body is involved in terrorism and it is proportionate to do so.So far, 78 terrorist organisations have been proscribed under law.“While the government keeps the list of proscribed organisations under review, we do not comment on whether a specific organisation is or is not being considered for proscription,” a government spokesman said.