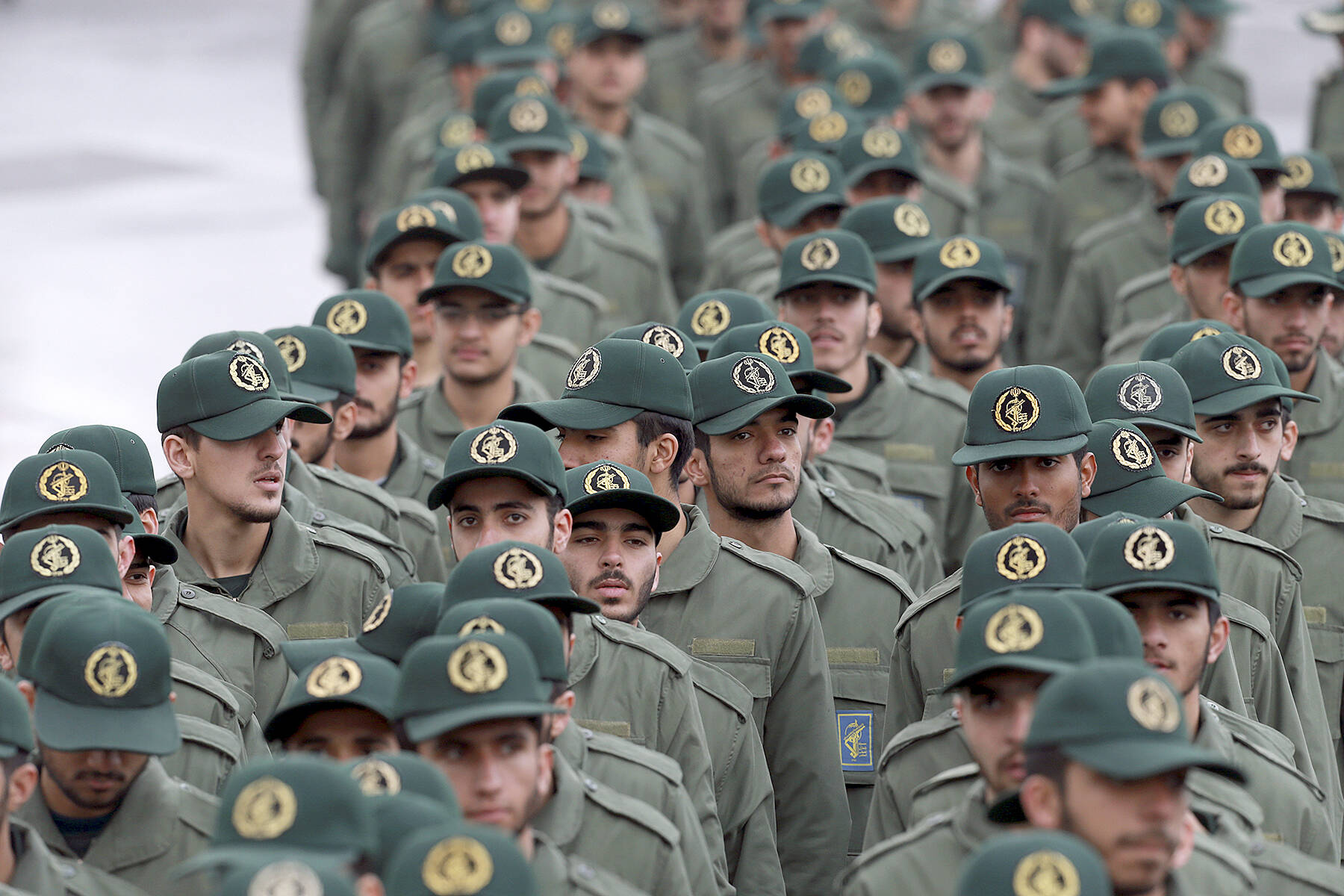 voanews – European Commission President Ursula von der Leyen said on Tuesday she backed listing Iran’s Revolutionary Guards (IRGC) as a terrorist organization to respond to the “trampling” of “fundamental human rights” in the country.Ties between the EU member states and Tehran have deteriorated in recent months as efforts to revive nuclear talks have stalled. Tehran has detained several European nationals and the bloc has become increasingly critical of a continuing violent crackdown on protesters, including executions.

“The reaction of Iran regime is atrocious and horrible and they are trampling over fundamental human rights,” she told reporters on the sidelines of the World Economic Forum in the Swiss ski resort of Davos.The European Union is discussing a fourth round of sanctions against Tehran over the crackdown and Iran’s supply of weapons to Russia. Diplomatic sources have said members of the Islamic Revolutionary Guard Corps (IRGC) will be added to the sanctions list next week.

But some member states have called for the bloc to go further and classify the Islamic Revolutionary Guard Corps (IRGC) as a terrorist organization. Britain is expected to make the decision in the coming weeks.”We are looking indeed at a new round of sanctions and I would support also listing the Revolutionary Guards. I have heard several ministers asking for that and I think they are right,” Von der Leyen said.

Widespread anti-government demonstrations erupted in Iran in September after the death of young Kurdish Iranian woman Mahsa Amini, who had been detained by morality police for allegedly flouting the strict dress code imposed on women.Iranian leaders vowed tough action against protesters they have described as rioters, accusing enemies including the United States of fomenting the unrest.

Designating the IRGC as a terrorist group would mean that it would become a criminal offense to belong to the group, attend its meetings, and carry its logo in public.

Set up after Iran’s 1979 Islamic Revolution to protect the Shi’ite clerical ruling system, the Guards have great sway in Iran, controlling swathes of the economy and armed forces and put in charge of Iran’s ballistic missile and nuclear programs.Speaking in an interview with Reuters, Finland’s Foreign Minister Pekka Haavisto said the “appalling” capital punishment, stalling of the Iran nuclear deal (JCPOA) and supply of drones and weapons from Iran to Russia needed a firm reaction.

“All these components: human rights, delivering arms to Russia and blocking the final agreement on JCPOA have been negative factors and I think the EU is more and more reacting. It’s important we react strongly,” he said, adding that there was still debate among EU members on sanctions and the listing of the IRGC.

Swedish Foreign Minister Tobias Billstrom, whose country currently holds the EU presidency, cautioned that the IRGC was already listed on the tougher human rights sanctions regime, but that the debate was open among EU states.”It’s a tougher regime. I understand the word terror raises a lot of emotions but from a legal point of view the other sanctions regime which has entities and individuals being sanctioned is tougher,” he told Reuters in an interview.