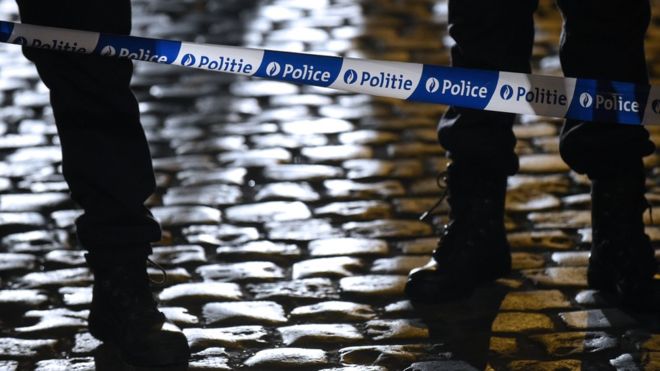 Five people have been arrested on suspicion of terrorism offences as part of an investigation launched after the recent attacks in Paris and Brussels, West Midlands Police say.

A fourth man, 26, was arrested at Gatwick Airport in the early hours of Friday. All five are from Birmingham.

Police say they worked with MI5 and Belgian and French authorities in an operation “to address any associated threat to the UK following the attacks in Europe”.

They said there was no risk to the public at any time and they had no information to suggest an attack in the UK was being planned.

It is understood that the man arrested at Gatwick Airport had just arrived on a flight into the UK originating in North Africa.

Police said all those arrested are being held in the West Midlands on suspicion of being concerned in the commission, preparation or instigation of acts of terrorism.

Officers are also searching a number of properties in Birmingham.

From the very moment the attacks in Paris started in November, in which 130 people were killed, people started asking questions in Whitehall – is there a British dimension to this? Could there be any connection with anybody back here?

The jihadist network spreads right across Europe. They don’t stop at borders.

This is primarily an intelligence-led investigation by what’s called the WMCTU – that’s the West Midlands Counter-Terrorism Unit. It’s a kind of fusion cell of West Midlands Police, MI5 and the security services.

They have had a number of people under surveillance, and in the last 24 hours they have made these arrests.

What these arrests are doing is following up on the UK angle to this. Importantly, the West Midlands Police are saying that there is no evidence to suggest that an attack was being planned in the UK.

They’ve not been charged yet, and it’s perfectly possible they could all be released without charge, so let’s not forget people are innocent until proven guilty.

Assistant Chief Constable Marcus Beale, who leads on counter-terrorism for the force, said the operation was part of an “extensive investigation”, and the arrests were “pre-planned and intelligence-led”.

The BBC’s security correspondent Frank Gardner said the arrests were the first in the UK connected with the investigation into the attacks in Brussels in March and Paris last November.

It has been reported that one of the ringleaders of the Brussels attacks, Mohamed Abrini, visited the UK last year. BBC Panorama heard from a source in Interpol that he had visited the country.

The primary co-operation was between West Midlands Police and MI5, with input from the French and Belgian authorities, officials told our correspondent.

Police say three of the suspects held were arrested under the Terrorism Act, which gives the police 48 hours before they must be charged or released, unless they apply to a magistrate for an extension.

The other two suspects were arrested under the Police and Criminal Evidence Act, which gives police 36 hours before they must be charged or released.

The arrests were made five months after the Paris attacks, which left 130 people dead.

West Midlands Police has previously refused to confirm reports that images of landmarks in Birmingham, including a shopping mall, were found on a mobile phone belonging to one of the Paris ringleaders.