Britons# not the only ones rocking the #EU boat 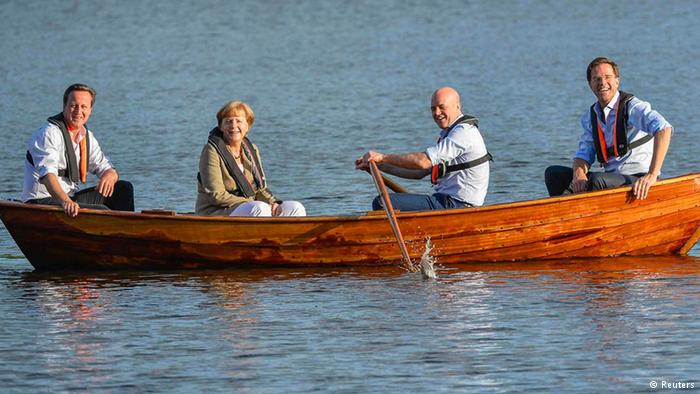 Britons not the only ones rocking the EU boat
Even though Great Britain has been made responsible for the EU crisis, it is not the only country that has revealed itself as anti-European Union. Here is a refresher on recent disunity from within the bloc.
“Britons – the anti-Europeans,” “They’ve destroyed the European idea,” or “They never really were into the EU” are the kinds of comments that have often been repeated in the last few days. The Brexit referendum does make it easy to blame Britons for the EU crisis. Now it looks like 27 states are up against the United Kingdom. But it’s not actually as simple as that if you look at the recent history of other countries where the European idea was pushed to the edge of failure. Hure are just some of the examples:
1. France
In 2005, French President Jacques Chirac called a referendum to support the EU constitution – and lost
“La grande nation” and Germany formed the embryo of the European Union. Yet the French were among those responsible for the fact that the planned EU constitution never came into effect. In a referendum on May 29, 2005, 54.7 percent of the electorate voted against the constitution. The similarities to the Brexit referendum: Like Prime Minister David Cameron, then President Jacques Chirac had called a referendum for reasons related to domestic politics and not because it was stipulated in the French constitution. At that time, Chirac had intended to use the referendum to create a broad-based legitimacy for his pro-European policies; he had expected a clear vote in favor of the constitution and polls had validated this before the vote. When David Cameron called the Brexit referendum, it was a politically calculated decision – we all know the outcome.
2. Germany

Former German Finance Minister Hans Eichel broke EU Stability Pact criteria more than once
Isn’t Germany a role model? By no means! German politicians like Helmut Schmidt and Helmut Kohl may be considered the fathers of the euro, however, Germany did not fulfill the criteria it had set for the common currency and thus, the euro project was marred from the beginning, as analysts agree today. For many years at the beginning of the 2000s, Germany did not maintain the required deficit to GDP ratio of less than three percent. As often in the EU, this was also a case of “if it doesn’t fit, make it fit.” In 2005, the Stability and Growth Pact was set up and since then, other economic factors have also been included in the calculations. Also, Germany is not the only country guilty of noncompliance. In the course of the economic crisis that started in 2009, several other countries exceeded the three-percent limit. Incidentally, until then, Great Britain had kept its state deficit under control. It’s almost a pity that the country has never been part of the eurozone.
3. The Netherlands

Geert Wilders of the Netherlands is the poster boy of euroskepticism
Here’s another founding member of the European Economic Community whose European spirit has suffered in recent times. The Dutch people also rejected the EU constitution in 2005. According to experts, it wasn’t about the Dutch people’s needs. The initiators of the referendum, headed by a group that included right-wing populist Geert Wilders, actually wanted to express general EU skepticism. They had gathered 400,000 signatures and thus, forced a referendum.
4. Sweden
The Scandinavian country joined the EU in 1995, and so, is still one of the youngest EU members. Right from the beginning, it was not a marriage of love. If one considers Sweden’s history of neutrality in two world wars and after the wars, citizens thought their country had done well. The skepticism always comes up and it was the strongest in a 2003 referendum when Sweden voted against introducing the euro as its currency.

Swedes voted against adopting the common euro currency in 2003
Up until then, Great Britain was considered to be an important Swedish ally in the EU, since it retained its own currency even though it was an EU member. Sweden shared the same views as Great Britain on issues like the EU common market and monetary policy. A recent survey conducted by Sweden’s public broadcaster SVP showed that only 39 percent of Swedes thought EU membership was “a good idea” for their country. That is 20 percent less than in the autumn of 2015. Apart from Great Britain’s imminent EU withdrawal, another reason could be the mass influx of refugees in Sweden. In relation to the number of inhabitants, no EU country has accepted more refugees than Sweden, while other countries, especially in the eastern part of the European Union, have closed their doors completely. That makes many people in Sweden doubt the spirit of solidarity in the EU.
5. Denmark

The Danes voted for opt-outs. The poster reads: “More EU? No thanks”
Britons were constantly accused of doing everything on their terms in the EU. Yet little old Denmark is the country that has been granted more opt-outs than any other EU member. It begins with the fact that Denmark in its entirety does not belong to the European Union. The autonomous Danish Faroe Islands and Greenland are not part of the European Union. Then there’s the currency: Denmark and Sweden retain their respective crowns. The fact that the EU is viewed critically as a political entity was witnessed at the beginning of the political unification process when Denmark need two referendums and several reforms before it adopted the Treaty of Maastricht. Denmark still rejects supranational justice policies and, Denmark, like Norway and Switzerland, negotiates legislative matters bilaterally with Brussels. Last but not least, Denmark stays out of all EU-wide military affairs on legal grounds and is the only member, apart from Malta, that does not contribute troops to EU combat missions.