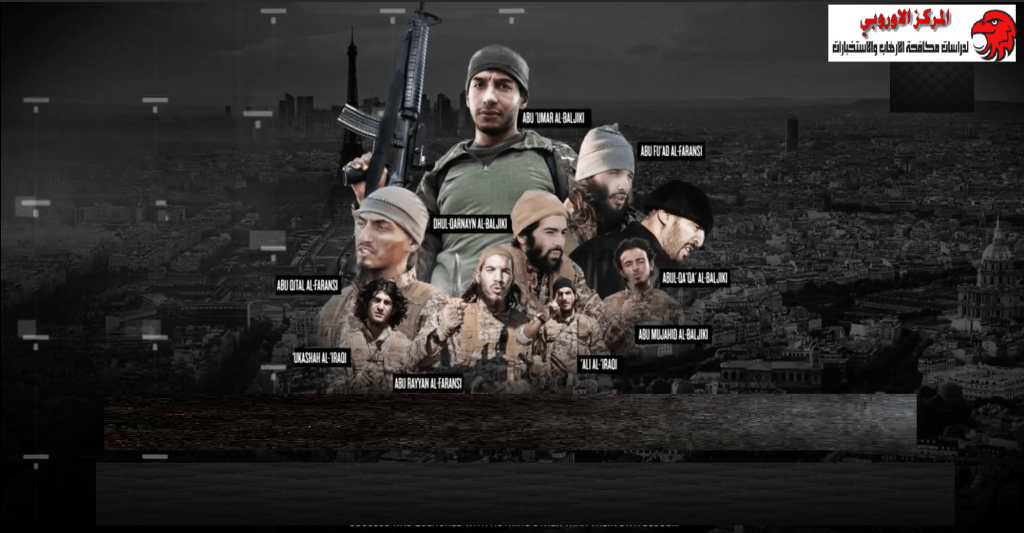 According to the Global Terrorism Index 2017, there has been a worldwide decrease of deaths caused by terrorism in 2016. Yet, at the same time, terrorism has spread to more and more countries. In 2016, “more countries experienced at least one attack and one death than at any other point since data was first collected in 1970.” In part, this security problem is caused by the so-called ‘foreign fighter’ phenomenon, that is: individuals leaving their country of residence or nationality to fight in an armed conflict abroad. Although this is not a new phenomenon, the conflict in Syria since 2011 has engendered an enormous group of such foreign fighters, coming from all corners of the world. Also of importance in this context are attacks by lone actors who have taken up arms at home inspired by the conflict in the Levant.

All of this has led to what Amnesty International – specifically referring to the case in Europe – has called “the ever-expanding national security State”. Indeed, it appears that governments were not prepared for this new security landscape and have adopted many new measures as a response, without clearly and calmly evaluating whether the existing measures were really that inefficient in dealing with recent challenges. This is sometimes also referred to as ‘legislation fever’. In addition to adopting legislation allowing for criminal law to be used more and more as a preventive tool, States increasingly adopted administrative measures, including deprivation of nationality.

Some countries target hundreds of people with deprivation of nationality laws. In Bahrein, for instance, authorities revoked citizenship of at least 738 nationals since 2012, with 232 revocations in 2018 alone. In Western countries, the numbers are lower but the measure is being used with increasing frequency. Moreover, numbers do not show everything. It should be stressed that these measures also impact people close to the targeted person (think of children), as well as people further removed from the targeted person (think of friends and neighbours). Additionally, it is important to consider that those deprived of their nationality often stem from minority groups, who may feel unjustly singled out. Hence, these laws can have a much broader effect than exact numbers may reveal. Particularly concerning in this respect is that European countries have introduced or expanded their deprivation of nationality laws. There is a risk that their position will be followed by other, non-European, countries that are not already heavily involved in such revocations and that may then justify their new stance by referring to this European practice.

A distinct and inefficient counter-terrorism measure

Having briefly addressed the scope of the problem, let us turn to the measure itself. When citizenship stripping is introduced, it is usually justified by arguments of national security and fighting terrorism. It can be argued that deprivation of nationality stands out in comparison to other counter-terrorism measures. This is because of its highly symbolic nature as you are literally placed out of society, and because it has far-reaching effects. A person’s citizenship essentially affords someone the right to have rights. Strip this fundamental right and many if not all others follow suit. This makes this measure quite different from, for instance, a temporary area ban, which is another administrative measure often used for counter-terrorism purposes. Finally, citizenship stripping is characterised by an emphasis on ‘addressing’ the problem by making it someone else’s responsibility. Indeed, this is about risk exportation. It reflects a pass the buck mentality, whereas international solidarity and cooperation are needed to counter this international problem in our hyper connected world.

In fact, citizenship stripping is not only moving the problem around like a hot potato, but may even make the problem worse. If people from certain (often minority) groups in the population see that only ‘their’ people are targeted by a specific measure, then there is a risk that these people will feel even more alienated and discriminated against. (Deprivation of nationality usually affects people from minority groups because they more often hold two nationalities, whereas states cannot deprive citizens that have only one nationality, to avoid statelessness.) In this regard one needs to be mindful that exclusion, marginalisation and (perceived) discrimination can be one of the many factors that can play a role in people radicalising and joining extremist groups in the first place. Moreover, it may remove important jurisdictional links for prosecution, namely the active nationality principle, that is: jurisdiction based on the nationality of the suspect. That is also why prosecutors indicate they are concerned about this measure. In addition, prosecution is often the wish of the victims of terrorism, who – quite understandably – want justice to be served.

Hence, in the author’s view, deprivation of nationality is an inefficient counter-terrorism measure. Yes, national security may be strengthened temporarily because people are removed from the state’s territory, but that also means one loses control. It is not clear what will happen with that person once he or she is expelled. This in turn may have an effect on the security of other countries and maybe even on the security of the expelling state itself, because if people want to create havoc, they will succeed, with or without a passport, and no matter how long it takes. Moreover, imagine a disillusioned foreign fighter in Syria or Iraq who wants to return home but cannot because his citizenship has been revoked in the meantime. This could change a person who may not constitute a direct threat to his or her home country, and who could perhaps even assist upon return with convincing youngsters not to go to distant battlefields, into a frustrated radical who does come to view his or her home country as a potential target. That means that these measures may actually assist the terrorists in creating a fertile context in which radicalisation can flourish.

In view of all these negative and counterproductive features, one wonders why such measures are then still adopted, but unfortunately, in the field of countering terrorism, emotion often trumps common sense and long-term thinking. The concept of ‘legislation fever’ was already mentioned; indeed, in the current security landscape, a certain feverish panic can be identified. Politicians, pressured by many of their constituents who demand a strong response to terrorist threats, are opting for as many measures as possible in the hope that some are successful, or at least in the hope that the voters see that something is being done in relation to the problem. Highly symbolic measures, such as deprivation of nationality, are in that sense of course outstanding ways to show muscle and communicate that certain behaviour will not be tolerated.

What can be done?

Now, what can be done about this? First and foremost, researchers should become more effective at engaging with politicians and policy makers in this discussion. We must try to clarify the complexity of the issue, convince them that these measures do not work, and explain how these measures could even worsen the situation. Of course, it is to some extent understandable why politicians have behaved in the way they have done. They will do anything – even adopt inefficient and counterproductive measures – in order to avoid blame afterwards by their constituents that they did not do everything in their power to avoid a terrorist attack. Indeed, they are under enormous pressure to do the impossible. However, it is the task of politicians to explain to their voters that 100% security is simply unobtainable. Indeed, we should not criticise our politicians for the mere fact that an attack occurs. That, regrettably, has become part of our lives. However, we can and should criticise our politicians if they do not approach this problem calmly and wisely, as we expect from true leaders: clearly assessing the effectiveness of certain measures before they are adopted and thereby considering the international and long-term perspective, as well as all the norms and values that we stand for. To that, we are entitled.

This perspective is based on a presentation provided at the 2018 Annual Conference ‘Inequality’ of the Knowledge Platform Security & Rule of Law, The Hague, 13 September 2018.

Dr. Christophe Paulussen LL.M M.Phil is a Research Fellow at ICCT and a senior researcher at the T.M.C. Asser Instituut. At the T.M.C. Asser Instituut he coordinates the research strand ‘Human Dignity and Human Security in International and European Law’, and the inter-faculty research platform ‘International Humanitarian and Criminal Law Platform’.