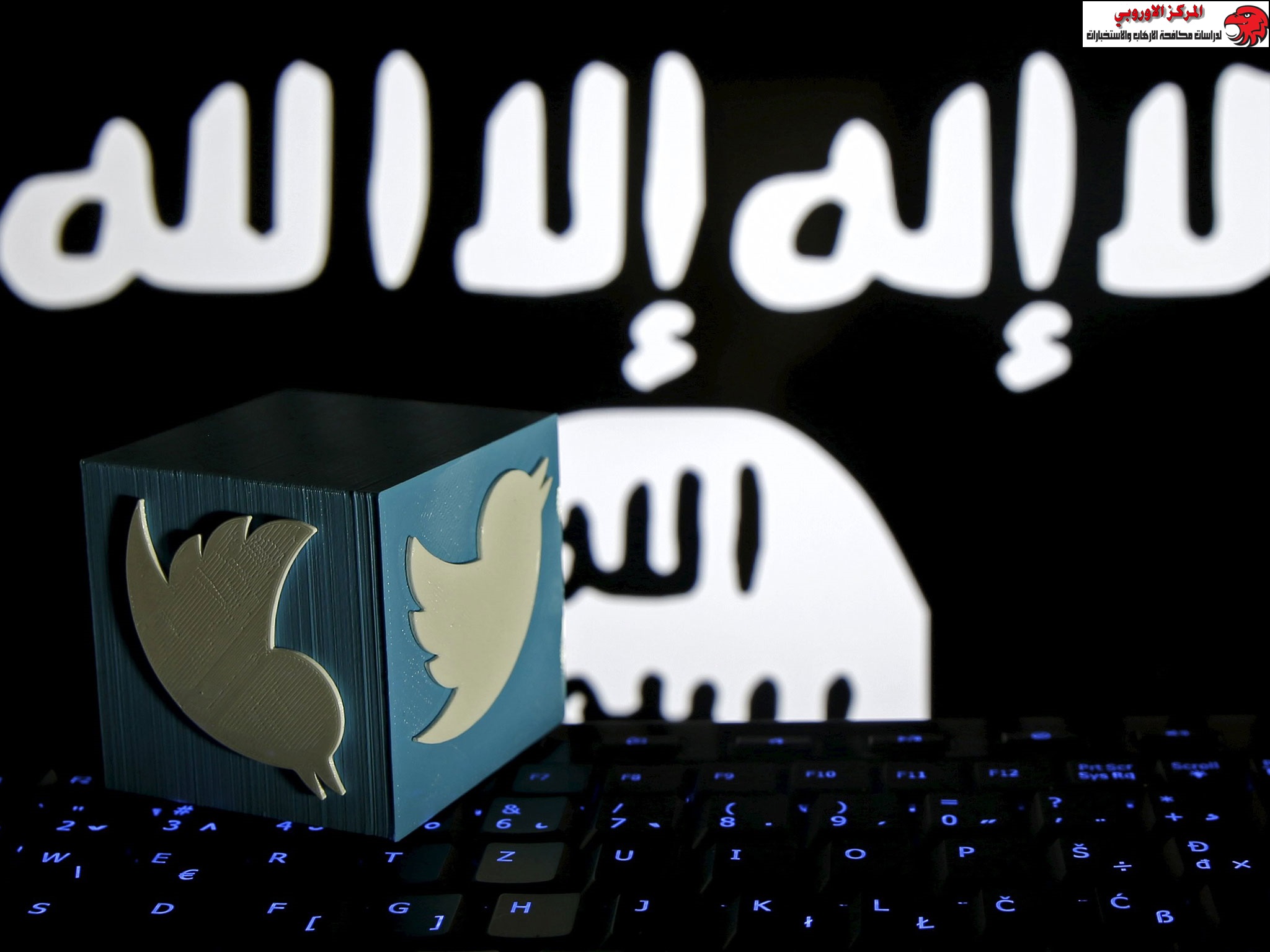 Most Preventing/Countering Violent Extremism (P/CVE) strategies assign a prominent role to counter or alternative narratives. The thinking behind these strategies goes something like this: groups like the so called Islamic State and Al Qaeda have been dominating the messaging war by reaching out over multiple platforms while culturally and individually tailoring their messages.

The argument continues that extremist groups have an intuitive understanding of the grievances and aspirations of their potential recruitment pools. As a result, their messages powerfully tap into the sentiments of their target populations, which allow them to recruit members and supporters in the tens of thousands from dozens of countries worldwide. It is therefore incumbent, the argument goes, upon governments to fund efforts to counter these messages and provide alternative narratives to combat the onslaught of extremist groups’ strategic communications.

However, what most P/CVE strategies fail to demonstrate is that effective messaging is just one part of a holistic influence campaign where offline actions reinforce online messaging. The messages of extremist groups reach their intended audiences, resonate with them, and then – most importantly – offer them a pathway for action. If the movement speaks to you then you can, for instance, help spread their message online or offline, recruit and proselyte others, facilitate terrorist attacks or material flows, provide infrastructural support, or even become a local or foreign fighter.

The appeal of the recruitment messaging is that these are action-oriented groups that can be supported or joined. Instead of solely offering online counter-narratives, P/CVE strategists should consider shifting their focus to offering what I call counter-engagement. Instead of offering alternative messages only, these efforts should shift towards offering alternatives things to do as well.

Many experts have helped clarify the role of violent extremist groups’ online messaging. My ICCT colleague, Haroro Ingram, has pointed out that ISIS’s online strategic communications is not only meant to recruit, but also to shape perceptions and polarize support of its audience. J.M. Berger emphasised that different kinds of counter-messaging would be required for different stages of an individual’s radicalization process.

Many others have argued the need for the counter-messaging to come from credible sources. And there has been a shift from solely using counter-narratives to employing alternative narratives, whereby the latter does not just confront the messages of violent extremist groups but instead lays claim to what the source is “for” and not just what they’re “against”. In the Western context, this has often meant messages relating to pluralism, liberty and democracy.

Terrorist groups’ recruitment-aimed messaging essentially sells involvement in a violent anti-establishment movement. Counter-narratives, on the other hand, are essentially public service announcements that will likely have the same impact as anti-drug PSAs, which have been shown to have no effect in the short-term and may even have adverse effects in the longer term.

And alternative narratives are essentially advertising with no product to sell: even if the messages reach and resonate with the target audience, if they subsequently do not offer the viewer something they can actually do, or some offline group they can actually get involved with, then the resonance will wear off with no change in behaviour.

For instance, in Belgium, the country with the highest per capita number of Syria-bound foreign terrorist fighters (FTFs) in Western Europe, 45% of FTFs came from Brussels despite it containing only about 17% of the country’s population. This pattern of uneven geographical distribution of recruits holds across many European countries.  The existence of hotspots indicates that real world social-ecological conditions are responsible for much of radicalization and so should be the focus of P/CVE strategies.

In my fieldwork on radicalization in Western Europe, I have interviewed nearly two hundred supporters, facilitators, would-be, current, and former members of ISIS and Al Qaeda as well as many dozen of their friends and family members. The majority of these interviews were done face-to-face and some of them online. The most common theme that is transmitted in these interviews is the appeal of being actively involved in an action-oriented movement.

ISIS and Al Qaeda gave their adherents a pathway to purpose. As one British member of ISIS told me: “I had a choice of either selling merchandise for a corrupt system or being part of a revolution against it”.[1]

During my fieldwork in the U.K., Belgium, France and Spain, I have met with young people from hotspots who were approached by so-called recruiters or who were part of friend groups that were radicalized and yet somehow managed to not get recruited themselves. These individuals did not possess any ostensible attributes that made them resilient compared to their friends. Instead, in most cases, these individuals had multiple counter-pulls or what I call “social anchors” that kept them from being recruited.

Sometimes these social anchors were family members and other non-radical friends. However, many times these individuals were members of action-oriented groups that provided the potential recruits with values, an identity, and a sense of brother or sisterhood. Sometimes these groups had a political aim, such as those who were fighting against discrimination, or helping refugees. Other times they were part of local youth centres that actively fostered local identity building and social activism. Conversely, local groups, such as sport teams or social centres, that did not foster values, identity, and activism often acted as incubators for radicalization.

The social circles for these latter groups enabled radicalization, by being turned into echo-chambers of extremist ideology, whereas the former buffered against radicalization by engaging their members in pro-social value and identity-oriented activism. These groups were buffered because they already had what extremist groups were trying to offer them: purpose and belonging.[2]

These identity-oriented activist programs can play different roles at different stages of the radicalization process. Some could act as alternative pathways that are available in vulnerable areas but are open to everyone. Our recent modelling on the spread of extremist ideas with the Santa Fe Institute, based on my fieldwork and survey research from Molenbeek and Barcelona, showed that the simple existence of alternative action-oriented groups reduced the spread of such ideas. Meaning that alternative pathways should not only be available for those on an extremist trajectory, but rather should be a consistent feature of the environment.

Many people want purpose and belonging, but some pathways are more salient than others depending on your environment. As one young man from Molenbeek whose friends joined ISIS told me, “Would I like to be the next Mark Zuckerberg? Of course. But I don’t know any Zuckerbergs. I never saw anyone like that come from my neighbourhood.

I did see some people become mujahideen though… for some of my friends that was like becoming [Lionel] Messi”. Alternative pathways to purpose and belonging need to be embedded in the environment and online messaging can help make them more salient, more accessible.

But counter-engagement should not only be seen as merely a prevention strategy. It can play a crucial role in reintegration-focused efforts as well. The difficulty of collecting evidence on what exactly they did or did not do, means that most returned foreign fighters are given relatively short prison sentences. In many cases, it is only a matter of time before these individuals are back on the streets. A common mistake in the reintegration process is to return these individuals to the very environments that originally radicalized them.

As a researcher, I have interviewed many ISIS returnees in Europe and while most claim to disavow the group, the motivations that made them join in the first place are still clearly there. As one French returnee told me recently, “at the time you had the feeling that you were going to change the world, and now you’re back. Faced with the reality…. You’re no longer part of something. No longer part of something bigger than you. You’re just you, again.

” The vulnerability of wanting to live a meaningful life has not disappeared with disengagement nor should we expect that the underlying extremist values have either. In order to reduce a potential mass radicalization recidivism rate, those being reintegrated should also be counter-engaged so they can channel their stymied desire for purpose into pro-social directions.

This is not to say that offline efforts should replace online ones but rather that they should be integrated. Monitoring online extremist activity can help identify where the current and potentially future recruitment hotspots will emerge. Conducting social network analysis on these online platforms can help identify influencers whose accounts can be shut down.

It can also help identify individuals at early stages of radicalization at whom interventions, offline and online, can be aimed. Online content analysis can also help identify the sentiments and grievances that are acting as drivers of radicalization in a particular locale. This information can be used to determine the kind of offline programs that would address these specific concerns. And finally, targeted online messaging can also be used to advertise for or reinforce the actions of offline groups – in the same way that extremist groups do.

As with all policy, the details of counter-engagement are more easily said than done. Much like with online messaging, issues related to targeting and resonance will need to be tailored. All programs should have clear benchmarks of success and should be properly monitored and evaluated. The inclusion of individuals with histories of radicalization into these groups must be handled with care so they do not try to turn the group into a recruitment pool (though, if properly implemented, these groups should be resistant to such efforts).

And, finally, governments should limit their role to funding, evaluating, and information-sharing and let the local offline groups determine what pro-social values, identities, and activism they want to foster.

[2] Information drawn from papers under review. Additional information on the fieldwork can be found here.

Nafees Hamid is an Associate Fellow at ICCT, a research fellow at Artis International, and a Frederick Bonnart-Braunthal Trust Ph.D. candidate in the Security and Crime Science department at the University College London. His research includes ethnographic interviews, survey studies, social network analysis, and psychology and neuroscience experiments with mostly European members of jihadi organizations, their friends and family, supporters of such networks, and the general communities from where they originate