Would Turks fight “ISIS” after U.S withdraw from Syria? 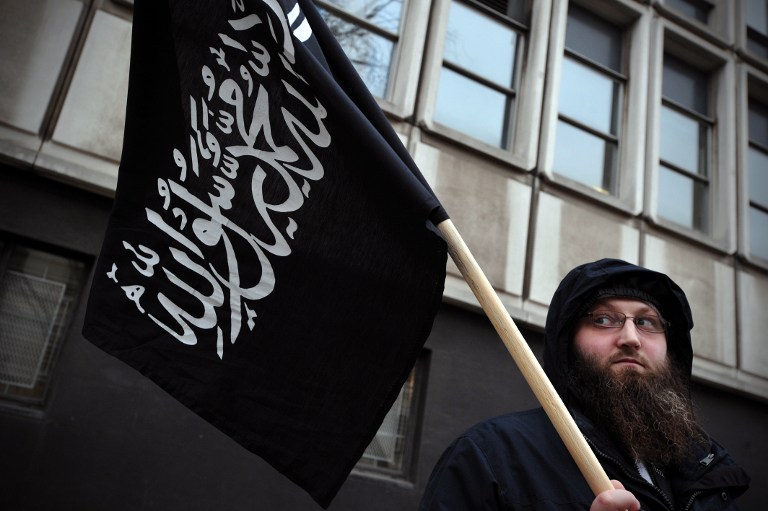 Turkey Is Lying About Fighting ISIS

Erdogan promises to finish America’s fight against the Islamic State, but it’s the Kurds that he’s out to destroy.

By Steven A. Cook, FB

Last summer I wrote a piece for Foreign Policy called “Trump Is the First President to Get Turkey Right.” Some of my colleagues and friends thought I’d gone quite mad as the U.S. president brought his ferocious Twitter feed to bear on Turkish officials and Turkey’s economy. It was not, of course, the intemperate tweets that I was applauding, but the willingness of the Trump administration to bring public pressure on Ankara over a variety of issues—whether the arrest and unjust imprisonment of American citizens, the targeting of journalists, the intention to buy advanced weapons from Russia, or the threats at U.S. soldiers serving in Syria.

When Andrew Brunson, a North Carolina pastor who had been in Turkish custody for two years, was released in October, it confirmed for me that playing hardball with Turkey was superior to the intensive private diplomacy that previous administrations had tried with Ankara.

Life moves pretty fast, though. Turkey has apparently gone from antagonist to partner in just a few months. The man whom Turkish President Recep Tayyip Erdogan accused of waging “economic warfare” on Turkey will now visit the country in 2019. The two leaders have had two phone calls in 10 days. The sudden thaw is, of course, directly related to President Donald Trump’s decision to withdraw American forces from Syria as soon as possible, leaving Erdogan, who previously threatened U.S. officers with an “Ottoman slap” and who did everything he could to complicate the fight against the self-declared Islamic State in Syria, to mop it all up and stabilize the area.

Can Erdogan live up to his apparent commitments? It is not at all clear that he will—but not because Turkey is not capable. Rather, even though the United States and Turkey seem to have patched up their differences, their interests in Syria do not actually align.

No one is certain why Trump decided on Dec. 19 to announce that the U.S. mission in Syria had been accomplished. It is likely some combination of presidential whim and the president’s previously articulated misgivings about open-ended military deployments overseas.

Regardless, the U.S. withdrawal from Syria will effectively end the relationship with the Syrian Democratic Forces, the primary component of which is a Kurdish fighting force called the People’s Protection Units (YPG).

On the long list of issues that have divided the United States and Turkey, the biggest problem has been the American military relationship with the YPG. For the U.S. soldiers working with the group, the YPG is America’s reliable ground force against the Islamic State. Turks see things differently, arguing that the YPG is actually the Kurdistan Workers’ Party (PKK) by another name. The PKK, designated as a terrorist group by both the Washington and Ankara, has been waging a violent campaign against Turkey since the 1980s. The understandably outraged Turks feared that the United States was midwifing a terrorist state on its border. That is all over now, which is why Trump will be feted in Turkey in 2019.

In an odd way, the president’s moves on Syria and Turkey are related to his Iran policy. There are those within the administration who believe that by giving up the YPG—and agreeing to sell the Turks Patriot missiles—the United States will pull Turkey back into Washington’s orbit. This renewed American-Turkish alignment will in turn render Erdogan a willing partner to contain Iran. Yes, one of the justifications for having U.S. forces in Syria was rolling back Iran, but the Turks had never actually been a partner in this effort. They helped Iran evade sanctions during a good portion of Barack Obama’s presidency, and even now Ankara is demanding a permanent waiver to buy Iranian crude oil.

This is because Turkish officials do not regard Iran as a threat. To them, Turkey’s neighbor is an economic opportunity and provides diplomatic leverage with the United States. Often during the Obama era when there was tension between Washington and Ankara, Erdogan or other high-ranking Turkish officials would show up in Tehran praising the Iranian leadership and even providing cover for its nuclear activities.

This was all an effort to compel the United States to drop whatever issue was making Washington unhappy with Turkey at the time. That pattern continues. It was only a few weeks ago that Turkish Foreign Minister Mevlut Cavusoglu was photographed smiling and holding hands with his Iranian counterpart, Javad Zarif, in Doha. What makes anyone think that the United States leaving Syria will prompt the Turks to turn on Iran is a mystery.

Trump has not actually mentioned his administration’s convoluted Iran reasoning, preferring to focus on the Islamic State’s defeat. According to the White House, at least initially, Abu Bakr al-Baghdadi’s forces had been vanquished, thus there was no reason to remain in Syria (a perfectly legitimate argument). The president later amended this claim, declaring that Turkey would finish the job begun by U.S. forces and the YPG, and then make sure the Islamic State does not come back.

In the abstract, it is not a bad idea to work with Turkey against the Islamic State. The country has the second-largest military in NATO with all kinds of high-tech weaponry and special forces operators. Yet the Turkish government has been lukewarm, at best, about joining the fight.

When the Obama administration went looking for allies against the Islamic State in the summer of 2014, the Turks said that the best way to solve the problem was regime change in Damascus. Ankara declared it had other priorities—notably, fighting Kurdish nationalism. A year later, it agreed to take on the Islamic State but never actually joined the fight. It is true that the Turkish police have busted up alleged cells of extremists, including Islamic State fighters, but on the battlefield it has been all the YPG and its American advisors.

Now we’re supposed to believe Erdogan is committed to fighting the Islamic State to the end? This is almost certainly Trump hearing what he wants to hear, or a lie by either the American or Turkish president. Turkey’s overriding concern has always been and will continue to be the destruction of a Syrian Kurdish autonomous zone that the YPG and its political affiliate, the Democratic Union Party, dominate.

For Erdogan, a U.S. withdrawal from Syria clears the primary obstacle for destroying the YPG. There is no reason to believe that the Turks will turn their attention to the Islamic State when they have been so focused on the Kurdish threat to their security.

Perhaps once they dispose of the YPG—which given the long fight against the PKK may not be as easy as Turkish officials have led themselves to believe—the Turkish military will turn their attention to the Islamic State. That would be a positive development, but the professionals at the Pentagon have long harbored their doubts. They regard Turkey’s Syrian proxies, which would presumably be used to destroy the Islamic State, as poorly trained and untrustworthy.