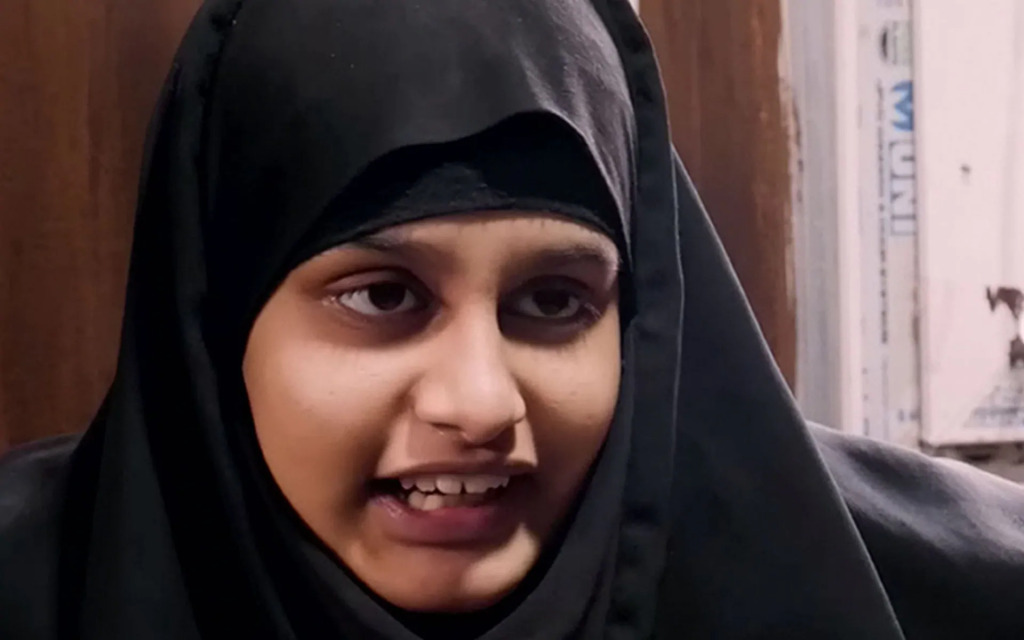 Shamima Begum: ‘We should live in Holland’ says IS husband

BBC -The Dutch husband of Shamima Begum, who joined the Islamic State group in Syria in 2015 aged 15, has said he wants her to return to the Netherlands with him.Yago Riedijk and Ms Begum married days after she arrived inside IS territory.

Speaking to the BBC, he admitted fighting for the group but says he now wants to return home with his wife and their newborn son.Mr Riedijk, 27, is being held in a Kurdish detention centre in north-eastern Syria.He faces a six-year jail term for joining a terror organisation if he returns to theIn an interview with the BBC’s Middle East correspondent, Quentin Sommerville, Mr Riedijk said he rejected IS and had tried to leave the group.

He told our correspondent that he was imprisoned in Raqqa and tortured after the extremists accused him of being a Dutch spy.Describing life under IS control, Mr Riedijk also said he attended the stoning of a woman for “fornication”, saw piles of dead bodies in the city and lost an infant daughter to malnutrition.Ms Begum, now aged 19, escaped with her IS fighter husband from the town of Baghouz, the group’s last territory in eastern Syria, as the caliphate crumbled.

Mr Riedijk surrendered to a group of Syrian fighters, and Ms Begum and their newborn son, Jarrah, ended up among 39,000 people in the al-Hawl refugee camp in northern Syria.She has now reportedly gone elsewhere.

Mr Riedijk also told the BBC he saw nothing wrong with marrying Ms Begum – 15 at the time, while he was 23 – because it was “her choice”.Describing how he met the schoolgirl from east London in the women’s centre in Raqqa, he said he was initially not interested because she was too young.He said: “To be honest, when my friend came and said there was a girl who was interested in marriage, I wasn’t that interested because of her age, but I accepted the offer anyway.”

He added that she had seemed to be “in a good state of mind”.Mr Riedijk, from Arnhem in the Netherlands, insisted: “It was her own choice. She asked to look for a partner for her, and I was invited.”He conceded “she was very young, maybe it would have been better for her to wait a bit”, before adding: “But she didn’t, she chose to get married and I chose to marry her.”

Ms Begum left the UK in February 2015 alongside Amira Abase, also 15 at the time, and Kadiza Sultana, who was 16. Ms Sultana is believed to have been killed in an air strike in 2016.

And, last month, Ms Begum’s family told the home secretary they were going to challenge his decision to revoke her UK citizenship.In the letter, seen by the BBC, Shamima Begum’s sister Renu said they could not “simply abandon her” and asked for assistance in bringing her newborn baby to the UK.

Labour leader Jeremy Corbyn, meanwhile, said Ms Begum had a “right to return to Britain” – and called the decision to revoke her citizenship “extreme”.Although Mr Riedijk is on a terrorism watch list, his Dutch citizenship has not been revoked.

However, our correspondent said: “The truth is Shemima Begum and Yago Riedijk lost control of their fate when they joined that extremist group, and Yago Riedijk might find its as difficult for him to return back home as it is for his wife.”Mr Riedijk was born and raised in Dutch suburbia but abandoned his life in 2014 to join IS.