Why was Algeria Immune to the Threat of ISIS Jihadists ?By Dr. Mohammed Salah DJEMAL 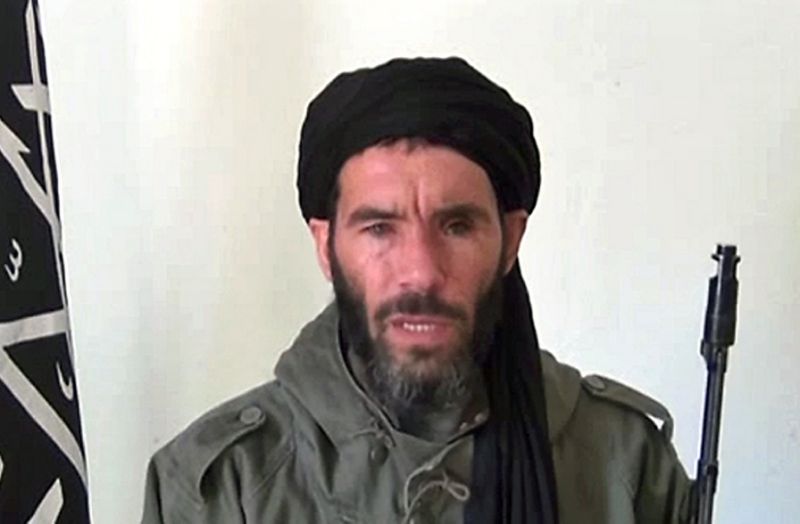 Since announcing the establishment of the caliphate in June 2014, the Islamic State has broadcast its successes in expanding into new territories outside of Syria and Iraq, aiming to create the perception that it is growing rapidly throughout the Muslim world, and steadily chipping away at al-Qaeda’s position as the preeminent global jihadist organization. But contrary to the former’s claims, the group’s expansion efforts have often been fraught with setbacks. In some theaters, the Islamic State has confronted more powerful jihadist organizations, many of them al-Qaeda affiliates, who have resisted efforts to sow internal discord and inspire defections. The Islamic State has also run up against state security forces who have sought to eliminate affiliated groups before they can gain a foothold. To date, however, the Islamic State’s expansion struggles have often gone relatively unnoticed, as the group has effectively masked its weaknesses and projected an image of strength through its propaganda. As fighting intensified to expel the Islamic State from Libya, there is a country where the Islamic State has failed to gain a foothold, neighboring Algeria, because of a firm stance by the Algerian army against the country’s jihadist cells and a relatively strong central government.

The great majority of foreign fighters in Iraq and Syria are from Arab countries, with both the Middle East and the Maghreb supplying large numbers. As of October 2015, an estimated 6,000 fighters had traveled to Syria from Tunisia.1 According to Tunisian authorities, 700 Tunisian women have traveled to Syria to join the Islamic State and other groups.2 In May 2015, the official Moroccan government estimate provided to the United Nations was 1,200, though the true number is likely to be higher. Estimates from Libya and Algeria are also somewhat limited, but as of January 2015, around 600 Libyans  were believed to have traveled to Syria, and in May 2015 there were believed to be around 170 Algerians participating in the civil war. Since then, there appears to have been a reverse flow, especially to Libya, where the Islamic State is establishing a significant presence, even encouraging foreign recruits to join it there as an alternative to Syria and Iraq.3

The Islamic State in Irak and al-Sham.. Province of Algeria (Wilayat el Djazair)

The Algeria’s province was firstly organized by a former faction of al-Qaeda in the Islamic Maghreb (AQIM) in North and West Africa. Extremist and radical Islamist groups grew up in Algeria and knew their home when they took part in the Civil War in 1990. Abdelmalek Gouri (later leader of Jund Caliphate)  ” The main man ” of Abu Musab Abdul Wadud, the organization’s leader. Gouri was also part of an AQIM cell responsible for suicide attacks at the United Nations compound in Algiers in 2007, and was behind the Iboudraren attack in April 2014, which left more than 11 soldiers dead. On August 14 , 2014 the first ISIS sighting in Algeria occurred in August 2014 when Jund al-Khilafa, a jihadi group formerly linked to al Qaeda in the Islamic Maghreb (AQIM), released a video in which it beheaded a French hostage and pledged allegiance to ISIS. Two months later, ISIS leader Abu Bakr al-Baghdadi officially recognized Jund al-Khilafa as ISIS’ province in Algeria (Wilayat el Djazair). Soon afterwards, members of al-Qaeda in the Islamic Maghreb (AQIM) began to “deviate from the right path”, prompting Baghdadi to declare that his followers would “spread Islam in the Maghreb and obey his own orders.” On November 13, 2014, Abu Bakr al-Baghdadi announced that the group had changed its name to “Algeria ” in line with other affiliated groups and ISIS. In December of 2014, Gouri was killed by Algerian security forces. In May 2015, more than 20 members of the group, including a number of commanders, were killed during a military raid. The group was destroyed by air raids targeted at its headquarters, but this time it was usually focused on propaganda while trying to reunite the jihadist ranks.

With its physical network in Algeria decimated, the Islamic State has turned to its propaganda machine to help reestablish itself in the country. In particular, the group has exploited social media and other platforms to create the illusion that militants in Algeria are defecting from AQIM and flocking to the Islamic State in droves. According to their logic, if the Islamic State can foster the perception that it is ascendant and AQIM is internally factious, it can persuade Algerian jihadists to defect from AQIM. Thus, the Islamic State’s strategy is designed to turn the myth of momentum into a reality. This is an approach that the organization has also implemented in other areas where it is seeking to expand, including Afghanistan and Somalia.4 The primary means by which the Islamic State has sought to cultivate momentum in Algeria is by publicizing pledges of allegiance that Algerian jihadists have made. Four jihadist groups have pledged allegiance to the Islamic State since Jund al-Khilafah did so, with some of the pledges timed to maximize the attention they receive. The first pledge of allegiance that the Islamic State received in 2015 came in May from a group of fighters in Skikda Province, in eastern Algeria, and the pledge, which was issued via audio statement, provided little information on the members of the Skikda faction, aside from the fact that they had previously been aligned with AQIM. The next pledge of allegiance came in late July, when militants claiming to be part of AQIM’s al-Ghuraba Brigade, which operates in the vicinity of the eastern Algerian city of Constantine, announced their defection to the Islamic State in an audio statement and called upon other AQIM members to join the other group as well.5

The Black Decade.. The Image that doesn’t Leave Minds

One of the main reasons reducing the threat of ISIS jihadism in Algeria, especially at level of Algerian citizens , went back to 1991, when the radical FIS (Islamic Front of Salvation ) was on the verge of winning Algeria’s parliamentary elections and defeating the country’s ruling National Liberation Front (FLN). But after the first round of polls, the government cancelled the elections and banned the FIS.  Shortly Thereafter, a civil war broke out pitting the government against Islamist rebel groups. About 200,000 Algerians lost their lives in what became known as the “Black Decade”.

Algerians still worry that the country might revert to its previous state of unrest, especially as conflicts erupt in neighboring countries such as Libya and Tunisia and threaten to spill over into Algeria.6 The images coming out of Syria and Iraq serve as a painful reminder to Algerians of the black decade, which “nobody wants to live again,” as an Algerian in his late thirties told me. It seems that Algerians’ desire for security is stronger than ever. As a thirty-five-year-old lawyer put it: “Algerians had their dose of horror, and today they are vaccinated against Islamism. They do not want it anymore. They are traumatized and disappointed.”7

When we follow events in Algeria, especially since the advent of President Abdelaziz Bouteflika in 1999, the latter committed himself to adopting a “special discourse” on the security and stability situation in Algeria. Bouteflika worked to establish a speech based on the “terms ” associated with what happened in the early 1990s, considering that he had targeted a security-political project based on restoring the state of peace and social stability in Algeria. These terms like chaos, terror, bombings, missing persons… They all became entrenched in the “Algerian citizen’s Imaginary.” This discourse, which has also been marketed through various means of communication and for many years, has become an important reason to persuade a lot of Algerians to stay away from all the violence, extremism and terrorism, so that the 1990s are not re-established.

The other key reason of pushing ISIS far away from Algeria , concerns Algeria reformulation of its intelligence agency to create more channels of communication and cooperation with internal security agencies and military forces as well as the intelligence agencies of other states, so all this aimed to make the national security establishment more capable of dealing with the amount of terrorism information it received since the emergence of the terrorist ISIS organization. Unrest in neighboring Libya, the porous nature of borders with other states, including Mali and Niger, and some of the countries of the Sahel and Sahara turning into passageways to organized crime gangs also effected change in the way the Algerian security establishment operated.7  By introducing changes to the structure of the Algerian intelligence agency, aiming to increase its activity in cracking down on terrorist groups posing danger to Algeria’s security. These groups include al-Qaeda in the Islamic Maghreb, al-Mourabitoun, Jund al-Khilafa or Caliphate Soldiers, Oqba Ibn Nafie Brigade, Daesh and those returning from Syria and Iraq.8

Algerian security and intelligence services have tightened censorship on social media sites and assigned special electronic teams that are well trained to monitor and penetrate secret and closed Facebook groups, and to dedicate this through a legal arsenal that facilitates the work of Algerian security and intelligence services, so in october 2015, a decree was issued for the creation of a national anti-electronic crime agency.

Algeria has made huge investments in security field, doing a formidable complicated task by maintaining control along its vast borders with Mali and Libya, noting in passing that the country is currently the leader in Africa in terms of armament capabilities and its security force. Also Algerian troops swept through the country’s northern, mountainous Kabilye region and have ousted Jund al-Khilafa from cities such as Bouira, Boumerdes and Tizi Ouzou, killing many of the group’s leaders and dismantling its operational structure. According to statistics released by the Algerian Defense Ministry last week, Algerian forces killed 157 militants in 2015, while 99 were killed and 50 arrested in the first half of 2016.

The 2016 reformulation of the Algerian intelligence agency opened the door for full coordination between the intelligence agency and the army command when it came to counterterrorism operations. This strengthened security on Algeria’s borders with other countries. The security establishment also succeeded in staging a number of preventive operations that sabotaged terrorist attacks. The command of the Algerian army said in January 2016 that the restructure of the intelligence agency had led to “full coherence” between the army and the agency, and this coherence, it added, reflected positively on the fight against terrorism and organized crime. In 2016, the office of the Algerian army’s chief of staff said the security establishment had made unprecedented successes in the fight against terrorism, smuggling, the arms trade, drug trafficking and organized crime in 2015.9

-Despite ISIS’s threat is low in Algeria, security and intelligence agencies are obliged not to overlook any information locally or internationally, albeit uncertain.

-Security and intelligence services in Algeria should increase coordination at the regional level, especially in Africa, which has became a new arena for terrorist organizations.