ECCI hold its conference from inside Diplomatic Institute in Berlin 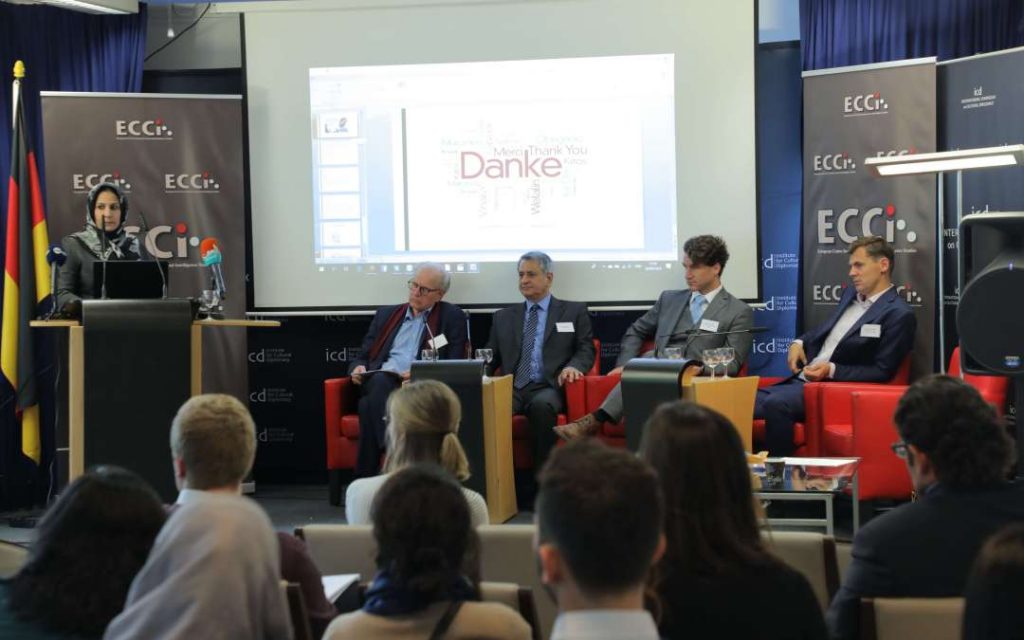 Radicalization, Terror, “Immigration and their implication on the European
and German Politics“

Perceiving Terrorism and Insecurity:  German Approaches to Counter-Terrorism and Counter-Insurgency through Governmental Policies and Community participation”

(a German author, journalist, publisher and Middle East expert; editor-in-
chief of the magazine zenith and director-general of the Candid Foundation)