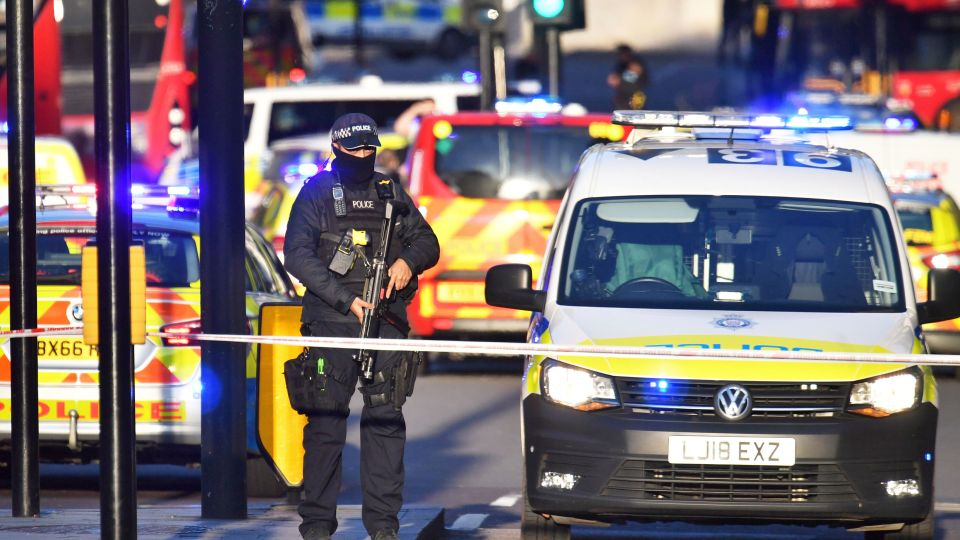 British intelligence services are facing questions about their decision to downgrade the UK terror threat just weeks before a new attack hit London Bridge.Friday’s stabbing, which left two victims dead, shattered the growing sense of security created by more than two years without a deadly attack on UK soil.On 4 November, the Joint Terrorism Analysis Centre announced that the national terror threat had been lowered from severe to substantial, meaning attacks were less likely to occur.The timing raised eyebrows in the security community, amid fears of revenge attacks following the death of Isis leader Abu Bakr al-Baghdadi

But the head of UK counterterror policing said the change “indicates positive developments in reducing the threat from terrorism”. Assistant Commissioner Neil Basu added: “Officers will continue to monitor the threat locally and respond appropriately. There will not be any change to our levels of commitment when it comes to protecting our communities.”Three weeks later, he was standing outside Scotland Yard confirming that a stabbing rampage in London Bridge was a terrorist incident.Members of the public detained the suspect before armed police arrived and shot him dead.

The coming days will show whether the man was known to security services. The perpetrators of all Islamist terror attacks in 2017 had been.The London Bridge attack that took place that year was also carried out by perpetrators using knives and wearing fake suicide vests.It was led by Khuram Butt, an associate of Anjem Choudary who had been the subject of MI5 monitoring for years over fears he was planning a terror attack.

But the security service failed to spot the preparations he was making with fellow Isis supporters at an Ilford gym, while warnings that London Bridge itself was wide open to a terror attack were ignored.After presiding over inquests into the deaths of the victims and perpetrators, the chief coroner of England and Wales issued a “preventing future deaths” report earlier this month.Mark Lucraft QC called for MI5, counterterror police, the government and other authorities to take “action to prevent future deaths”.

“During the course of the inquests, the evidence revealed matters giving rise to concern,” Mr Lucraft said.“In my opinion, there is a risk that future deaths could occur unless action is taken.”He called for changes to MI5’s “potential lone actor” triage tool, which had initially rated Butt as only having a “weak capability” to launch an attack.Mr Lucraft called for the home secretary and MI5 to test the system after evidence suggested it “may be imprecise and highly variable in its assessments”.

If the perpetrator of Friday’s attack had been a subject of interest for security services, he is likely to have undergone the same process.Police have defended previous failures to prevent lone-actor attacks by explaining the rapid shift in methodology sparked by Isis’s calls for indiscriminate, low-technology atrocities around the world.The plots became faster and moved away from bombing attempts to using readily available knives and vehicles, while terrorists started acting outside pre-existing networks and without communicating their intentions.In 2018, Mr Basu told The Independent that “the bar had been lowered” for terror attacks, adding: “I think we raised that bar again and I am optimistic.”

As of three weeks ago, his officers were still working on about 800 live counterterror investigations.They had foiled 24 plots since the Westminster attack in March 2017 – 16 Islamist and eight right-wing – but there was a feeling that one would slip through sooner or later.As Mr Basu admitted previously: “It is possible for attacks to get through and we’ve seen that in the speed people are radicalised, the speed of which they plan and the speed they commit the crime. And the fact it’s becoming harder to stop these things.”But that admission will be of little comfort to the victims of Friday’s attack, their loved ones and Londoners seeing their home come under attack for a fifth time in under three years.