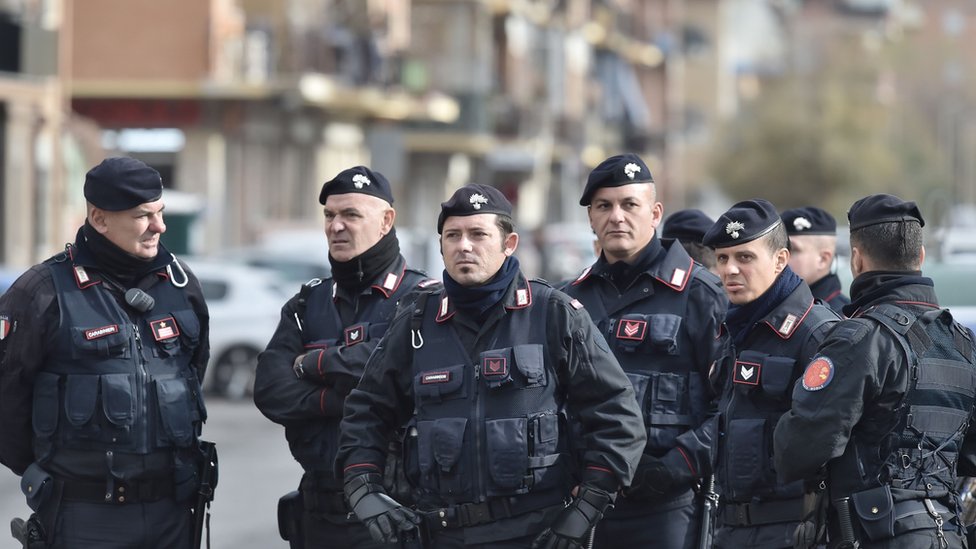 Alarabiya – Italian carabinieri arrested a female foreign fighter on Tuesday after returning her and her four young children to Italy from a displaced person’s camp in Kurdish-controlled territory.The woman, Alice Brignoli, traveled in 2015 with her Moroccan-born husband, Mohamed Koraichi, and their three young children by car from their home north of Milan to ISIS-controlled territory. Another child was born in Syria.

The children, now 11, 8, 6 and 4, were in foster care pending a decision by an Italian juvenile court. Authorities say Brignoli will face trial on terror-related charges.Brignoli contributed to the radicalization of the children, turning them against the West and ‘‘thereby embracing the cause of global extremism,’’ Italian Carabinieri said in a statement.

Authorities say the children have family members in Italy and that their experience with other children returning from ISIS territory — notably an 11-year-old Albanian boy Alvin Berisha who was brought back to Italy last November — has showed that indoctrinations can be reversed.

‘‘There was a minimal amount of indoctrination — but no military training — enough to make them understand and agree with the choices that the parents had made. But as we have experienced with Alvin, they are small children and they can easily turn back,’’ Carabinieri Lt. Col. Andrea Leo told The Associated Press.

Brignoli came back to Italy willingly, “convinced it was the best choice after the conditions she had lived in over the last 5 years,’’ Leo said.

Authorities are hoping she will help them locate other Italian families they believe are still in former ISIS territory.

After ISIS lost its territorial foothold, Brignoli and her children were captured by Kurdish forces and brought to a camp for displaced people in Al-Hol.Koraichi was also in the camp as a prisoner. Authorities said he died this month from an intestinal infection.

After the family’s arrival in Syria, Korachi had received training, participated in fighting and was prepared to carry out suicide attacks, authorities said.Koraichi, who also held Italian citizenship, helped others receive authorization to travel to ISIS territory, aiding in the recruitment and radicalization of at least two suspects who were arrested in April 2016 before they could leave Italy.