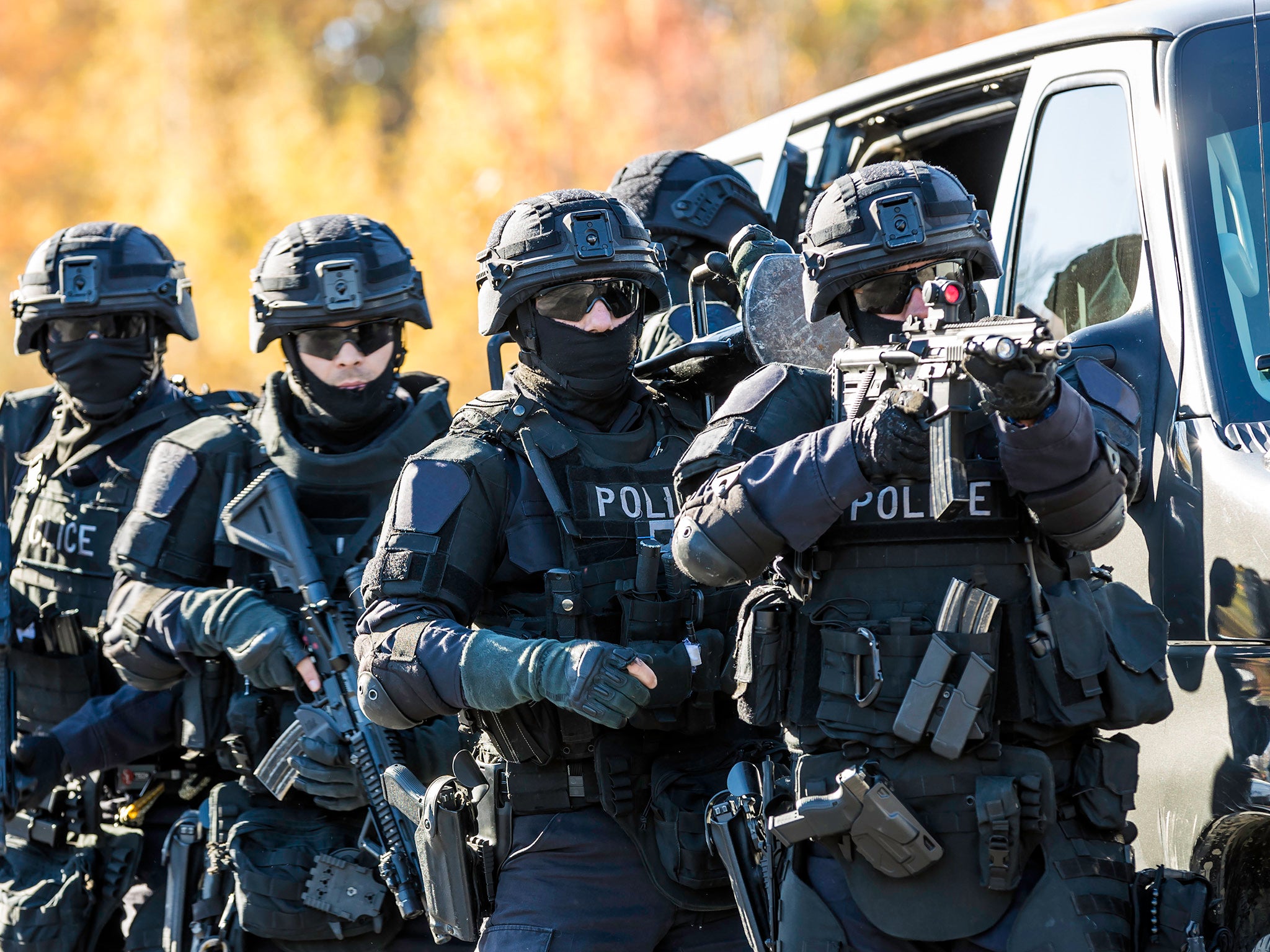 Independent – Teenage neo-Nazis are being arrested on suspicion of terrorism offences in record numbers as part of a “new and worrying trend”, the head of UK counterterror police has said.Assistant commissioner Neil Basu said children as young as 14 had been detained in the past year, and almost all of those investigated by police had been radicalised online.“We are seeing more young people being drawn towards terrorist activity,” he added.

“That is a relatively new and worrying trend in the UK, because just a few years ago we were not seeing anyone that young amongst our case work.“What concerns me most is this – there has been a sharp increase in extremist material online in the last few years, and Covid-19 has meant that vulnerable people are spending a lot more time isolated and online, and with fewer of the protective factors that schooling, employment, friends and family can provide.

“In my opinion that is a perfect storm, one which we cannot predict and that we might be feeling the effects of for many years to come.”Official figures show that between January 2019 and June, 17 children under the age of 18 were arrested on suspicion of terror offences.The vast majority were thought to hold extreme right-wing beliefs, and police are urging families to seek help over any worrying behaviour using a new website and advice line.

Senior officers are concerned that the coronavirus pandemic may mean that radicalisation is not spotted by teachers, social workers and mental health services because of ongoing restrictions.Earlier this month, a 17-year-old boy was jailed for preparing acts of neo-Nazi terrorism.Paul Dunleavy had researched how to convert a blank-firing gun into a live weapon, and provided “advice and encouragement” to fellow extremists online.

He communicated with fellow neo-Nazis and joined the Feuerkrieg Division group, which was later banned as a terrorist organisation.In an online test to join, he wrote that Jewish people “must be eradicated”, called fascism “the pursuit of restoring the natural order”, and said he wanted to “go out there and provoke” a race war.Another teenager, Harry Vaughan, was arrested at the age of 17 last year for encouraging neo-Nazi terror attacks online.

Vaughan had joined System Resistance Network, a spin-off of National Action which has since been banned, but was spared jail on 2 November.He admitted 14 terror offences, including encouraging terrorism, and two of downloading indecent images of children that were linked to occult beliefs and Satanism.Mr Basu said that Islamist terrorism remains the greatest threat to the UK, with the recent attacks in France and Austria causing the national terror threat level to be raised to severe.

He said it makes up around 80 per cent of the workload for counterterror police, but that far-right terrorism was the fastest growing threat, having jumped from 6 per cent to 10 per cent in recent years.“There has definitely been a growth in nationalistic material online, white supremacist literature, things that are extremely disturbing in the extreme right-wing space,” Mr Basu told the PA news agency.

“Some is designed to entice people into closed groups where criminality and Nazi ideology is being discussed. It does seem to be having an effect on younger and younger children.“In our case work in the extreme right wing space, the subjects of interest to us do appear to be younger.”The senior officer urged parents, friends and relatives to talk to their children about what they view online and seek support if they fear a loved one is being radicalised.

A new website called ACT Early, and dedicated advice line, has been launched to provide guidance and support.Mr Basu said that if people do not want to speak to the police, the website has details of third parties including well known charities that have trained advisors.The senior officer warned that terrorist groomers deliberately target children, and police ultimately want to stop them being criminalised.

“We have seen young and vulnerable people both with complex psychological needs, but also just young and curious, being drawn through mainstream websites into encrypted chat rooms and closed groups,” he added.“That’s when the really serious radicalisation and extreme ideologies start. It is entirely possible for those people to be groomed and radicalised in a very, very short period of time.”

A woman whose son was jailed in June for membership of the National Action terrorist group urged other parents to seek support before children are too radicalised to accept it.Kath, from the Families and Extremism Support group, said: “My son is now trying to rebuild his life in prison after being drawn down a path by extremists. But his story could have been so different if I had had advice and support like this available to me.

“I did know something was going wrong in his life but didn’t know enough about what it was, how to talk to him about it without arguments or where to go for help.”It comes amid an ongoing review of the Prevent counter-extremism scheme, which assisted more than 1,500 children under the age of 15 in the year to June.

Around 2 per cent of referrals are currently from family and friends, following warnings of a lack of trust in the programme and controversy over the mandatory duty on teachers and public bodies to report concerns.The government is in the process of appointing a new independent reviewer of Prevent after Lord Carlile stood down amid the threat of legal action over alleged bias.For help and advice visit www.actearly.uk, or call the national Police Prevent Advice Line on 0800 011 3764.