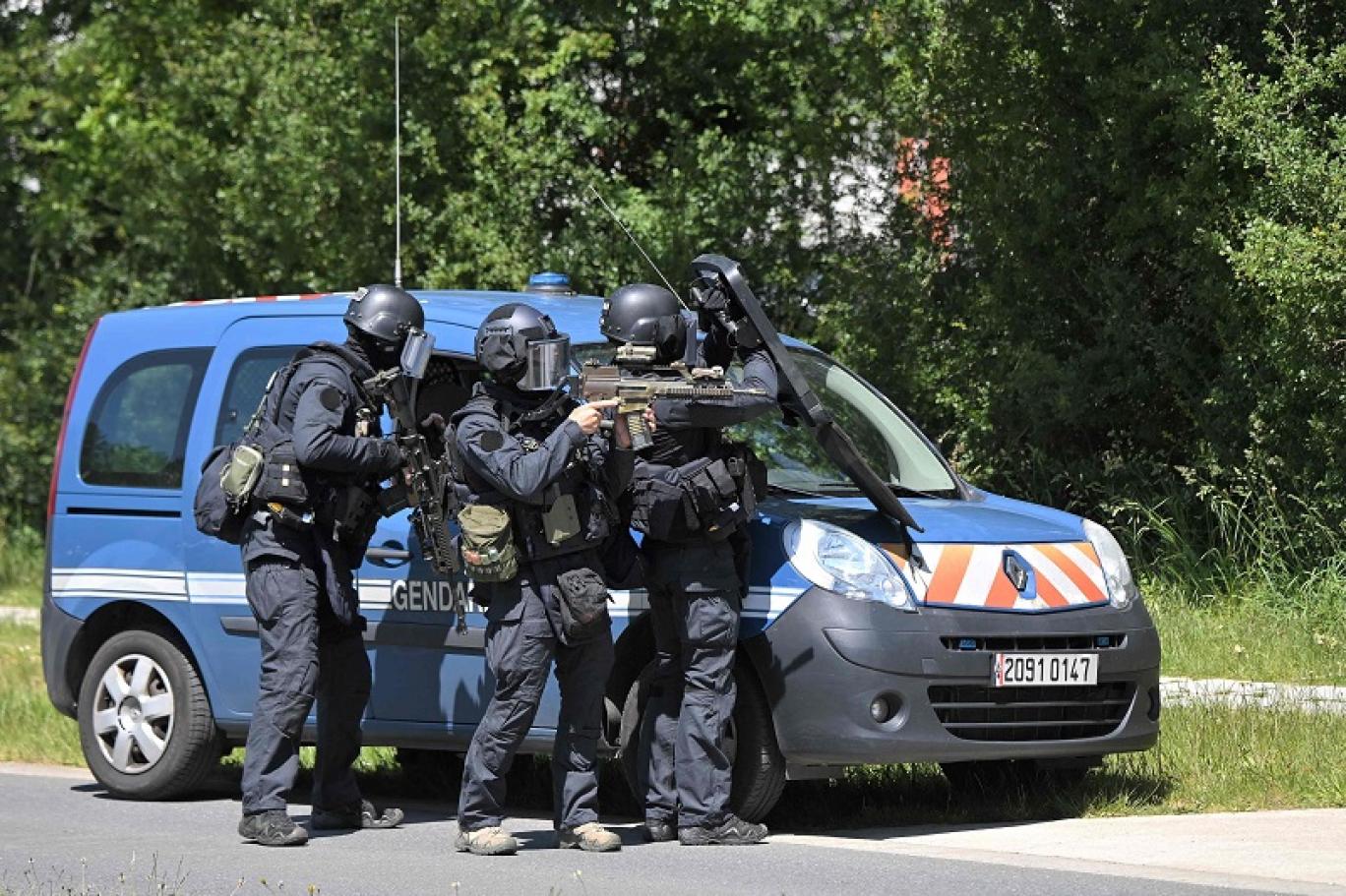 DW  – Police say an ex-prisoner who was on a watch list for Islamic extremism stabbed a police officer inside her station. The suspect later died following a shootout with police.A man was killed in a shootout with French police on Friday after he attacked and badly wounded a police officer with a knife in the western town of La Chapelle-sur-Erdre, officials said.French Interior Minister Gerald Darmanin tweeted that “the Gendarmes have neutralized the individual suspected of carrying out the knife attack on the municipal police officers in la Chapelle-sur-Erdre. Thank you and my thoughts for the officers injured during the arrest.”The attacker was severely wounded after he began to exchange gunfire with the police and died a short time later.

Darmanin said the assailant had been released from prison in March after serving an eight-year sentence for violent crime.He added that the man, a French citizen in his 40s, was on a watch list of potential terrorist threats because he was believed to have extremist religious views.”He was flagged in 2016 for a strict practice of Islam, for radicalization,” Darmanin said.The minister also said the suspect had been diagnosed with severe schizophrenia and had been receiving medical treatment following his release from jail.

What happened during the attack?

The suspect stabbed the police officer inside her station in La Chapelle-sur-Erdre, near the major city of Nantes, before stealing her gun. He attempted to flee in a car but a crash forced him to continue on foot. Authorities tracked him down after a manhunt involving helicopters, search dogs and more than 250 police officers.A shootout erupted as officers moved in to detain him. The suspect died and two officers were injured in the exchange of gunfire. During the manhunt, residents in the town of 20,000 people were told to stay indoors, while shops were closed and children were not allowed to leave school.

What has the reaction been in France?

French politicians responded to the attack with anger. Prime Minister Jean Castex called the act cowardly, while far-right populist Marine Le Pen tweeted: “How could a person known for radicalization, known for wanting to attack police officers, be out there, free to do harm?”Johanna Rolland, the mayor of Nantes, denounced what she described as a “despicable, unspeakable act.”

Series of attacks on police

A spate of violent attacks against police officers in France led the French government to pledge stricter sentences for anyone found guilty of attacking police.A police officer was killed during an investigation into a drug-dealing site in the southern city of Avignon earlier in the month, while another police employee was stabbed to death in a suspected extremist attack just outside of Paris in late April.