United Nation ـ As the West winds down its ‘war on terror,’ jihadists are filling the vacuum 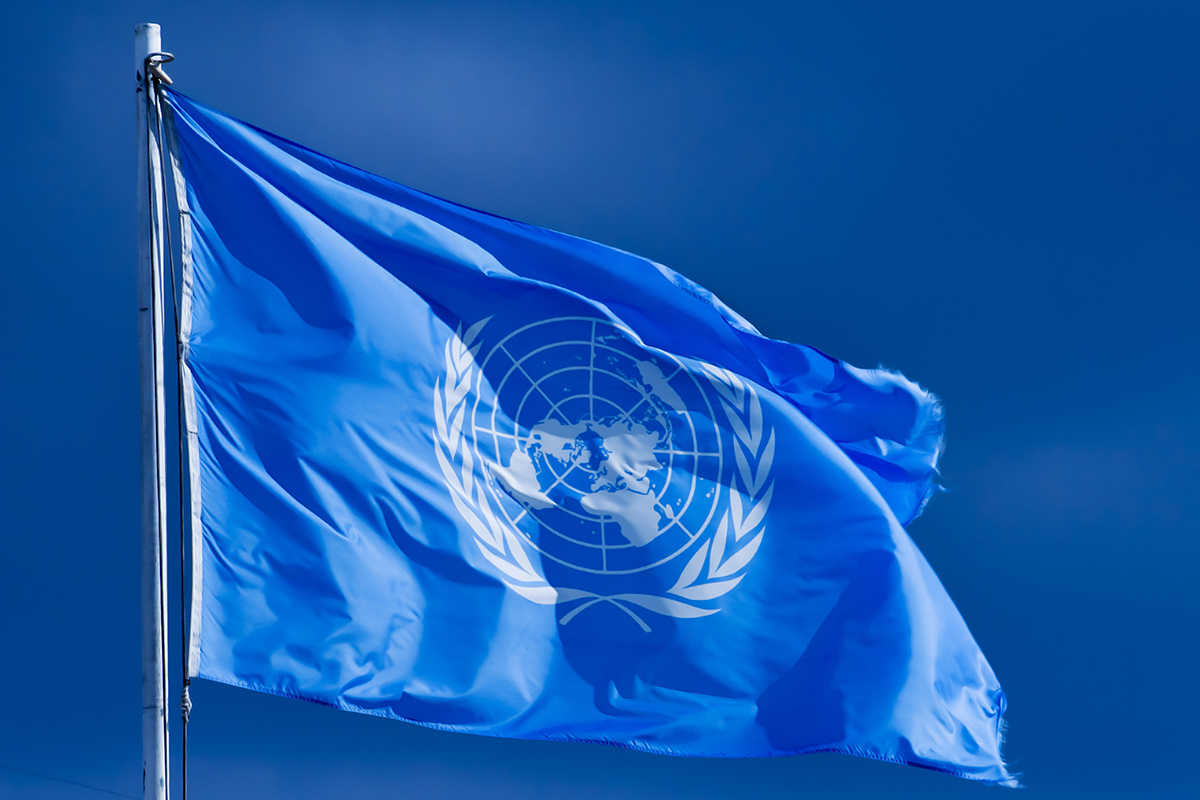 As the West winds down its ‘war on terror,’ jihadists are filling the vacuum, UN warns

(CNN) – As the 20th anniversary of 9/11 approaches, the United Nations is warning that the threat from terror groups such as ISIS and al Qaeda is not only resilient, but in many places expanding. A report to the Security Council by the UN monitoring team charged with tracking worldwide jihadi threats, published Thursday, warns that these groups pose a growing threat in much of Africa. And both are entrenched in Afghanistan, from where al Qaeda plotted the 9/11 attacks.

The UN report suggests a consistent pattern. Wherever pressure on jihadi terror groups is absent or negligible, they thrive. In Afghanistan, where the United States says it will complete its military withdrawal by August 31, the UN warns of a potential “further deterioration” in the security situation. In Somalia, the report says, US military withdrawal and the partial drawdown of the African Union Mission has left Somali special forces “struggling to contain” the al Qaeda affiliate Al-Shabaab.In Mali, where France is winding down its counterterrorism mission, the report says that al Qaeda-affiliated terrorists have consolidated their influence and are “increasingly claiming populated areas.” In Mozambique, the report says, “the absence of significant counter-terrorist measures” have transformed the ISIS affiliate in central Africa into a “major threat.”

Jihadi terror attacks have declined in Europe and North America — but the UN experts expect this is temporary because terrorist violence has been “artificially suppressed by limitations in travelling, meeting, fundraising and identifying viable targets” during the Covid-19 pandemic. At the same time, they believe the risk of online radicalization increased during the lockdowns.

“One of the things that we highlight in the report that’s just come out is the possibility that the relaxation of lockdowns might mean that some pre-planned attacks can then take place,” Edmund Fitton-Brown, coordinator of the UN monitoring team told CNN. The report makes for sobering reading at a time when the United States and its allies — exhausted by the pandemic and keen to focus on economic recovery and standing up to China and Russia, have all but called an end to the 20-year ‘war on terror.’ As one leading analyst recently put it: “We might be done with jihadis, but they are not done with us.”

Africa as the new epicenter of global jihad

The report warns that Africa is now “the region most affected by terrorism” — with al Qaeda and ISIS-aligned groups inflicting higher casualties there than anywhere else. In many areas, these groups are gaining support, threatening more territory, getting better weapons and raising more money.

Al-Shabaab is one of several terror affiliates to increase its use of drones for reconnaissance and has the ability to threaten low-flying aircraft in a region that depends on humanitarian flights to sustain vulnerable populations, the UN report says.Much of West Africa and the Sahel has in recent years been embroiled in jihadi violence. Last month Nigerian President Muhammadu Buhari acknowledged the country was still grappling with a serious insurgency despite setbacks suffered by Boko Haram, whose leader Abubakar Shekau reportedly died during an attack by the regional ISIS affiliate (ISWAP) in May.The UN monitors say that while Boko Haram is “significantly weakened,” ISWAP may get stronger in the Lake Chad region and try to extend its operations towards the major Nigerian city of Maiduguri.

The human toll of these insurgencies is stunning. In June, the United Nations Development Program estimated that Nigeria’s conflict with Islamist insurgencies through the end of 2020 had resulted in nearly 350,000 deaths, with 314,000 of those from indirect causes such as displacement and poverty.The UN monitors report that this year ISIS-affiliated terrorists have already killed hundreds of civilians in a series of attacks in Burkina Faso, Mali and the Niger. And al Qaeda-affiliated groups in the Sahel are making a concerted push towards the Atlantic coastline — with Senegal, Côte d’Ivoire, Benin, Ghana and Togo among countries at significant risk. On the other side of Africa, part of northern Mozambique is beyond government control. In March, the local ISIS affiliate briefly occupied the town of Palma — a critical hub in the country’s drive to develop its natural gas potential. The group collected between $1 million and $2 million from the looting of local banks, the UN report says, and is well positioned for future raids in the area.

A persistent threat in Syria, Iraq and Afghanistan

The threat from ISIS remains far from extinguished in Iraq and Syria, with the group bankrolled by estimated reserves of $25 million to $50 million. ISIS has “reasserted itself somewhat in Iraq” this year in the face of “constant counter-terrorism pressure,” the report says. Just this week, ISIS claimed a bombing in Baghdad which killed at least 30 people. The UN monitors say that according to member states, ISIS still has the “intent and capability to sustain a long-term insurgency in the Syrian desert” that borders Iraq. Elsewhere in Syria, the report states that “groups aligned with [al Qaeda] continue to dominate the Idlib area,” where terrorist fighters number more than 10,000. It says member states are concerned that jihadi fighters may relocate from that region to Afghanistan should the environment there become more hospitable. With the Taliban making rapid gains across Afghanistan, there is widespread concern the group will seize control of the country and allow it to once again become a platform for international terror. According to the UN report, al Qaeda is present in at least 15 Afghan provinces, and operates “under Taliban protection from Kandahar, Helmand and Nimruz Provinces.”

In a CNN interview this week, Taliban spokesperson Suhail Shaheen said the group had made a commitment “not to allow any individual or group or entity to use … Afghanistan against the United States, its allies and other countries” and said terrorists will have “no place” in an Afghanistan under Taliban rule.But Fitton-Brown says the Taliban “have not broken their relationship with al Qaeda. They haven’t taken any steps against al Qaeda that they could not easily reverse and quickly reverse.”The Taliban’s offensive across Afghanistan “doesn’t give the international community much confidence that they are moving towards a real commitment to a stable negotiated and ultimately peaceful settlement in Afghanistan,” he says.

There’s also concern that ISIS has a solid foothold in Afghanistan, with one member state reporting it currently has between 500 and 1,500 fighters. Despite being weakened in parts of eastern Afghanistan, the UN experts warn that ISIS’s regional affiliate “has moved into other provinces” and “strengthened its positions in and around Kabul, where it conducts most of its attacks.”

As for the leadership of these terror groups, it’s a time of transition and uncertainty. The UN report notes that Amir Muhammad al-Mawla, who took over as leader of ISIS more than 18 months ago, “remains reluctant to communicate directly with supporters.” It says ISIS’ “command and control over its provinces has loosened,” referring to its international affiliates.With al Qaeda leader Ayman al Zawahiri “assessed by Member States to be alive but unwell,” the UN report says it is uncertain where the group’s likely next leader would be based. Member States report that al Zawahiri’s “probable successor” is the veteran Egyptian terrorist Saif al Adel, who “is currently located in the Islamic Republic of Iran.”

The UN monitors say that were he to get the top job, it’s unclear that Adel would go to Afghanistan. They add that “some Member States point to his history of living and operating in Africa and assess that he might choose to base himself there.”

Concern over the next generation

Two decades on from 9/11, the ability of al Qaeda and ISIS to threaten the West is currently lower than it has been. But the UN report shows that the danger posed by international jihadi groups has metastasized, and that they are entrenched in under-governed areas just as Western powers are preoccupied with other issues.”It’s important not to take our eye off counterterrorism and particularly important not to stop improving international counterterrorism cooperation,” says Fitton-Brown.Well over a generation ago, the international jihadi movement was energized by the withdrawal of Soviet forces from Afghanistan. It is now celebrating the end of the United States’ military presence — and likely anticipating a new influx of recruits to propel the next generation of jihad — in Afghanistan and far beyond.