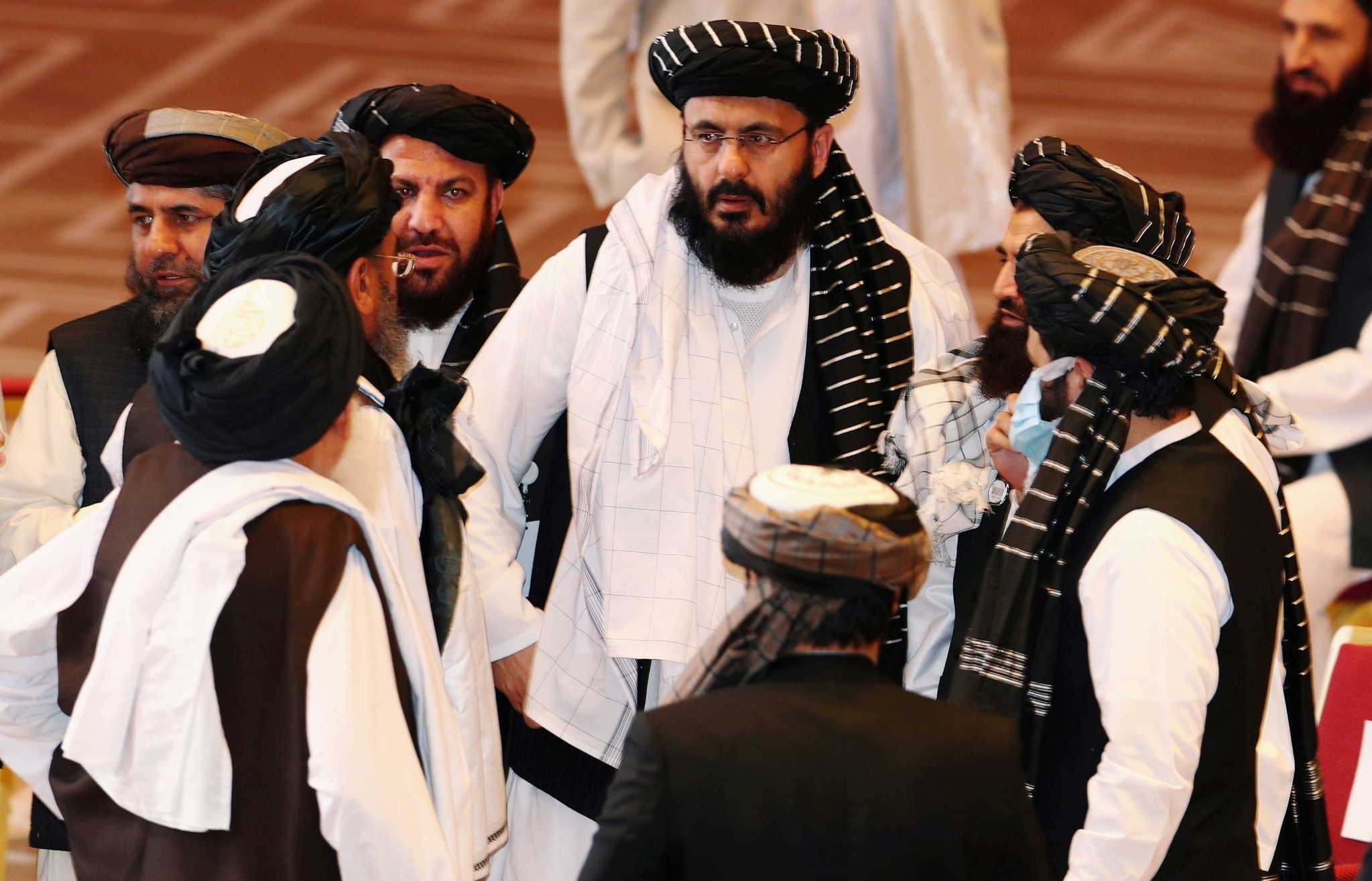 Express  ـ THE TALIBAN has been connected to the terror group Al-Qaeda. But experts think the new Taliban regime will have learned from its previous “strategic error” in publicly supporting Al-Qaeda decades ago. The US and the UK are now in the process of exiting Afghanistan after 20 years of military presence. As military forces prepared to depart Afghanistan in recent months, the Taliban reclaimed swathes of the country. The Afghan capital of Kabul fell to the Taliban on Sunday, with the group overrunning the presidential palace.

The September 11 attacks on the US, which killed almost 3,000 people, were planned by Al-Qaeda.   Before recent events unfolded, the Taliban had not held control in Afghanistan for 20 years.But now power seems certain, there are concerns for what this new Taliban regime could mean for the West.One major concern is whether the Taliban has retained its strong links to Islamist terror group Al-Qaeda, and whether the group will find support in a new Taliban government in Afghanistan.

The terror group found shelter in Afghanistan under the previous Taliban regime of 1996 to 2001, and it is in Afghanistan where Al-Qaeda planned their attacks. The US invaded the country in 2001 in response to the attacks, and the Taliban regime was ousted. Experts think the Taliban are now unlikely to be so public about their links to Al-Qaeda in light of the US’s decision to invade Afghanistan after 9/11. Jean-Pierre Filiu, a jihadism specialist at Sciences Po university in Paris, told AFP the Taliban do not want to make the same “strategic error” as they did when previously in power.

Mr Filiu said: “If the Taliban of 2021 are different from those of 2001, it’s not because they have moderated their religious obscurantism, but because they don’t want to make the same strategic error, which was their blind support for Al-Qaeda which cost them power.” There are concerns about what a resurgence of Al-Qaeda and terror groups in Afghanistan could mean for the West. Independent UN experts reported to the Security Council last month that Al-Qaeda is present in at least 15 Afghan provinces, consisting mainly of Afghan and Pakistani nationals, but also people from Bangladesh, India and Myanmar.

China’s deputy UN Ambassador Geng Shuang told the council: “Afghanistan must never again become a haven for terrorists. This is the bottom line. “We hope that the Taliban… make a clean break with the terrorist organisations.”  Sir Ivor Roberts, a former UK counter-terrorism chief and senior adviser to the Counter Extremism Project, a Washington-based think tank, told Metro: “This is a moment of extreme danger for the West. “Quite apart from disaster being visited on Afghan people, the West faces a renewal of the same terrorist threat which led to 9/11 and the rise of ISIS.

“Some reports have spoken of up to 20 terrorist groups providing foreign fighters to support the Taliban sweep through Afghanistan. “Alongside the power the Taliban has demonstrated over the last few days and the potential extremism potentially brewing beneath the surface, the UK and the West will bear the consequences. “This international catastrophe is coming straight to our door, in the form of an international terrorist threat.”