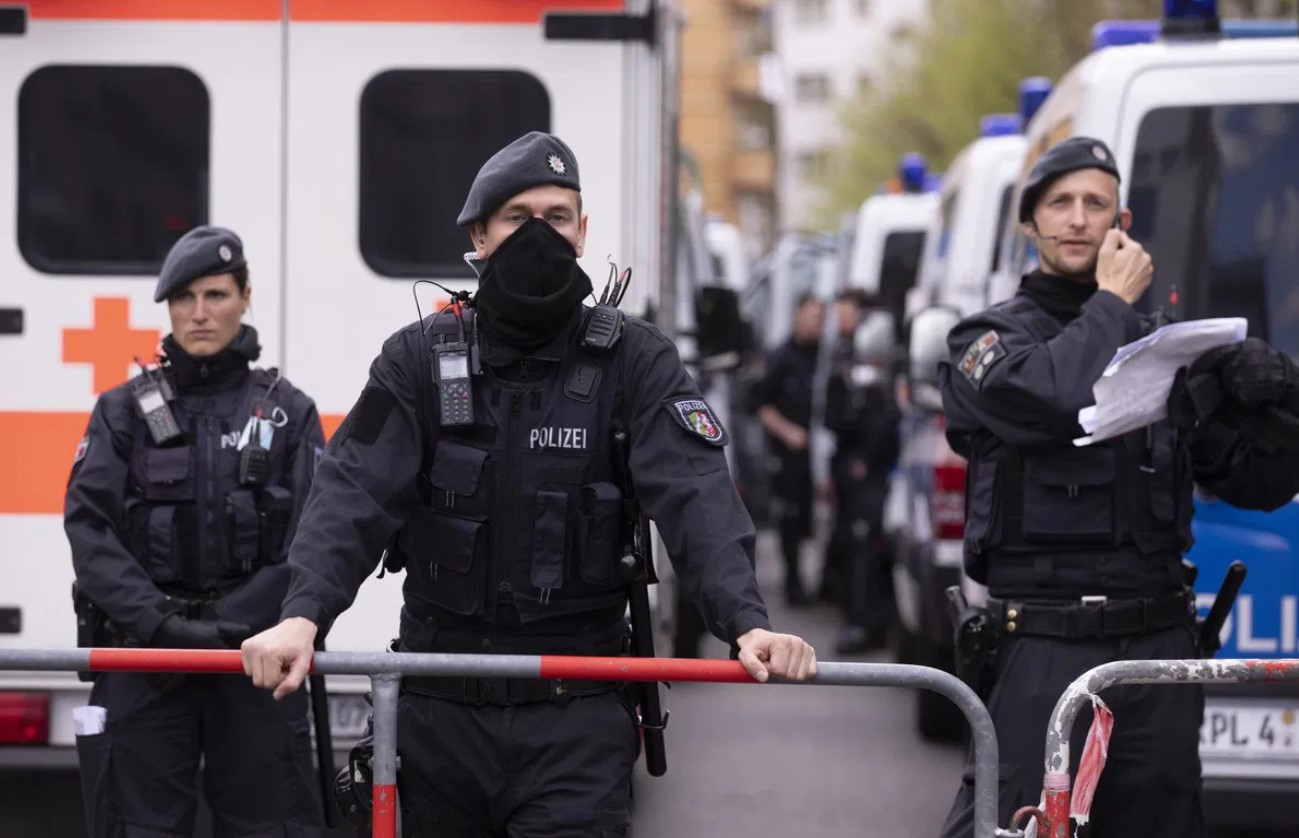 DW – On the 20th anniversary of 9/11, the Taliban flag is flying over Kabul again. A German police expert fears that Afghanistan could once again become a gathering place for jihadis — including from Germany.

Sven Kurenbach still remembers the images of the twin towers of the World Trade Center collapsing and the spontaneous minute of silence at the Berlin police department that followed. When Islamist terrorists weaponized passenger planes on September 11, 2001 — killing nearly 3,000 people — Kurenbach was still head of inspection for the Berlin police’s special units. Today he is Germany’s top investigator into jihadist activities.

Twenty years ago, Islamist terror was still largely an unknown for German security authorities, Kurenbach recalled recently at an event organized by “Mediendienst Integration” in Berlin. Just a dozen officers at the Federal Criminal Police Office (BKA) had been dealing with it.Since 2019, Kurenbach has headed the newly established Islamist-Motivated Terrorism/Extremism Department of the BKA. Around 500 criminal investigators, scientists, translators, and analysts work there to investigate Islamists, monitor dangerous individuals, and try to prevent attacks. Just recently Germany arrested a major suspected fund raiser for the “Islamic State.”

The fact that two decades after the attacks of September 11, 2001, the Taliban flag is once again flying over Kabul worries Kurenbach.”My fear is that the Taliban will tolerate a wide variety of terrorist organizations on their territory and that there will be training camps again,” he told DW. “They have always been there, especially in the border region of Afghanistan and Pakistan.”Kurenbach points to organizations that have disappeared from the headlines that already have a German reference in their name, such as the “Deutsche Taliban Mudschahidin” (German Taliban Mujahidin). “They were already making propaganda videos back then in the areas the Taliban controlled in Afghanistan.”

Kerstin Eppert, an Islamism expert from Bielefeld, has observed that various German groups are already exploiting developments in Afghanistan for propaganda purposes. According to her, the Taliban’s takeover of Kabul was “a gift for the movement in Germany. After the downfall of IS in Syria, Islamists are now again talking about a ‘victory for Islam.'”

More than 1,000 ‘dangerous’ and ‘relevant’ persons

According to police data, the number of so-called “dangerous persons” in the field of Islamist terrorism currently stands at 554, of whom 90 are in custody and 136 live outside Europe — for example in the northern Syrian rebel stronghold of Idlib. The somewhat vague term “dangerous persons” refers to people who police believe could commit “politically motivated crimes of considerable significance.”

In addition, there are another 527 “relevant persons.” These are people in the wider circle of those dangerous persons whom the authorities think could provide logistical or other support for terrorist acts.

The number of Islamist dangerous persons in Germany has fallen by around a quarter since December 2019. At that time, the federal government named 679 religiously motivated threats in response to a parliamentary question by the Free Democratic Party (FDP).

Islamic scholar Michael Kiefer confirms that since the failure of the “Islamic State” in Syria, militant forces have been pushed back in favor of classic Islamist networks. But Kiefer also emphasizes that the issue will remain relevant. A look at the reports of Germany’s intelligence service — the Federal Office for the Protection of the Constitution — confirms this. Twenty years ago, the topic of Islamism was still included in the section on “security threats and extremist efforts by foreigners.” The most recent report on the protection of the constitution has its own chapter on “Islamism/Islamist terrorism” that is just under 70 pages long.

The increase in Islamist movements worldwide and also in Germany has to do with the way the “war on terror” — proclaimed two decades ago by then US President George W. Bush — was conducted. The attack on Iraq in 2003 in violation of international law, the reintroduction of torture under the euphemistic term “enhanced interrogation techniques,” the decades-long detention of people without any court judgment at the US naval base at Guantanamo, the abuses by private security firms, and Bush’s “crusade” rhetoric all played a role in Islamist propaganda. “People were happy to take that up and develop their victim narratives from it,” Michael Kiefer explains. This has made it possible to make terror seem like a defensive war.

Political scientist Julian Junk of the Hessian Foundation for Peace and Conflict Research agrees. “We can state that the extralegal methods in the ‘War on Terror’ have had a mobilizing effect for Salafist and jihadist groups,” Junk told DW. “These experiences of injustice can contribute to radicalization processes, but they are rarely monocausal.”

But Junk also points to other factors that have played a role in the past 20 years such as developments in technology: “We now have drones, internet algorithms, the ability to organize quickly and transnationally in encrypted form and to share information and let ideas wander. All of this contributes to the feeling that there is more mobilization for terrorism, and, at the same time, more fear of it.” These new technologies, however, also open up scope for countering terrorism with preventive or policing measures, Junk said.

The keyword is prevention. More than 1,000 Germans left for the territory of the terrorist caliphate in Syria and Iraq after 2014 to join the “Islamic State.” The wave of departures took the German authorities by surprise, says Islamism expert Kiefer. But then the federal and state governments spent a lot of money on prevention programs. Kiefer says over €100 million ($120 million) are spent annually. These funds are directed specifically against Salafism. Its conservative interpretation of Islam often provides the ideological basis for militant jihadists. Salafists consider themselves the sole representatives of the true faith and devalue others. This extreme black-and-white thinking demonizes enemies and denies them humanity. As Michael Kiefer notes, this is a characteristic that Islamists share with right-wing extremists.