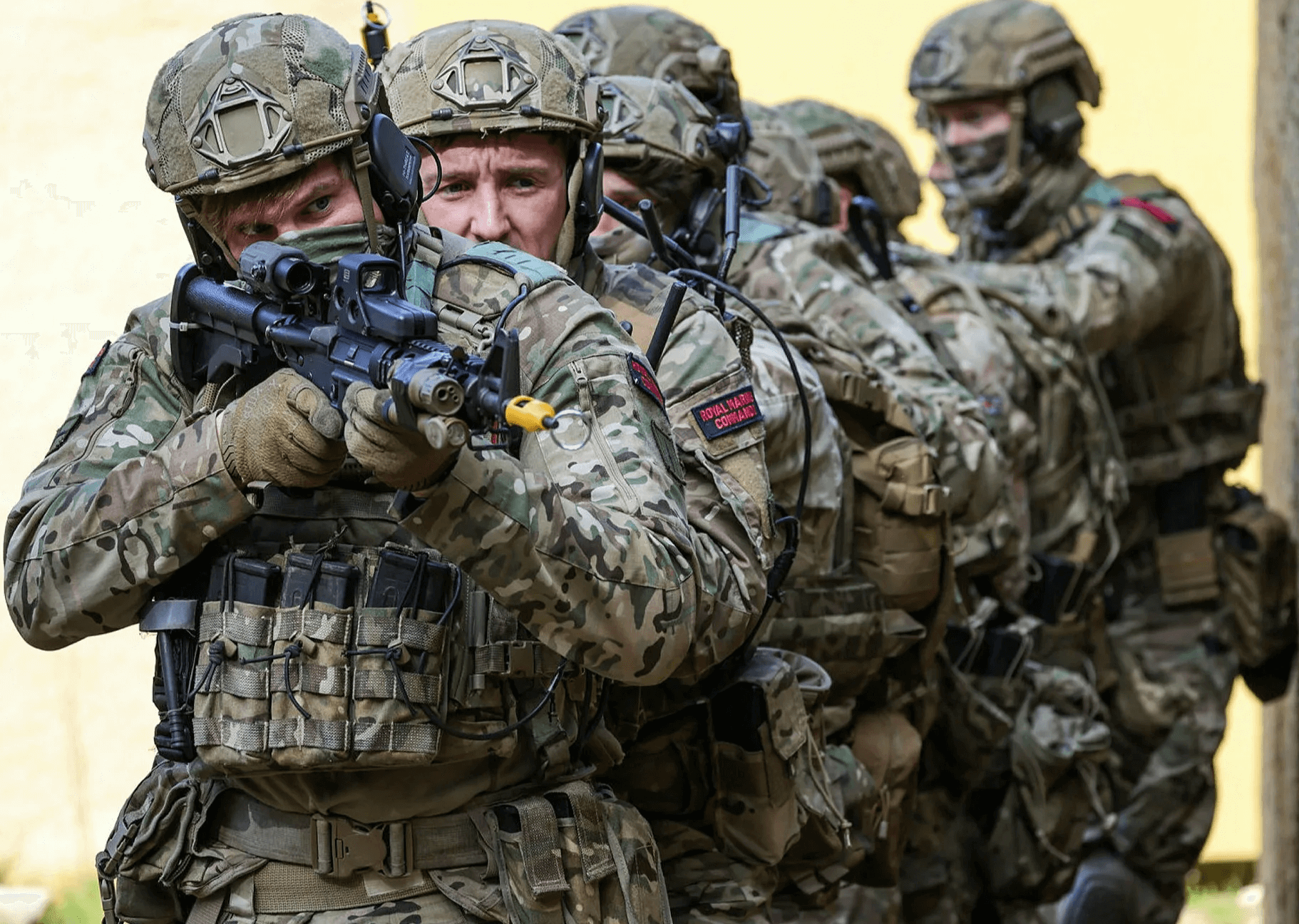 Thenationalnews – Defence chiefs talk up armed forces’ readiness to strike ISIS extremists in Afghanistan and around the globe.Britain’s defence secretary has used a trip to Oman to send a message that the Royal Navy is ready to use its most potent weapon to fight terrorists around the world.Speaking on board HMS Queen Elizabeth, Ben Wallace said that if extremists gained footholds in Afghanistan or elsewhere, then advanced jets from the aircraft carrier would be launched against them.Britain has a force of F35 fighter-bombers that can be flown off the carrier to strike at potential ISIS targets, either in the Sahel or Mozambique, as well as Syria and Afghanistan.

Speaking from the 60,000-tonne warship off Oman, Mr Wallace made clear that extremists would still be hunted down, despite British and Nato troops leaving Afghanistan and the subsequent Taliban victory.“If there is a growing terrorism threat from any part of the world, this ship can launch – if it needs to – a strike capability using the very best of stealth to deliver impact on people that might pose imminent threat to United Kingdom or our allies from the Gulf,” he said.It was “highly likely”, he said, that the carrier would be used to launch air strikes against terrorist targets, including within Afghanistan. “Whether that’s next week, next month, next decade – this carrier is in it for the long run.”

While HMS Queen Elizabeth is coming to the end of its six-month, 40,000-mile, maiden voyage, it has shown it can be used to conduct attacks against terrorists, which in June it did successfully against ISIS in Syria.Its F-35B Lightnings have a range of more than 1,600 kilometres and can carry a payload of 7,000 kilograms, including JDAM precision-guided bombs. Throughout the Afghanistan conflict, US aircraft carriers in the Indian Ocean were used as a base from which aircraft conducted strikes against insurgents.Defence sources suggest that Britain’s Royal Navy, which will be reinforced with the second carrier HMS Prince of Wales soon becoming operational, will use the warships against ISIS targets.

“The carrier is an optimal weapon for littoral strike against targets that are even deep inland,” one defence source told The National. “This could well include hitting ISIS bases either in East and West Africa or Afghanistan. This gives the UK real potency in the battle against terrorism. We are also looking at the concept and ability to launch specialist troops by helicopter for specific targeted operations.”Discussions about the warship’s potency this week featured in the annual Dragon Group meeting of Middle East defence leaders on board HMS Queen Elizabeth.

Hosted by Chief of the Defence Staff, Gen Sir Nick Carter, the briefing focused on current global threats, as well as the new combat capabilities of the carrier, the Ministry of Defence said.“The Dragon Group meeting aboard the HMS Queen Elizabeth was a tremendous opportunity to engage with our Middle East partners and discuss issues of mutual concern,” Gen Carter said. “The UK Armed Forces truly value our partnerships in the region and we continue to work with them to help them improve regional security, stability and prosperity.”As part of Britain’s “Pacific Tilt” strategy, the carrier travelled to the South China Sea where at times it was in proximity to Chinese fighter jets.

The Chinese kept a “professional” distance, turning away within missile-firing range at about 150 miles out, commanders said.”They were not engaging or locking us up,” said Commodore Steve Moorhouse, commanding officer of the UK Carrier Strike Group. “But the ranges at which they were flying at were indicative of what they would do for real.”During the voyage, warships from the Royal Navy and other nations that helped protect the carrier also tracked Chinese submarines.“If you are a nation that may want to cause mischief, harm or disrupt, I think you’ve definitely sat up and watched what the Queen Elizabeth is all about,” Cdre Moorhouse said.