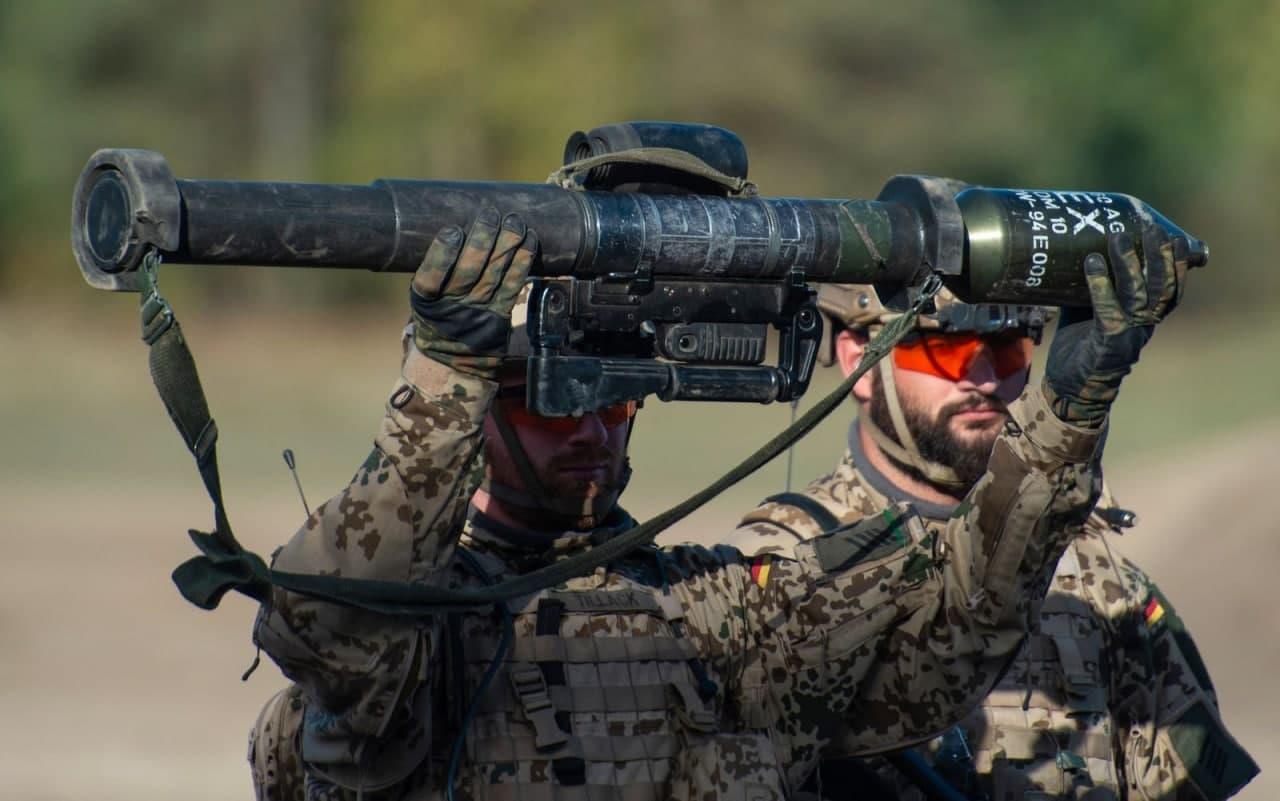 DW – The criticism against German Chancellor Olaf Scholz has been unrelenting. He’s been accused of stalling and breaking his promises over sending heavy weapons to Ukraine. DW looks at some of the main points of contention. The German government has listed several reasons why it’s been unable to dispatch heavy weapons to Ukraine. Do those claims hold up? Several of its explanations are listed below.

Germany is simply following the lead of its allies

This has been Chancellor Olaf Scholz’s mantra since the outbreak of the war. He has said he’s doing everything in close coordination with NATO and EU partners. “Look at what our allies are doing, for example our friends in the G7,” he said at a press conference on Tuesday, pointing out that countries like Canada, the United Kingdom and the United States were supplying the same weapons that Germany was sending.But on Thursday, the US announced a new military aid package worth $800 million (€740 million) for Ukraine, including for heavy artillery. That brings the total to more than $3 billion in aid since Russia launched its invasion on February 24.

By contrast, as of early April, the latest information that has been made available, German spending for Ukraine’s military defense stood at around €186 million, according to the Economic Affairs Ministry. That was mainly used to buy rocket-propelled grenades, anti-aircraft rockets, machine guns, ammunition and protective gear — but not heavy weapons.Professor Carlo Masala, a defense and security expert at the Bundeswehr University Munich, said Scholz is on the one hand delivering a message to the Russians by saying Germany is still holding back on heavy weapons. On the other hand, it’s also a signal to the domestic audience and his center-left party, the Social Democrats.

“This is an issue which is now being debated among various groups in the Social Democratic Party, and he needs them in parliament. He needs all those people who don’t want to deliver heavy weapons because they think that this will escalate the conflict and that Germany will become a target of Russian activities,” he told DW. While that’s a justifiable concern, it’s difficult to reconcile with the news that several Western countries, including the US, the UK and the Netherlands, have delivered heavy weapons, according to a recent tweet from Ukrainian lawmaker Lesia Vasylenko.

The Czech Republic has reportedly also signed off on sending several dozen Soviet-made T-72 tanks and BMP-1 infantry fighting vehicles. The US announced last week that it would quickly deliver 11 Russian-built Mi-17 helicopters, 200 M113 armored personnel carriers and 90 155-mm field howitzers with 40,000 artillery shells — all of which would qualify as heavy weapons.Per the Treaty on Conventional Armed Forces in Europe, heavy weapons refers to all tanks and armored vehicles, and all artillery 100 mm and above. Combat aircraft and combat helicopters are also classified as heavy weaponry.

Bundeswehr is stretched to its limits

Germany has said it is unable to send more military aid to Ukraine, because it would then be unable to fulfill its national and NATO obligations.

“Here, we now have to recognize that the options we have are reaching their limits,” Scholz said on Tuesday. The Bundeswehr has said it needs its heavy weapons to guarantee national and alliance defense obligations. This applies, for example, to Marder infantry fighting vehicles or the self-propelled howitzer 2000, a heavy artillery gun.

“In order to ensure the operability of our army, we need the weapons systems,” Deputy Inspector General Markus Laubenthal told public broadcaster ZDF on Wednesday. He said the Marder tank is needed for national and NATO commitments.The Marder is a combat system that includes guided missiles, handheld weapons and ammunition and requires extensive training. Although the training time could be shortened, “it is still a matter of weeks, and the equipment would have to be prepared,” said Laubenthal.

His comments came in response to remarks by Andriy Melnyk, Ukraine’s ambassador to Germany, one of the most vociferous critics of Berlin’s approach.”The claim that the Bundeswehr would not be able to deliver anything to Ukraine is not comprehensible,” Melnyk said recently. He said the force has around 400 Marders. Of those about 100 are used for training and could therefore be handed over to Ukraine immediately, he added.Defense expert Masala said the government is using this excuse as a pretext. “If the defense of NATO’s territory depends on, let’s say, 20 German tanks, then we shouldn’t even try to defend NATO’s territory because this would be disastrous,” he said.

Available arms are of no immediate use to Ukrainians

The government’s argument is that the Ukrainian soldiers can only handle weapons they are familiar with. That includes the logistics of being able to carry out repairs with the corresponding spare parts.Masala sees this as a valid concern. “What happens if there is a problem, a technical problem with the Marder? You don’t have the spare parts. You don’t have the technicians who can repair it,” he said. “You need to make sure that there is a logistics line going into Ukraine where they have spare parts, where they have trained technicians.”

The question is whether it wouldn’t be more effective to put the tanks in Ukrainians hands now and worry about logistics later. On that point, Masala agrees.”Train them to use the model, send them over to Ukraine. If they can use the Marder for three weeks, it’s better than nothing. If the Marder breaks down, then OK, bad luck,” he said. “In the meantime, we can work on the logistic chain for the supply of spare parts. So once again, it looks to me like a pretext not to send them because it’s a political decision not to send heavy armor into Ukraine.”

Former NATO General Hans-Lothar Domröse is dismissive of the claims that extensive training would be required to master the Marder combat vehicles.”We’re talking about seasoned Ukrainian commanders who have been fighting since 2014. They don’t need to be told how to use them. Those who have been using the Soviet BMP-1 model can familiarize themselves with the Marder in under a week and operate it,” he told public broadcaster WDR on Thursday.

Scholz has said Berlin is releasing more than €1 billion to enable Ukraine to finance purchases of military equipment from Germany. He listed anti-tank weapons, air defense equipment and ammunition as examples, but did not mention the tanks and planes Ukraine has been asking for.Bild reported that German defense companies initially offered to supply heavy weapons such as Marders, Boxer armored vehicles, Leopard 2 tanks and self-propelled howitzers. However, according to the daily tabloid, those items now appear to have been crossed off the list.

“There are some heavy weapons on the list, but definitely not tanks. So, tanks seem to be a red line for the German government right now. Whether we can keep the red line depends, of course, very much on the development of the war in the coming weeks or months,” said Masala.The criticism of Germany’s foot-dragging appears to have made an impression. On Thursday, Foreign Minister Annalena Baerbock said at a press conference in Estonia that “there are no taboos for us with regard to armored vehicles and other weaponry that Ukraine needs,” a reference to the possible supply of Marder vehicles.

The workaround for Germany appears to be a plan to backfill the stocks of allied countries that have weaponry to spare with modern German-made gear. As Germany’s stocks are reportedly depleted, Eastern European NATO countries that still have Soviet-era weapons in their possession would “make these weapons available, as has already happened in several cases,” said retired Bundeswehr Colonel Wolfgang Richter, a senior associate with the German Institute for International and Security Affairs.

Defense Minister Christine Lambrecht on Thursday confirmed the planned exchange with NATO and the EU. “We’re talking about tanks, infantry fighting vehicles, it’s about different options that individual countries have that they can hand over. We’re in talks and it’s happening very quickly now,” Lambrecht told commercial broadcaster RTL/n-tv.One option the government is working on is an exchange with Slovenia. The NATO partner would send several of its Soviet-era T-72 battle tanks to Ukraine; to compensate, Germany would then provide Slovenia with Marders from its own supplies.

Another creative workaround is reportedly being arranged with the Netherlands. “The Netherlands are going to send the self-propelled howitzer 2000, an extremely modern German weapon, and we’re going to provide [the Ukrainians] with ammunition and the training, probably on German soil,” said Masala.This approach could relieve some of the pressure and deflect criticism. However, as Masala pointed out, it won’t last long.”Our Eastern European partners are running out of old Soviet weaponry. And the Soviet tanks sent by Poland, Slovakia or Slovenia are going to be destroyed during this war,” he said. “Ukraine will run out of these weapons too. At a certain point, the question will come back: whether to train Ukrainians and deliver modern Western weapon systems.”