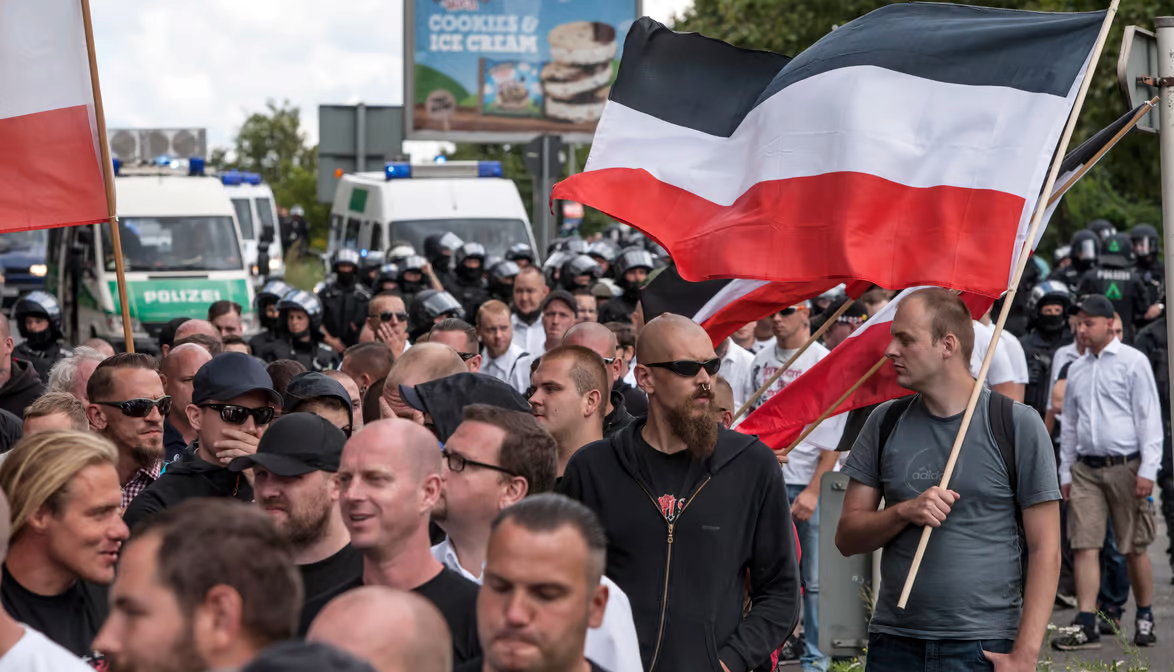 DW – The suspect is accused of belonging to a far-right criminal organization that sought to spread antisemitic propaganda by selling books. His group allegedly had storerooms stocked with thousands of texts.The German federal prosecutor’s office has arrested a suspected member of a right-wing extremist criminal organization for allegedly spreading antisemitic and Nazi ideology. German national Matthias B. was taken into custody in Röderaue in the eastern state of Saxony, a statement from the prosecutor’s office said Wednesday. Authorities raided his property as well as the homes of three other suspects. The four individuals are suspected of belonging to an extremist criminal group that runs a publishing house known as “Der Schelm,” the statement said. That name has many potential translations into English, including the rogue, the knave, or the imp.

What are the suspects accused of?

The prosecutor’s office said the group committed sedition and used the publishing house to disseminate Nazi propaganda. The suspects allegedly distributed extreme far-right books and had storage rooms stocked with several thousand texts that were printed abroad. The prosecutor did not name any of the published works. It said only that Matthias B. played a leading role in the operation, processing online orders and instructing other members of the group to ship the books. He is expected to appear before a judge on Thursday. Wednesday’s arrest came two months after a nationwide police operation that involved 800 police officers and searches at the homes of 50 suspected right-wing extremists. Four key individuals were arrested.

Germany has multiple laws prohibiting the dissemination or display of various Nazi-era symbols, gestures and utterances, including but not limited to the swastika, the Nazi salute and the phrase “heil Hitler.” Exemptions apply if they are used in the proper historical context or as a means of education or explanation — say at a museum exhibit, in a history documentary, or even in movies and other works of fiction — although there are several gray areas within the laws. Publishing is one such area.

Strictly speaking, banning the publication of books in Germany is almost impossible and prohibited by the constitution — however, once a book is on the shelves, publishing houses can then face prosecution for its contents if it is deemed to violate criminal or other pertinent laws. Most, therefore, use their own discretion for new works, and known historical works are labeled as in breach of German law. Der Schelm had ignored regulators’ calls to pull several of its offerings, which it had been importing from abroad. Its company website uses an internet address suggesting it is in Thailand rather than Germany