Al-Qaeda Is Down But Not Out 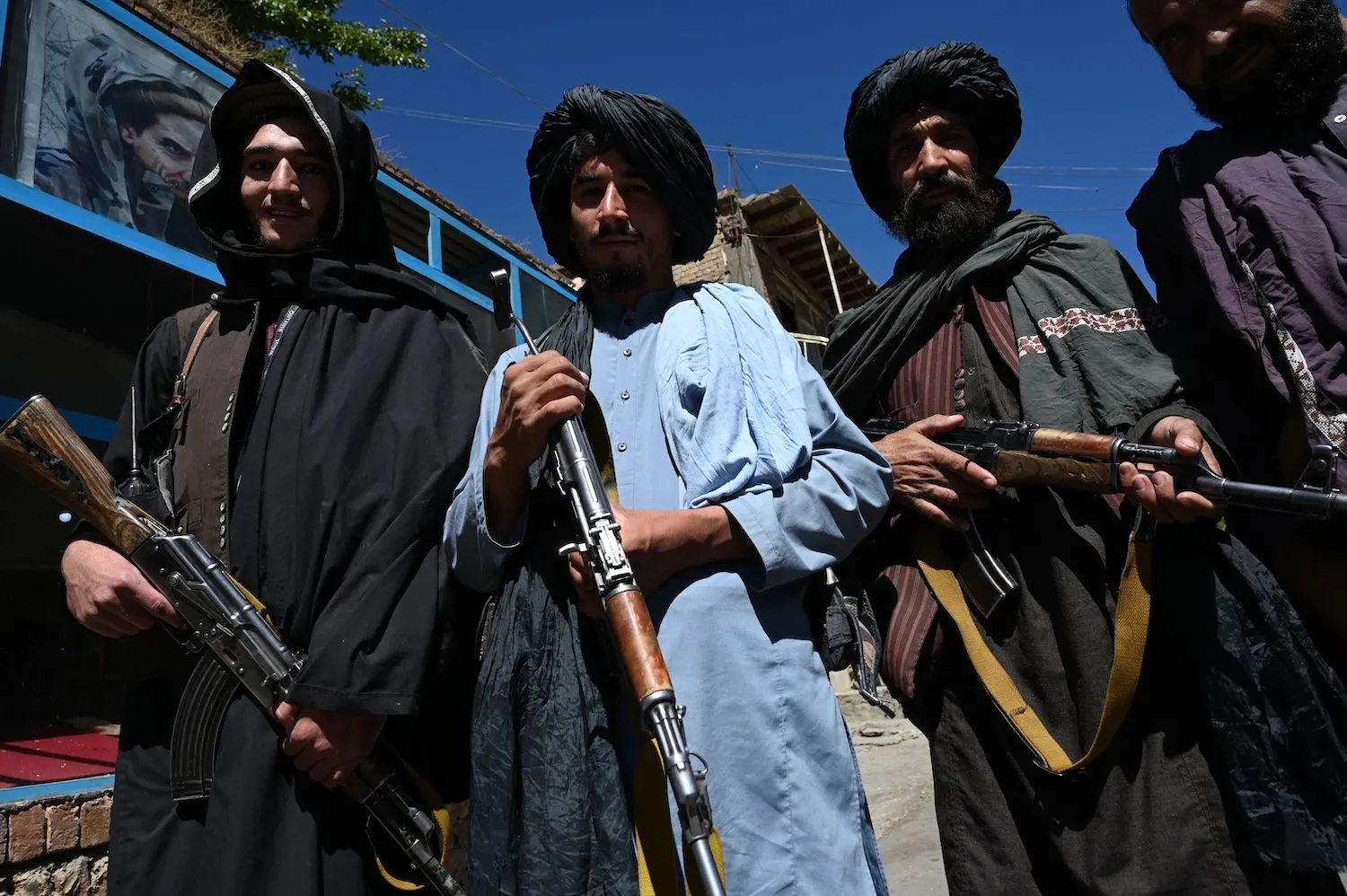 Al-Qaeda Is Down But Not Out

Two Decades After Start Of U.S. War On Terror, Al-Qaeda Is Down But Not Out

Rferl – On October 7, 2001, the United States began bombing Taliban-ruled Afghanistan in a retaliatory military campaign against Al-Qaeda for orchestrating the 9/11 attacks that killed nearly 3,000 people.Twenty years later and nearly two months after Washington ended its war in Afghanistan, Al-Qaeda is down but not out.With its Taliban allies firmly back in power, the global terrorist network could swiftly reclaim its sanctuary in Afghanistan. However, Al-Qaeda is thought to be contemplating a new approach to advance its global jihadist goals.

“Al-Qaeda’s literature shows that it had planned the 9/11 attacks to drag the U.S. into a long war with the jihadists in Afghanistan so that it can be defeated there,” said Abdul Sayed, a researcher following Islamic radical groups in South Asia.In light of this strategy, he said, it is easy to understand why the Taliban, Al-Qaeda, and other jihadists have declared the U.S. withdrawal from Afghanistan a victory against the global superpower.

Sayed said Washington was unable to achieve its primary goal despite a drawn-out military campaign that cost trillions of dollars and led to sustained conflict. “The U.S. fought for two decades against Al-Qaeda in Afghanistan, but the group is not eliminated and still enjoys safe havens in the country,” he told RFE/RL’s Gandhara.Senior U.S. security officials are now warning that Al-Qaeda is capable of swiftly rebuilding its base in Afghanistan and orchestrating attacks on U.S. soil within the next one to three years.

“We are, of course, concerned that there will be an opportunity for a safe haven to be re-created there, which is something we’ve seen in the past,” FBI Director Christopher Wray told a Congressional panel late last month.The Taliban, however, has reiterated it will not let Afghanistan become a threat to regional or global security once again. “We are committed to the fact that, from Afghanistan, there will not be any danger to any country,” Taliban spokesman Zabihullah Mujahid recently said.

But experts remain skeptical about the strength of the Taliban’s word. Michael Semple, a former European Union and United Nations adviser in Afghanistan, said that even after pledging to prevent Afghanistan from being used as a base for Al-Qaeda as part of its agreement with the United States signed in Doha in February 2020, the Taliban has only acted to keep its foreign militant allies out of view instead of reining them in.

Semple, who worked in Afghanistan during the Taliban’s first stint in power in the 1990s, said he is not surprised that the Taliban is acting against what its leaders publicly pledged. Instead of the inclusive and moderate government it had promised, the Taliban formed a government exclusively made up of its senior leaders and has reimposed strict policies from its former hard-line regime. Semple said the Taliban is unlikely to honor its counterterrorism commitments in the Doha agreement, which specifically promised that the Taliban would not allow Al-Qaeda to operate out of Afghanistan.

“The department for selling the Taliban is different from the department for running Afghanistan. They don’t pay any attention to each other,” Semple told RFE/RL’s Gandhara. “One department is doing the pretty picture to go on the box while another department is putting things to go inside the box, and the two departments don’t really relate to each other.”Semple, now a professor at Queen’s University Belfast, sees the ascendence of the hard-line Haqqani network, a Taliban military wing, within the new government as evidence that Al-Qaeda will have no problem reclaiming its sanctuary in Afghanistan.

“If you are a member of Al-Qaeda trying to make arrangements to keep your leaders and key operatives safe and out of view and avoiding trouble from the local authorities, what more could you dream of than to have your well-wishers take over the Interior Ministry?” Semple said, alluding to the appointment of Sirajuddin Haqqani, head of the Haqqani network, as the interior minister.Washington has designated Haqqani a global terrorist, and he still carries a $10 million bounty for information leading to his capture. The Taliban has not issued a photo of him since he assumed office late last month. Multiple sources in Kabul told RFE/RL’s Gandhara that he frequently changes location and keeps his movements secret out of fear that Washington will target him through remotely piloted drones.

Semple, however, said that Al-Qaeda is savvy enough to avoid drawing attention to its emerging Afghan base or its Taliban hosts possibly by orchestrating attacks from Afghanistan.

“The alternative model is that they inspire and then advise or help sympathetic Muslim militant organizations who are fighting against Western-leaning governments in other parts of the Muslim world,” he noted. “That is not something that will take two years to deliver; it is something that they are already busy doing.”Neighboring Tajikistan, where the government is staunchly opposed to the Taliban takeover, has complained about the Taliban equipping a militant group that includes its dissident citizens. Dushanbe has banned the Jamaat Ansarullah group, which has an avowed goal of overthrowing Tajikistan’s secular government.

The emergence of such groups has further eroded confidence in the Taliban’s counterterrorism promises. The militants have already opposed the long-haul U.S. drone flights that officials in Washington say are part of their “over the horizon” strategy aimed at keeping terrorist groups in check.”We don’t have an agreement with a neighboring country,” General Frank McKenzie, head of U.S. Central Command, recently told lawmakers to explain the challenges of employing aircraft to monitor possible terrorist regroupings in Afghanistan. “We’re not based in any neighboring country.”

Semple said counterterrorism concerns are central to regional giants Russia’s and China’s dealings with the Taliban. He said both have been quite forward leaning in their engagement with the Taliban-led government, but their calculations might change if the Taliban fails to address their concerns over terrorist threats emanating from Afghanistan.”You could imagine a situation in which Russia and China are onboard with a broader international effort to support a more responsible administration in Afghanistan,” he said.